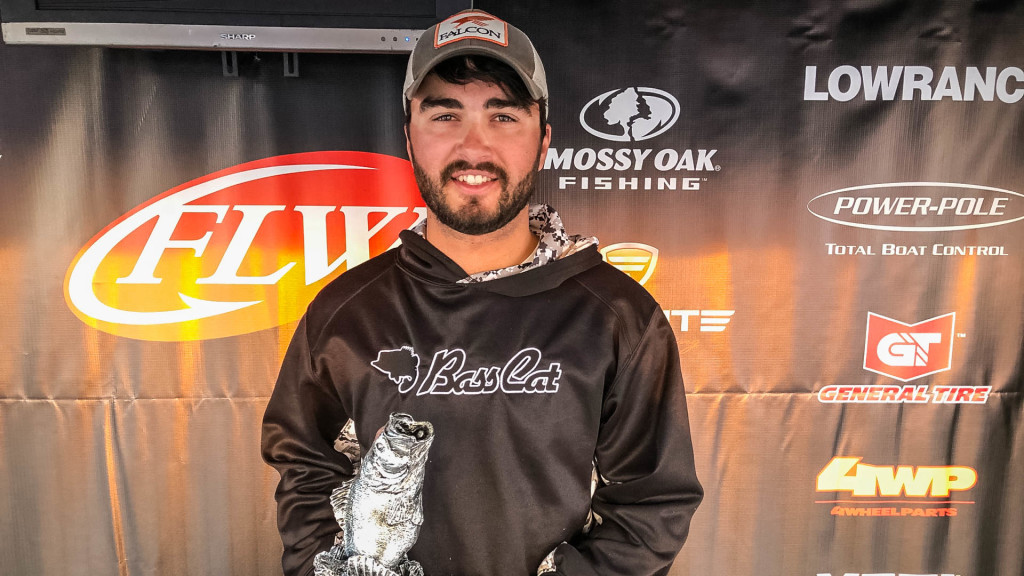 The tournament was the first of five events in the Ozark Division presented by Tournament Anglers Group.

“I caught all of my fish today on an Alabama rig and a Strike King Coffee Tube,” said Blevins, who earned the first win of his FLW career. “I weighed in two black bass on the A-rig and three smallmouth on the tube.”

Blevins said his tube of choice was a green pumpkin-melon-colored 3½ inch Strike King Coffee Tube, and he used sexy shad-colored Keitech 3.3 swimbaits on his Alabama rig.

“I was fishing a 15- to 20-minute run from takeoff – near Shell Knob – running windy gravel points, fishing in 25 to 30 foot of water. The smallmouth were in 15 feet,” Blevins said.

“I’ve been so close to winning before,” Blevins went on to say. “I’ve finished second and had a couple of third place finishes, so it feels good to finally get one.”

Lippe took home an extra $500 as the highest finishing FLW PHOENIX BONUS member. Boaters are eligible to win up to an extra $7,000 per event in each Phoenix Bass Fishing League presented by T-H Marine tournament if all requirements are met. More information on the FLW PHOENIX BONUS contingency program can be found at PhoenixBassBoats.com.

Singer caught the largest bass in the Co-angler Division, a fish weighing in at 5 pounds, 15 ounces. The catch earned him the day’s Co-angler Big Bass award of $500.