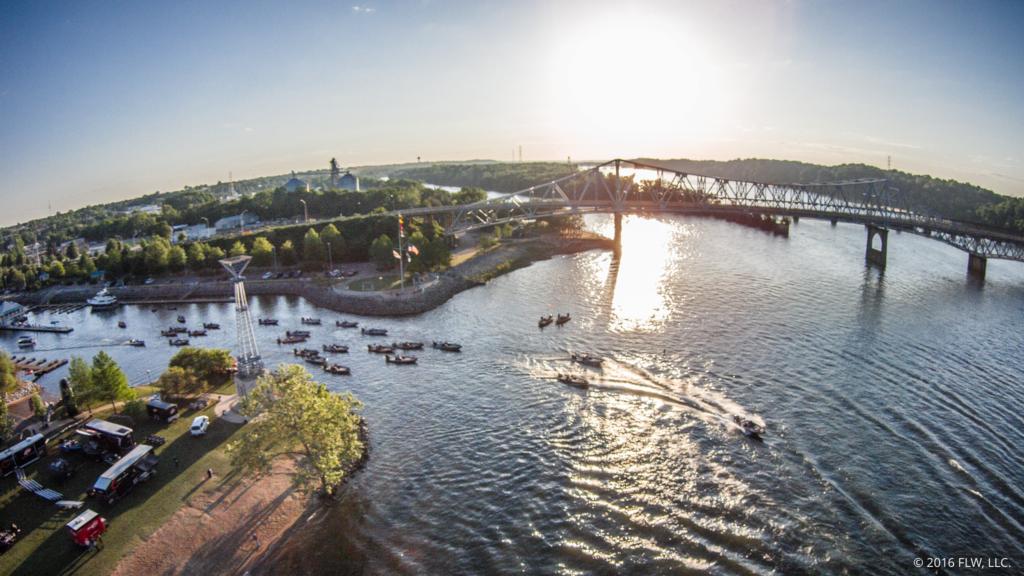 FLORENCE, Ala. – FLW is set to return to tournament competition next week in Florence, Alabama, with the three-day Toyota Series event at Pickwick Lake, May 28-30. Hosted by Florence/Lauderdale Tourism, the event will feature a return to action for the region’s best bass-fishing pros and co-anglers.

The event will be the first FLW tournament held since the organization paused all competition in mid-March due to the coronavirus pandemic. The tournament will be held under an abundance of caution, with limited attemdance to anglers and essential tournament staff only. Fans are encouraged to forgo daily takeoffs and weigh-ins and follow the event online through “FLW Live” weigh-in broadcasts and coverage at FLWFishing.com.

“It’s definitely going to be an offshore deal, and it’s going to be a slugfest,” said Tackle Warehouse Pro Circuit rookie Cole Floyd.

Floyd said that on Kentucky Lake, the fishing has been a little behind this year, but he thinks that only makes the timing better at Pickwick.

“I’ll usually start finding fish out on mid-range stuff now, or a week before now (mid-May),” said Floyd of the offshore bite. “It’s kind of behind here (at Kentucky Lake). We haven’t had a shad spawn yet, and usually it’s going on now. I’ve heard that it hasn’t quite happened yet there (at Pickwick), but I think this tournament will hit it right on the nail.”

For catching offshore fish, Floyd thinks that cranking will be clutch, as that’s usually one of the best early producers offshore on the Tennessee River. Other traditional ledge-fishing baits will work as well, including football jigs and other dragging baits. Swimbaits, hair jigs and fluke-style baits on Scrounger-style heads could also produce, and they have a history of success in the summer on Pickwick.

For the shallow-water stuff, Floyd said that big spinnerbaits can be very good around spawning shad. Big, shallow-running crankbaits may also be a good bet to catch the better-than-average largemouth that are shallow and gorging on big gizzard shad.

“I bet it’s going to be crazy. There will also be guys that catch them out of shallower stuff, too. They will be tough to beat if they find that stuff,” Floyd went on to say. “I bet the weights will be crazy. I’d say it’ll take high 60s to win over three days.”