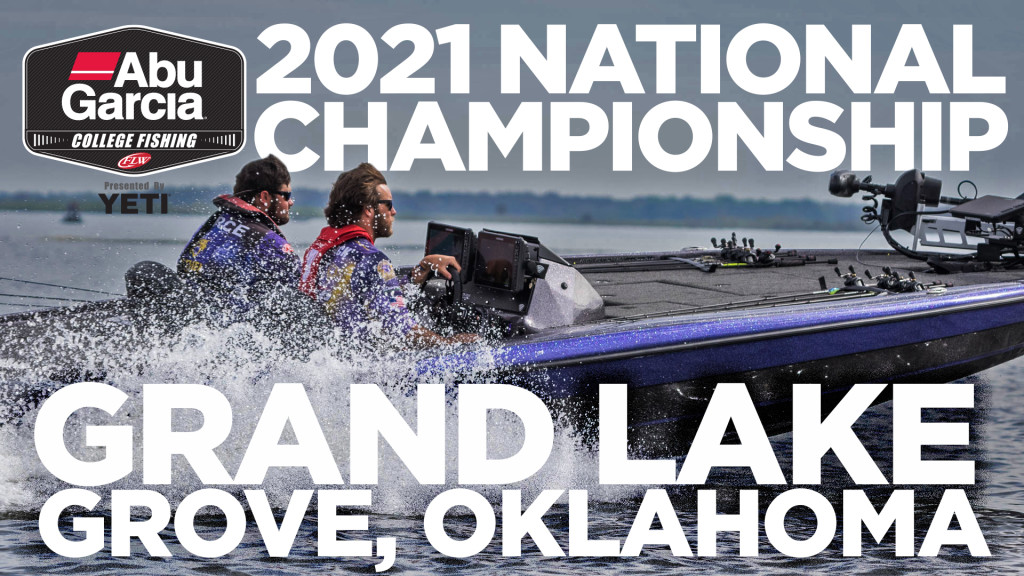 GROVE, Okla. – FLW announced Monday that the 12th annual Abu Garcia College Fishing presented by YETI National Championship will be held on Oklahoma’s Grand Lake O’ the Cherokees in 2021. The tournament, slated for March 3-5, showcases the nation’s best collegiate anglers and awards the winners a $33,500 prize package, including a new Phoenix 518 Pro bass boat with a 115-horsepower Mercury outboard and automatic entry into the 2021 Toyota Series Championship where they will compete for a top prize of up to $235,000.

The event on Grand Lake will directly follow Major League Fishing’s REDCREST, the Bass Pro Tour’s championship event and outdoor show. Although the fishery has never hosted a collegiate national championship, Grand Lake has played host to numerous major bass-fishing tournaments over the years and proved to be a fantastic fishery as anglers hauled in high numbers of solid limits.

“We couldn’t be more excited to be bringing the 2021 National Championship to Grand Lake,” said Kevin Hunt, Senior Director of Tournament Operations for Abu Garcia College Fishing. “The entire bass-fishing world will have their focus on Oklahoma and Grand Lake for REDCREST, and we are pumped for the opportunity to follow it with the sport’s next generation of stars competing on one of the top fisheries in the country.”

The championship, hosted by the Grove Convention and Tourism Bureau and the City of Grove, will launch from the Wolf Creek Park Marina, located at 963 N. 16th St. in Grove.

“The City of Grove is very excited to be chosen as the site for the prestigious College Fishing National Championship,” said Grove Mayor Ed Trumbull. “We look forward to having the best collegiate anglers in the nation in our community, utilizing Wolf Creek Park, and fishing on Grand Lake O’ The Cherokees.”