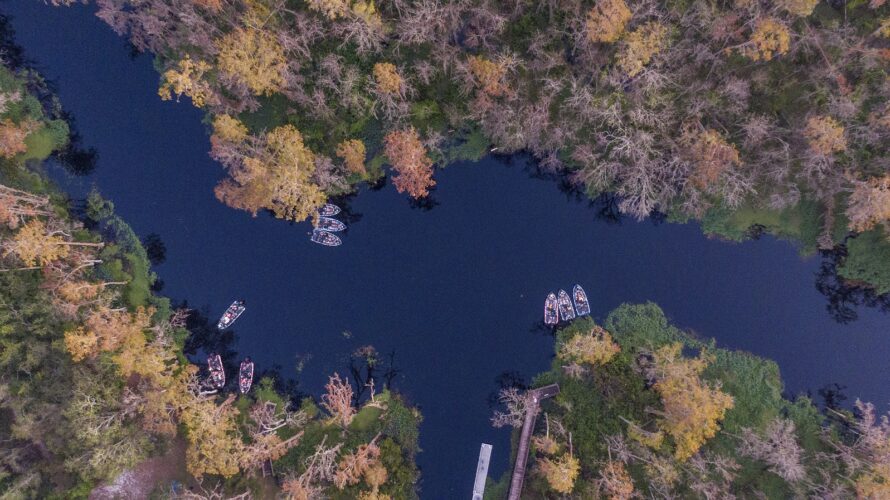 CLERMONT, Fla. – The Bass Pro Shops Championship Presented by B&W Trailer Hitches, which featured 27 of the world’s best pro anglers competing as nine 3-man teams for a top prize of $300,000 wrapped production this past weekend in Clermont, Florida. The event, hosted by Lake County, Florida, was shot over seven days and filmed entirely for television broadcast. It was the culmination of the General Tire Team Series season, featuring nine teams of three anglers that had earned their way into the season-ending competition competing for the inaugural Bass Pro Shops Championship.

“On behalf of our partners, the City of Clermont and the Greater Orlando Sports Commission, we are thrilled to have hosted the Major League Fishing General Tire Team Championship in Lake County,” said Ryan Ritchie, Director of Discover Lake County, Florida – Office of Tourism and Sports. “Without the support from the Lake County Board of County Commissioners and Tourist Development Council, opportunities like this would not be possible.  Events like this, create national exposure and bring attention to the championship fishing in Lake County, as well as enhancing our economic development and impact with anglers, visitors, production crews and staff visiting our communities.”

The seven-episode, two-hour series features the professional anglers visiting Lake County to compete on either the Clermont Chain of Lakes or Lake Apopka on each day of competition. The anglers do not learn where they are competing until they arrive to the launch ramp each morning of competition, creating a reality-based television episode that showcases how the top anglers in the world break down new and unfamiliar waters.

The MLF Bass Pro Shops Championship Presented by B&W Trailer Hitches will air on Outdoor Channel as seven, two-hour original episodes each Saturday afternoon starting May 6, 2023, airing from 2-4 p.m. ET. The full television schedule can be found at MajorLeagueFishing.com/tv-schedule.