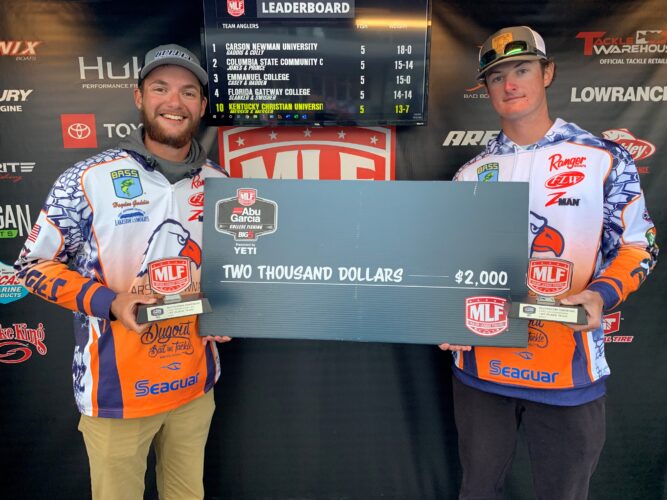 DAYTON, Tenn. – The Carson-Newman University duo of Ben Cully of Rockwall, Texas, and Hayden Gaddis of Seymour, Tennessee, brought a five-bass limit to the scale weighing 18 pounds even to win the Abu Garcia College Fishing Presented by YETI at Lake Chickamauga. The victory earned the Eagles bass club $2,000 and qualified the duo to compete in the 2022 College Fishing National Championship.

The field of 278 teams competing broke an MLF record as the largest collegiate fishing tournament of all time. The previous record was set in March of 2018, when 276 teams competed in a Southeastern Conference event at Lake Guntersville.

According to post-tournament reports, the duo caught their fish on an unnamed frog, targeting weedy areas.

The event was the third and final qualifying tournaments for Southeastern Conference anglers.