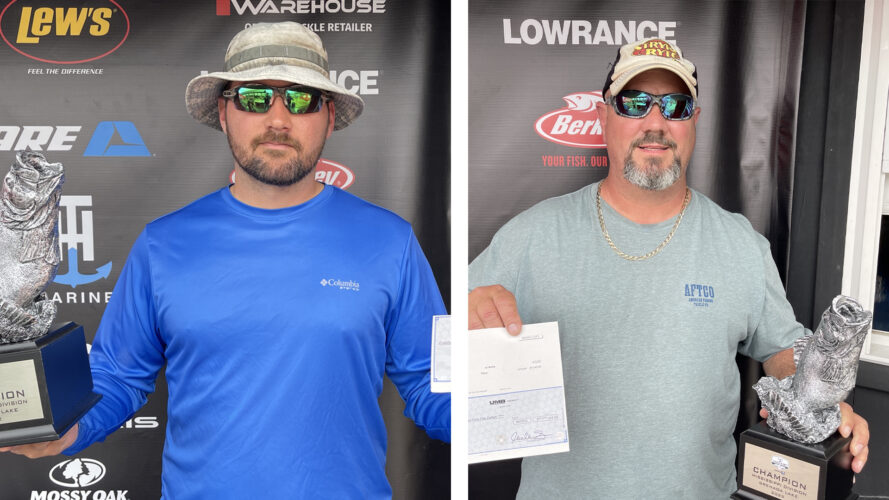 “I had planned on fishing close to takeoff to start off, but when I saw there were five boats that had turned in that direction, I ran down the lake to start on my best spot,” Fleming said. “I thought we could pick up a few on the way and then cull at my best spot.”

Fleming said he had found a point that bled into some spawning pockets during practice, and his second pitch of the day resulted in a 2½-pounder that fell for a black and blue Yum Christie Craw. After that, Fleming said he relocated and kept looking for fish, but always ended back up on the point that was producing.

“It kept reloading, and the fish kept getting bigger throughout the day,” Fleming said. “My last two fish were my biggest. I caught six of my seven keepers in a bush that had a floating tree above it. It wasn’t attached; it was going up and down with the waves. If you could pitch just under the tree – not in the bush – you’d get bit.”

Pullen had a 6-pound, 10-ounce largemouth that was the heaviest of the event in the Boater Division and earned the day’s Berkley Big Bass Boater award of $330.

Kirk caught the largest bass in the Co-angler Division, a fish weighing in at 6 pounds, 14 ounces. The catch earned him the day’s Berkley Big Bass Co-angler award of $165.