Nation’s Top College Fishing Anglers Compete for the Opportunity to Fish as a Pro in the 2022 Toyota Series Championship and the Chance to Win up to $235,000 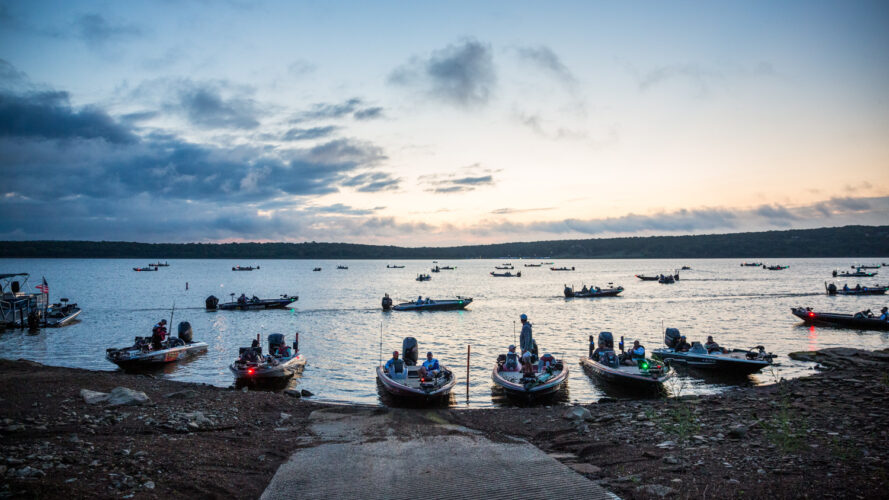 WAGONER, Okla. – The best college fishing teams from all across the nation will head to Wagoner, Oklahoma, in two weeks, March 29-31, for the 2022 Abu Garcia College Fishing Presented by YETI National Championship Presented by Lowrance at Fort Gibson Lake.

The 13th annual College Fishing National Championship – hosted by the Wagoner Area Chamber of Commerce and the City of Wagoner – will feature 178 of the nation’s best collegiate anglers, competing for a $33,500 prize package, including a new Phoenix 518 pro bass boat with a 115-horsepower Mercury outboard, and the chance to advance to the 2022 Toyota Series Championship to compete as a pro for a top prize of up to $235,000.

“The City of Wagoner and the Wagoner Area Chamber of Commerce are honored to host the 2022 Abu Garcia College Fishing National Championship,” said Kristen Mallett, Executive Director of the Wagoner Area Chamber of Commerce. “We’re excited to have collegiate anglers from across the country coming to Wagoner to compete on Fort Gibson Lake and our businesses and community welcome you with open arms.”

The Drury University duo of Cole Breeden of Eldridge, Missouri, and Cameron Smith of Nixa, Missouri, took home the trophy last year at the 2021 College Fishing National Championship on Grand Lake in Grove, Oklahoma – the first national title for Drury. The young anglers will be among the teams competing in this year’s event and are looking forward to one last hurrah in their college fishing partnership, and a chance to defend their title.

“Last year was such an awesome experience,” Breeden said. “Neither of us had ever fished in Oklahoma before, but during the whole tournament it just felt like we were fishing at home.

“Winning that championship was the greatest moment I’ve had in college fishing,” Breeden said. “That type of opportunity doesn’t come around very often and all our family was there to witness it – I’ve never had a better experience than that.”

Smith graduated in 2021, but the Missouri duo qualified for the upcoming National Championship during the spring of his senior year, which means the two will be paired up one final time to take on Fort Gibson Lake.

“We haven’t had many events so far this year, so I’m hoping the National Championship will be a really good way to kick off the year,” said Breeden, who is set to graduate this spring with a bachelor’s degree in marketing.

“My College Fishing partner for this year (Hunter Baird of Springfield, Missouri) and I just qualified for the 2023 National Championship, finishing in 11th place at the MLF College Fishing Open on Lake Chickamauga a few weeks ago, so that was a great start to my final college-fishing season.”

Breeden said the championship win in 2021 was a huge motivating factor for him throughout the 2021 season and further fueled his passion and fishing aspirations.

“There are a lot of emotions when you have a big win like that and it really is a motivating factor, even moving into this year,” Breeden said. “We’re the defending champs and I’d love to defend our title and bring home another win.”

Abu Garcia College Fishing anglers who qualified for the National Championship will have an on-site tournament meeting and registration, followed by pro angler seminars and more on Sunday, March 27, at the SageNet Center in Tulsa, in conjunction with REDCREST 2022 Presented by Costa – the Bass Pro Tour World Championship.

“I’m really excited about the Sunday that we get to spend at the MLF Outdoor Sports Expo with the Bass Pro Tour anglers during REDCREST,” Breeden said. “That will be a cool opportunity and a great way to start off our week – meeting sponsors and putting us in a good place to network and make it more attainable for those of us looking to further our fishing careers.”

Anglers will take off from Taylor’s Ferry North, located on Dock Road in Wagoner at 7 a.m. CT each day of competition. Weigh-ins will be held at Taylor’s Ferry North starting at 3 p.m. and will be livestreamed daily. Fans are welcome to attend the event or tune in to the weigh-in and follow the online coverage at MajorLeagueFishing.com.