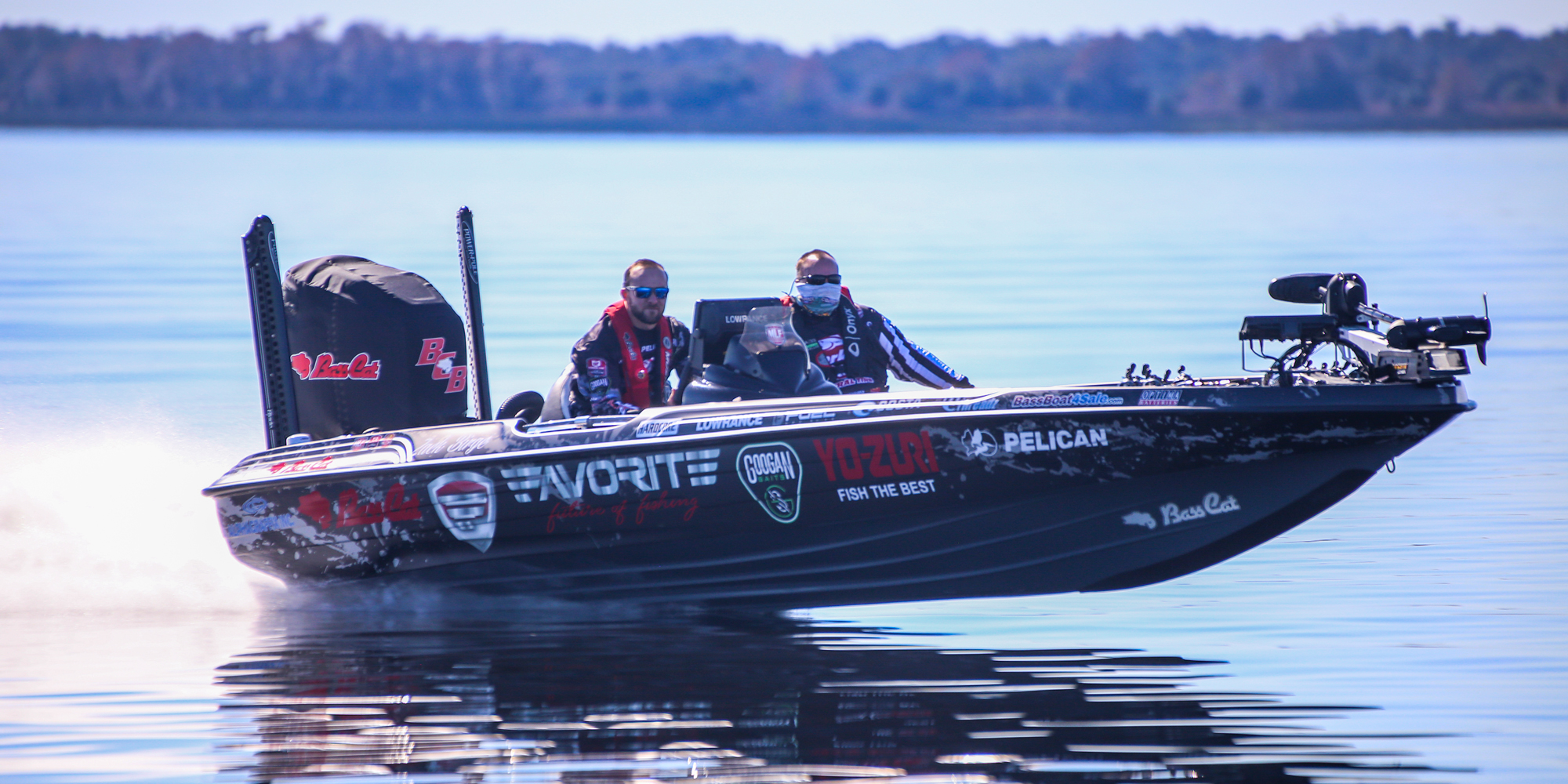 Zack Birge is one of several MLF pros sponsored by Bass Cat Boats.

“Not many people realize that Bass Cat is the founding sponsor of MLF,” commented Rick Pierce, president, Bass Cat and Yar-Craft Boats. “We’ve enjoyed a lot of firsts in our 49 years of doing business, but nothing quite matches supporting MLF as it evolves into the exceptional television, live stream, and league property it is today.”

In support of MLF’s angler-centric philosophy, Bass Cat first signed with Major League Fishing in 2011 as they prepared to launch a 24-angler, made-for-television tournament series in partnership with Outdoor Channel in early 2012. MLF Cup events premiered a fast-paced, catch-weigh-immediately-release format in which anglers compete in three periods each day with every fish over a minimum weight counting toward that day’s total. The MLF Cup events have grown into the highest-rated property on Outdoor Channel each quarter it’s aired.

In 2019, MLF expanded by launching the Bass Pro Tour featuring 80 of the best professional anglers in the world, including Kevin VanDam, Edwin Evers, Aaron Martens, Mike Iaconelli, Jordan Lee, and Skeet Reese. Each Stage includes six days of competition using the Major League Fishing, catch-weigh-and-immediately-release format. Each Stage of the Bass Pro Tour is broadcast live on the Major League Fishing app, MyOutdoorTV (MOTV), and MajorLeagueFishing.com, totaling more than 325 hours of original programming. Fans can follow their favorite pros in the fast-paced nature of the MLF format as it unfolds on the live leaderboard through “SCORETRACKER® updates.” Highlights from each Stage of the 2020 Bass Pro Tour will air on Discovery Network beginning in July 2020 and Sportsman Channel in early 2021.

“MLF offers the strongest broadcast presence in the industry to fans and sponsors,” said Jim Wilburn, president and CEO of Major League Fishing. “Bass Cat understands the value of taking a risk to invest in the future of our sport; we’re grateful for Rick’s vision, leadership, and friendship, as together our companies chart new opportunities for anglers at all levels.”

In late 2019, MLF acquired FLW, which expanded their portfolio to include the largest grassroots fishing organization, including the strongest five-fish format professional bass fishing tour, the Tackle Warehouse Pro Circuit, as well as the Toyota Series, and several other circuits aimed at reaching anglers at all ages and levels. For more information on the league and anglers, visit MajorLeagueFishing.com and follow MLF on Twitter, Instagram and Facebook.