College Fishing Anglers Compete for the Opportunity to Fish as a Pro in the 2021 Toyota Series Championship and the Chance to Win up to $235,000 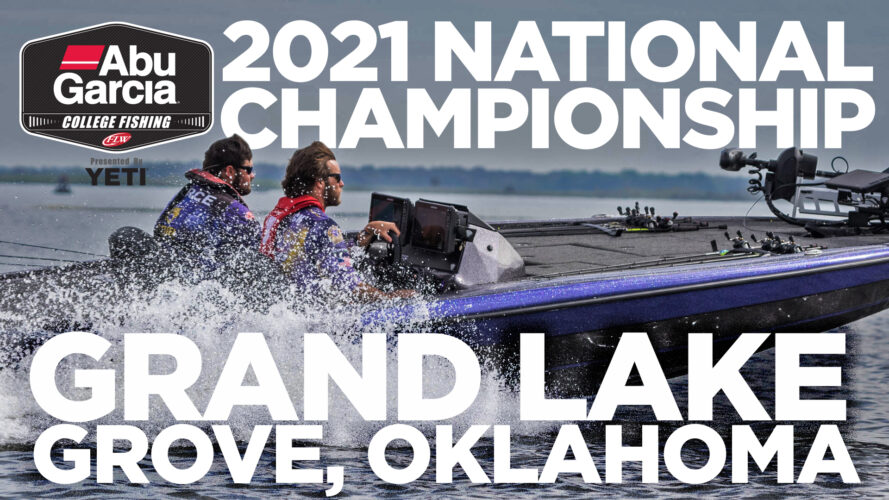 GROVE, Okla. – The nation’s best college fishing teams head to Grove, Oklahoma, next week, March 3-5, for the 2021 Abu Garcia College Fishing presented by YETI National Championship presented by Lowrance at Grand Lake. This is the 12th annual College Fishing Championship – hosted by the Grove Convention and Tourism Bureau – where 150 college bass fishing teams have qualified to compete for a $33,500 prize package, including a new Phoenix 518 Pro bass boat with a 115-horsepower Mercury outboard.

In addition to the boat package, both members of the winning team and the runners-up at the 2021 Abu Garcia College Fishing National Championship will advance to the 2021 Toyota Series Championship where they will compete as pros for a top prize of up to $235,000. Both members of the third-place team will advance to the 2021 Toyota Series Championship to compete as co-anglers for a shot at winning a $33,500 Phoenix 518 Pro with a 115-horsepower Mercury outboard.

“I’m pretty excited about getting to fish a national championship in my home state,” said Ty Crutchfield of Inola, Oklahoma, who competes for Rogers State University. “This will be the second College Fishing National Championship I’ve competed in, but the first one was in Louisiana, so it’s going to be cool to have a championship on one of my local lakes.

“The national championship is such a great opportunity. Most college fishing anglers dream of eventually being able to fish professionally, so the chance to compete in the 2021 Toyota Series Championship could be life-changing.”

Crutchfield said he was able to do a little pre-practice prior to the lake going off-limits, but with the recent weather conditions, he expects to see pretty tough conditions at Grand Lake and assumes the lake has changed significantly since he was there.

Bass Pro Tour angler Edwin Evers of Talala, Oklahoma, said he is looking forward to following all the action from Grand Lake throughout the week.

“The event is going to be tough, but we’ve had a fairly warm week in Oklahoma so things are starting to thaw out,” said Evers. “Mentally these events can be tough because half the field goes into the tournament defeated because they didn’t get a single bite in practice. You have to keep your head in it.

“The main thing these anglers are going to need to look for is the cleanest, warmest water,” continued Evers. “There are a few areas on Grand Lake that clean up and warm up faster than others, so they just need to keep their head down.”

Evers said he expects the event will be a mental challenge due to the scarcity of bites anglers will likely receive, so it will be important that they make the most of every one of them.

“The Abu Garcia College Fishing National Championship is a huge opportunity to launch these college anglers’ career in the professional bass fishing world,” said Evers. “Qualifying for the Toyota Series Championship and the notoriety of fishing that event will truly help them.”

Anglers will take off from Wolf Creek Park, located at 963 N. 16th St. in Grove at 7 a.m. CT each day of competition. Weigh-ins will be held at the park starting at 3 p.m. and will be streamed live daily. Due to COVID-19 protocols, attendance is limited to competing anglers, family, essential staff and media covering the event. Fans are encouraged to tune in to the weigh-in and follow the online coverage at MajorLeagueFishing.com .

National television coverage of the Abu Garcia College Fishing presented by YETI National Championship presented by Lowrance will premiere Sunday, July 4, from 8-9 a.m. ET on the Outdoor Channel, with re-airs on the Sportsman Channel and World Fishing Network in the fall.