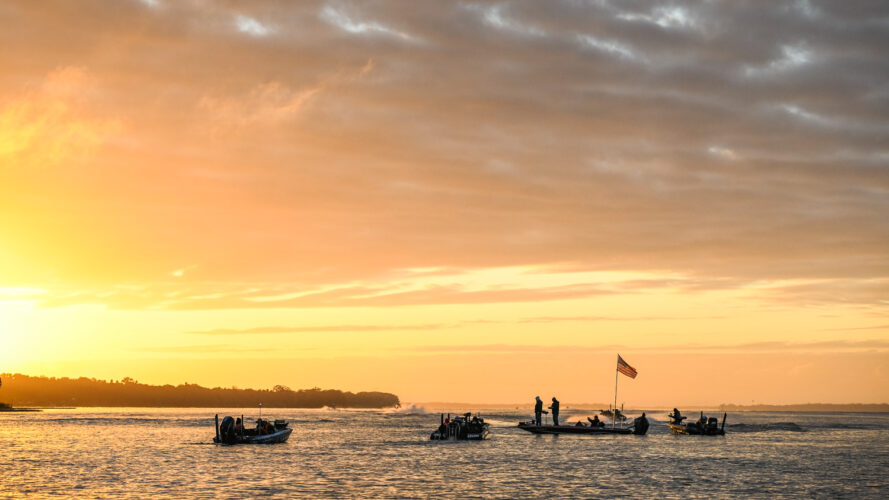 LEESBURG, Fla. – The Toyota Series presented by A.R.E. Southern Division will kick off its second event of the 2021 season with a tournament next week in Leesburg, Florida, March 16-18, with the Toyota Series presented by A.R.E. at Harris Chain of Lakes. Hosted by Visit Lake County, Florida, the three-day tournament will feature the region’s best bass-fishing pros and Strike King co-anglers casting for a top prize of up to $65,000, plus an additional $35,000 bonus if the winner is a qualified Phoenix Boat owner.

“Bass fishing tournaments have a major economic impact on our area, and we are thrilled that the beautiful Harris Chain of Lakes is right here in Lake County for all anglers to enjoy,” said Doug Shields, Lake County Commissioner and Tourist Development Council Chairman. “We are proud to host the Major League Fishing Toyota Series, and we invite all visiting anglers, families and fans to enjoy their time fishing and exploring the Real Florida.”

While anglers are currently ramping up for the spring spawning season, Toyota Series angler Bobby Bakewell of Orlando, Florida, said he believes the off-shore bite and consistency will be the kickers in this tournament.

“There are some big fish on the Harris Chain, but a solid bag each day will really be key in this event because consistency on this chain is a lot more difficult than most lakes around Florida,” said Bakewell. “With as much pressure as this lake has been getting many of the key areas guys like to fish have been pounded, so they have to be able to go out and find a fresh spot every day, or a place that will hold up for several days. Both are a lot easier said than done.

“Most guys tend to fish shallow this time of year, because you have everything from spawning fish to postspawn fish starting to fry, to the beginning of shad spawn – so that’s usually where it’s at this time of year,” continued Bakewell. “However, due to the amount of pressure, if a guy finds an off-shore region in the 10-foot range, with fish on it – that will be a big player, because it will have every level of fish – from pre-spawn to post-spawn – that have moved back and are feeding up again.”

Bakewell said the fishery has been a little tough lately due to high winds, but he expects to see a lot of suspended jerkbaits come into play, as well as Zoom Magnum Ultravibe Speed Worms, which the fishery is known for.

“When it’s blowing down the heart of these lakes, it can fish really big,” he continued. “It’s just a matter of finding that special spot. Catching fish isn’t a problem, but catching quality fish is more difficult.”

Bakewell said he predicts it will take 16 pounds a day to get in the Top 10 and expects the winning weight to push up to 60 pounds.

“If an angler finds a major offshore school that’s feeding that no one else has found, or that has enough to last multiple people, multiple days, that will be the kicker at this event – but that doesn’t happen often.”

Anglers will take off daily at 7:30 a.m. ET from the Venetian Gardens – Ski Beach in Leesburg. Weigh-ins will also be held at the Venetian Gardens and will begin at 3:30 p.m. Attendance is limited to competing anglers and essential staff only. Fans are encouraged to follow the event online through the “MLF Live” weigh-in broadcasts and daily coverage at MajorLeagueFishing.com.