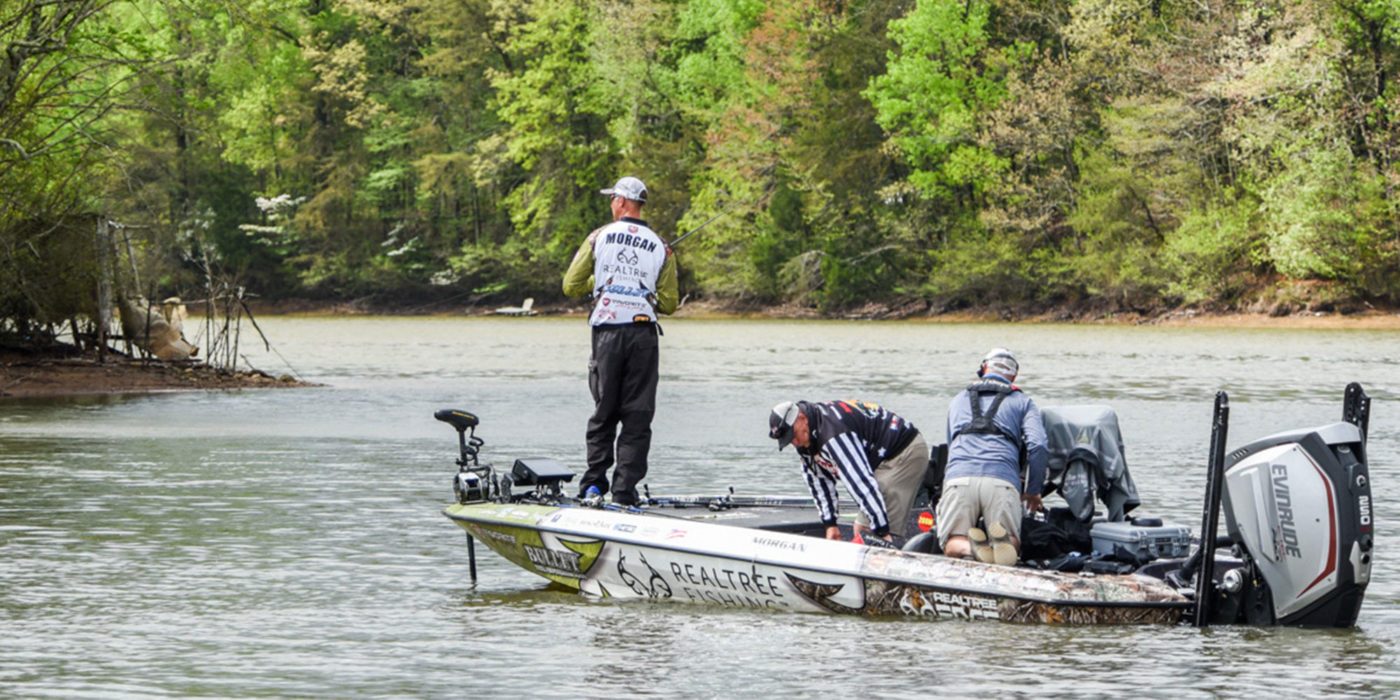 Batteries get a workout on bass boats during competitions. MLF's Andy Morgan, winner of the recent Bass Pro Tour Stage Four, is among the nearly one-fourth of the Bass Pro Tour anglers who rely on the lightweight, long-lasting Lithium Pros batteries to power their boats, trolling motors and electronics. Photo by Garrick Dixon

TULSA, Okla. (April 26, 2019) – Major League Fishing® announced today that Lithium Pros, a United States manufacturer of lithium-ion batteries, has signed on as a sponsor of the MLF Bass Pro Tour for 2019.

The company brings a history of advanced lithium-ion technology proven in automotive racing circles to competitive bass fishing, a place where battery weight, power, durability and recharge time is arguably even more important.

“While pro anglers’ thoughts are about adding pounds to their catches, ours are about taking pounds off of boats and giving fishermen total confidence that they have all the battery power they need aboard to run their boats, electronics and trolling motors without a second thought,” said Kevin Bennett, Lithium Products president. “The Bass Pro Tour’s popularity and wide audience appeal give us a great place to showcase Lithium Pros’ advantages for all who spend long, full days of fishing.”

“The MLF format relies on and thrives on technological advancements, so we certainly appreciate what Lithium Pros brings to the table in that respect,” said MLF President and CEO Jim Wilburn. “We’re pleased to have them as part of the exciting 2019 Bass Pro Tour season.”

Lithium Pros batteries weigh about one-third that of lead-acid batteries. Plus, they have a higher terminal voltage, a very flat discharge curve in deep cycle models (which translates into a super strong all-day charge), and recharge five times faster. Also, Lithium Pros are fully sealed, which makes them maintenance free.

The Knoxville-based manufacturer has marketing relationships with some of pro bass fishing’s most successful anglers, including fellow East Tennesseans Ott DeFoe and Andy Morgan. Among their most recent accomplishments, DeFoe won the 2019 Bassmaster Classic in March, and Morgan claimed top honors at the MLF Bass Pro Tour Stage Four event earlier this month.

Lithium Pros also has other sponsored anglers and MLF pros relying on their batteries to power their way through the rigors of competitive bass fishing.

Outdoor Channel announced earlier this week that the Major League Fishing “Cups” and “All Angles” programming topped the ratings list of the network’s best-performing shows in the first quarter of 2019. The two ranked as the Top 2 programs on Outdoor Channel during Q1 2019 with households, total viewers and men 25-54.

The impressive audience ratings delivery during the first quarter of 2019 was MLF’s best ever quarter.

St. Croix Lifts the Veil on its Most Sensitive Rods Ever

Big Bass Fill the Knockout Round: Top 8 Advance to the Championship Round