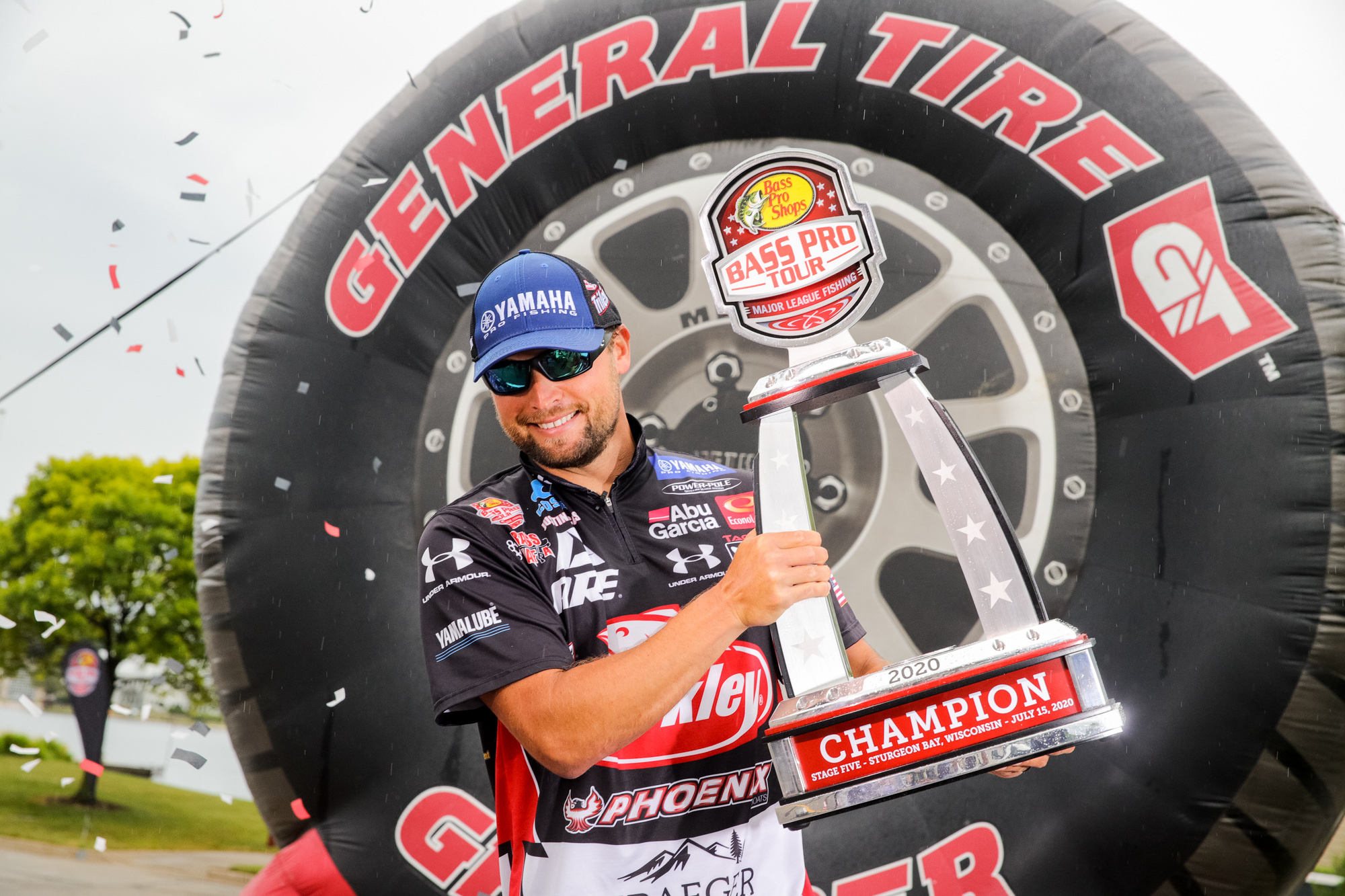 Justin Lucas of Guntersville, Alabama won the Qualifying Round for Group A, earning him an automatic berth to today’s Championship Round. This is Lucas’s first major win in four years, which brought much relief and emotion to the final confirmation of his win.

“It took me a while to figure out this MLF format, I didn’t have the best year last year,” said Lucas. “I know I’m not the most natural angler on this Tour, but I work hard and am really competitive. I wanted this so bad and it feels so good to get it.”

In addition to his trophy, Lucas took home three MLF records. Lucas’s catch was today one of 10, 100-pound plus days during this event. He set a new Bass Pro Tour record for the most weight caught during a Championship Day, passing Aaron Martens who scored 86 pounds, 4 ounces during the 2019 event on Table Rock Lake (Missouri).

Lucas also set the most scorable weight in a single day of competition on Friday when he scored 141 pounds, 9 ounces. He also scored the most weight in a two-day Round with 205 pounds, 6 ounces to win Group A. His strategy focused on 20 to 25- deep water for the majority of his score and used the Berkley PowerBait MaxScent almost exclusively.

The Top 10 finished the Championship Round as follows:

Jordan Lee locked in Points Champion. The angler with the most points at the end of the 2020 season earns the title of “Bass Pro Tour Points Champion.” Each angler earns Points (80-1) awarded by finishing place (1-80) at each Stage of the Bass Pro Tour. Coming into Wisconsin, Fletcher Shryock, Jacob Wheeler, Ott DeFoe, and Michael Neal rounded out the top five behind Lee. Upon receiving the trophy today, Lee expressed how much this means to him as a professional angler.

“To win (Points Champion) means you have to be a consistent angler and win or place regularly,” said Lee. “And to win against this group of guys, the best in the world, is really an awesome thing and it really means a lot.”

Highlights from each Stage of the 2020 Bass Pro Tour air on Discovery Network beginning in July 2020 and Sportsman Channel in early 2021. Covercraft Stage Five presented by Abu Garcia will premiere as two, two-hour episodes on Discovery Channel October 3 and 4, 7 – 9 a.m. ET/PT.