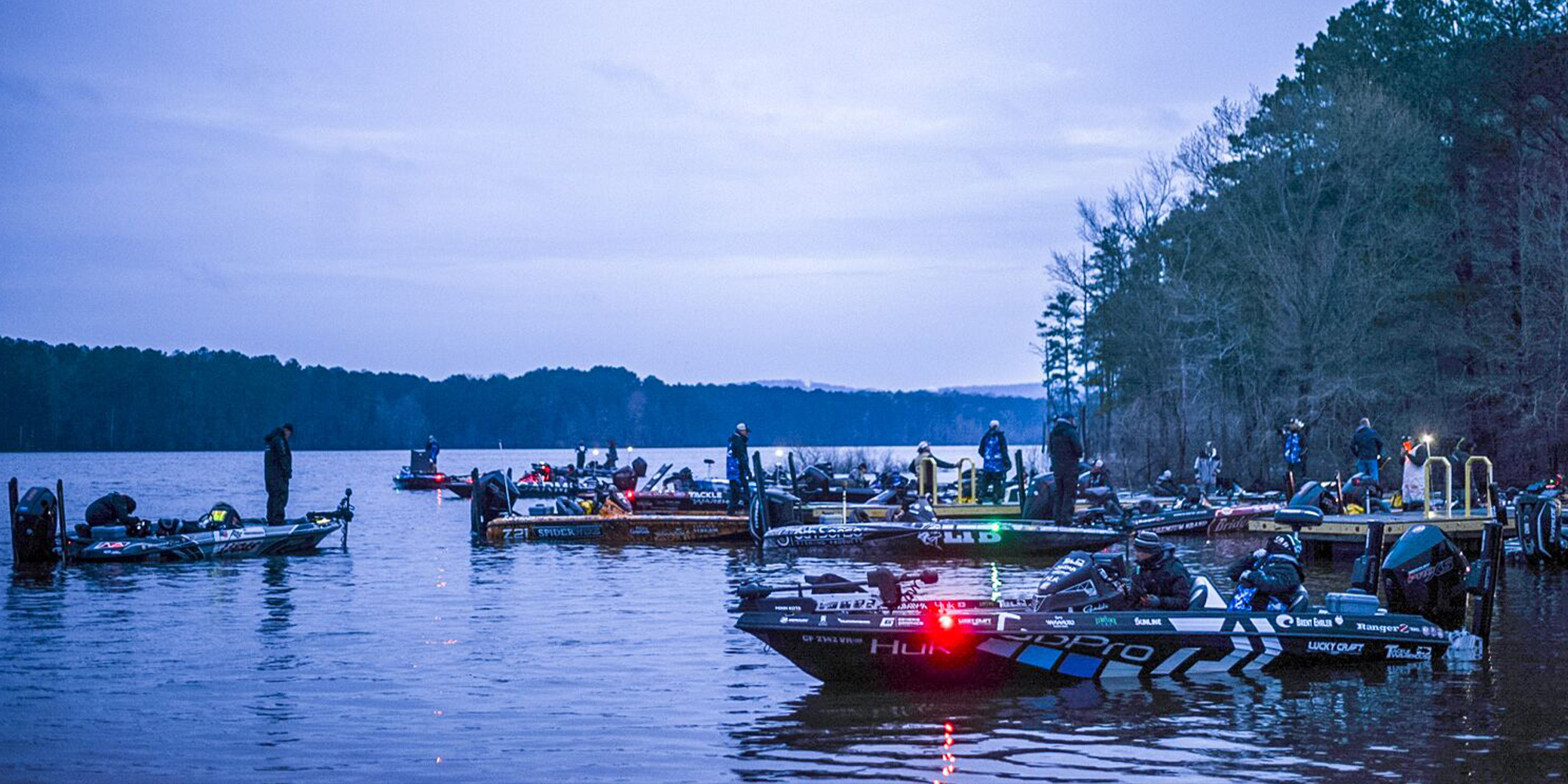 Notable rules changes will be in play for the 2020 Bass Pro Tour. Photo by Josh Gassmann

January 21, 2020 (Tulsa, Okla.) – Major League Fishing (MLF) recently announced notable rule changes for the Bass Pro Tour 2020 season including a variable weight minimum for each fishery and automatic championship berths for Qualifying Round winners. Under rules approved earlier this month by the Major League Fishing Angler Association (MLFAA) and drafted into the official rulebook, MLF will introduce a variable minimum weight system for the Bass Pro Tour competition waters in 2020. In addition, the winners of the Qualifying Rounds (formerly the Shotgun and Elimination Rounds) will automatically advance to the Championship Round, which guarantees them a paycheck of $12,000 to $100,000.

The six-day competition for the Bass Pro Tour begins with four days of Qualifying Rounds between two groups (A and B) of 40 anglers. Each group competes for two days (Group A on days one and three, Group B on days two and four) in a catch, weigh, and immediately-release format in which every fish over that lake’s variable minimum weight counts toward each Round’s total. Under the 2020 rule changes, the winners of each group in the Qualifying Rounds 3 and 4 automatically advance to the Championship Round (day six), while places 2 through 20 from each group (40 anglers total) advance to the Knockout Round on day five. The eight anglers with the highest weight totals from the Knockout Round join the winners of the Qualifying Rounds to compete in the Championship Round and the chance to win $100,000.

Initial 2020 angler groups are based on the final standings from the 2019 season points. A random drawing placed MLF rookies Bryan Thrift and David Dudley. The Bass Pro Tour opens February 7 on Lake Eufaula (Ala.) with the following groups:

According to Major League Fishing rules, Group A becomes B and vice versa for Stage Two. New angler groups will be established after each two Stages based on the standings from the previous two Stages.

The 2020 season will open on Lake Eufaula (Feb. 7-12) where a 2-pound minimum will be in effect for scorable bass. Minimum weights are determined for each competition water based on the productivity, bass population, and anticipated average size of fish in each fishery. The 2-pound minimum for Eufaula significantly raises the average scoring requirement above the 12- to 15-inch minimums mandated by most state fisheries managers (and used for traditional tournament scoring). According to extensive nationwide research compiled by bass biologist Steven Bardin, an average 12-inch largemouth in good health weighs 0.9 pounds (14 ounces); an average 15-inch largemouth weighs 1 pound, 13 ounces.

The Lake Eufaula 14-inch minimum mandated by Alabama Wildlife and Freshwater Fisheries – the standard used by tournament organizations as the minimum size allowed in a tournament weigh-in on the Alabama/Georgia border lake – translates to a 1-pound, 8-ounce bass (25 percent smaller on average than the 2-pound Bass Pro Tour minimum).

“We’re going to show up at one of the best fisheries in the country at Eufaula and ask these guys to fish for a minimum weight standard that’s the highest in the history of our sport,” said Marty Stone, MLF NOW! analyst. We know they’re going to catch big ones, but raising the bar to a 2-pound minimum resets the playing field. I’ll be interested to see how that affects the game.”

The Major League Fishing will announce the weight minimum to the anglers 30 days in advance of each Stage of the Bass Pro Tour. The variable minimum weight will not be incorporated into MLF Cup competitions or the World Championship.

The Bass Pro Tour features 80 of the best professional anglers in the world competing head-to-head in a fast-paced, catch, weigh, and immediately-release format. The previously announced 2020 schedule includes:

Major League Fishing showcases each fishery through their award-winning, live and linear programming. Each Stage of the Bass Pro Tour is broadcast live on the Major League Fishing app, MyOutdoorTV (MOTV), and MajorLeagueFishing.com, totaling more than 325 hours of original programming. Fans can follow the fast-paced nature of the MLF format as it unfolds on the live leaderboard through “SCORETRACKER® updates.” Highlights from each Stage of the 2020 Bass Pro Tour will air on Discovery Network beginning in July 2020 and Sportsman Channel in early 2021.