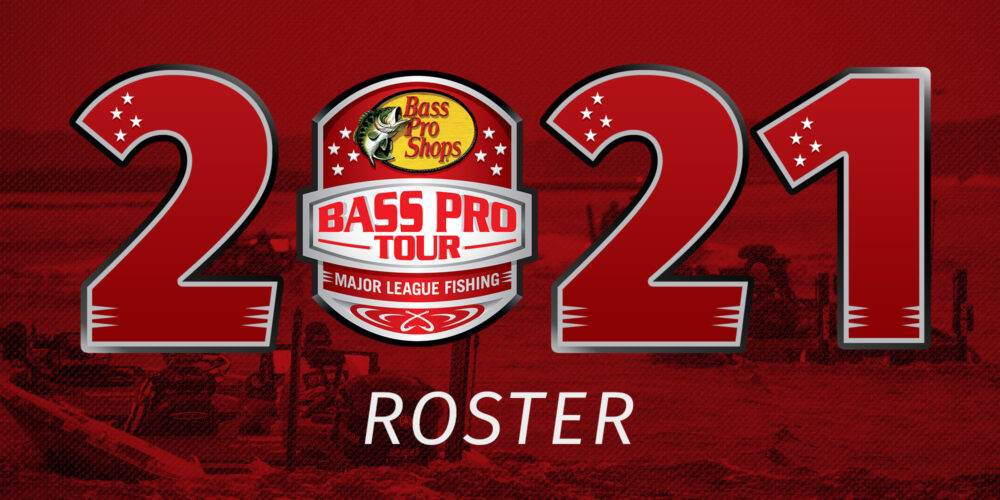 Joining the 75 returning anglers will be DeBary, Florida’s John Cox. A perennial AOY contender during his 10-year FLW Tour/Pro Circuit career, and the 2016 Forrest Wood Cup Champion, Cox was an original invitee when the Bass Pro Tour roster was filled in 2018. He opted not to accept that invitation then, but still fished the FLW Tour and Tackle Warehouse Pro Circuit in 2019 and 2020, respectively. Cox now plans to fish both the Bass Pro Tour and the Pro Circuit in 2021, setting the table to fish upwards of 20 pro-level events if he qualifies for REDCREST and MLF Cups.

“I like the lakes on the schedule, I like the payouts, and I like that I can fish a lot of tournaments,” Cox said. “I don’t know exactly how I’ll do in the MLF format for a full season, but even if I don’t do great, I feel good about my chances to make a few Top 10s and cash checks. There are a few places on that 2021 schedule where I think to myself ‘Hmmm, I know a spot or two here or there, I think I might do quite well in that one.’ I’m excited about it.”

The four remaining roster spots at the seven regular-season Bass Pro Tour events will be filled by the top anglers from each Pro Circuit event in 2021. The top four finishers from each individual Pro Circuit event will receive automatic invitations to compete in the Bass Pro Tour events that follow, opening the door for the Pro Circuit’s top performers to compete in the MLF catch, weigh, immediate-release format and another opportunity at a $100,000 first-place check.

“We’re all fishing to try to make the Bass Pro Tour, and this will be a really good opportunity for a guy to get his feet wet in that format,” said 11-year Pro Circuit veteran angler Bill McDonald, who got his first taste of the MLF format at the 2020 TITLE championship at Sturgeon Bay, Wisconsin. “You can tell yourself that the Bass Pro Tour format isn’t really that much more pressure, but I can tell you from experience that it takes a strong mental game. It’s the highest of highs to hear your name at the top (of SCORETRACKER®), but your brain goes crazy when you drop rapidly. It’ll be valuable experience to qualify for one of those (Bass Pro Tour) events.”

The 76 professional anglers that will compete on the 2021 Bass Pro Tour are:

In 2021 MLF Bass Pro Tour competition, anglers are vying for valuable points in hopes of qualifying for REDCREST 2022, the world championship of professional bass fishing. Each stage of the Bass Pro Tour includes six days of competition using the catch, weigh, immediate-release format, broadcast live on the Major League Fishing app, MyOutdoorTV (MOTV), and MajorLeagueFishing.com, totaling more than 450 hours of original programming. Fans can also follow the on-the-water action as it unfolds on the live SCORETRACKER® leaderboard.

The 2021 MLF Bass Pro Tour will air on Discovery Channel beginning in July 2021 and the Sportsman Channel in early 2022.