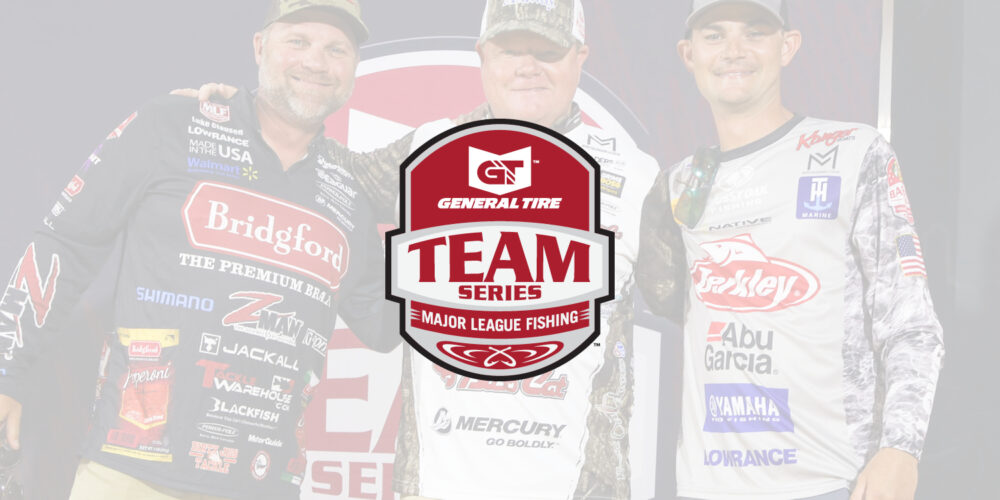 The General Tire Team Series will succeed the current MLF Cup events – following 11 highly successful seasons on Outdoor Channel – and will showcase the 80 anglers that compete on the Bass Pro Tour, joined by the Tackle Warehouse Pro Circuit TITLE champion, competing as three-man teams across four events for hundreds of thousands of dollars in cash payouts.

Team members will be in constant communication with their teammates during competition, via wireless earpieces, allowing them to work together to develop real-time strategies and adapt on the water to create an exciting new format never before seen on television.

Each qualifying event will feature nine teams, divided into three groups. Each group competition will feature three teams competing over two days to accumulate the highest total two-day weight. The group winners – three teams from each qualifying event – will advance to the General Tire Team Series Championship, which will showcase the nine winning teams competing for a top prize of $300,000.

“We’re incredibly excited to launch the General Tire Team Series following our extremely successful pilot episode that aired earlier this year, and reveal the team selections from the inaugural draft,” said Jim Wilburn, MLF President & CEO. “We’re confident that the unique partnerships throughout the field will result in some extraordinary matchups and create some exhilarating television for our anglers and fans alike.”

Following traditional MLF Cup event protocols, Team Series anglers will not be told the host destination until two weeks prior to each event and will only discover which fishery they are competing on after arriving at the boat ramp the morning of competition.

MLF announced filming dates for the 2022 Team Series in an earlier release, however the events will be shot in the dark, with the location of the fisheries kept private until the episodes premiere in January 2023 on Outdoor Channel.