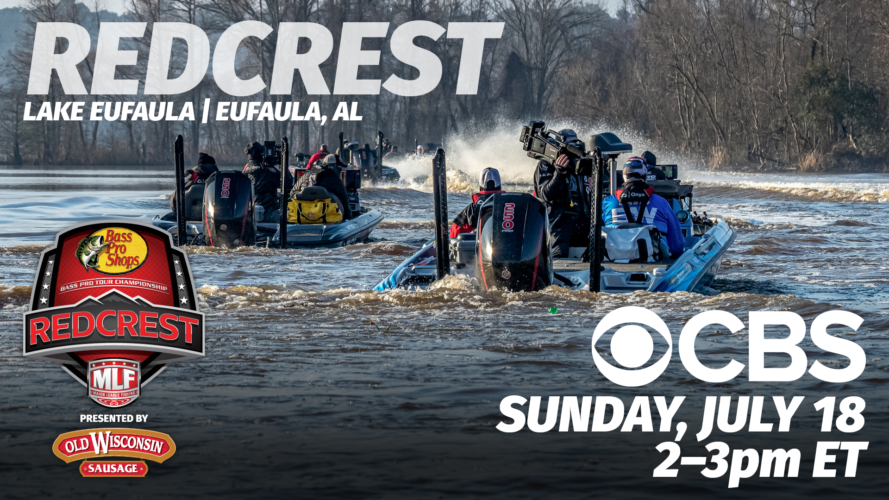 TULSA, Okla. – Major League Fishing REDCREST 2021 Special Presented by Old Wisconsin Sausage – the Bass Pro Tour Championship filmed earlier this year on Lake Eufaula in Eufaula, Alabama – will premiere nationwide Sunday, July 18, on CBS from 2 to 3 p.m. ET. The program showcases the 40 top professional bass anglers from the 2020 Bass Pro Tour, competing across five days at the Bass Fishing Capital of the World for the prestigious REDCREST Championship and the top prize of $300,000.

Sunday’s airing on CBS will showcase the highlights from all five days of the event with behind-the-scenes angler commentary and interviews, as well as a thrilling final-day shootout between some of the top anglers in the sport, including Dustin Connell, Ott DeFoe, Takahiro Omori, Bryan Thrift and Jacob Wheeler. The event was hosted by the Eufaula Barbour County Chamber of Commerce.