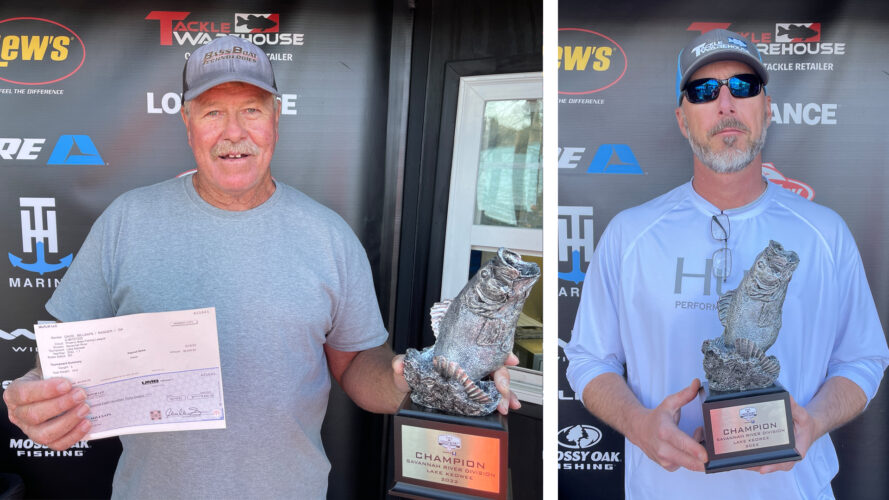 “I started out and caught four or five spotted bass on a homemade jig,” Millsaps said. “As the day went on, the wind picked up, and I fished rocky points where the wind was blowing bait and just kept upgrading all day.”

Millsaps said he caught 15 to 20 keepers during the course of the day by keeping the boat in 20 feet of water and casting to rocky points and banks and working the jig slowly.

“These events are hard to win,” said Millsaps, who now has four career BFL wins. “A win this early in the season always boosts you for the rest of the season.”

Burroughs had a 7-pound, 15-ounce largemouth that was the heaviest of the event in the Boater Division and earned the day’s Berkley Big Bass Boater award of $720.

Nicholas Gurkin of Simpsonville, S.C, caught the largest bass in the Co-angler Division, a fish weighing in at 5 pounds, 5 ounces. The catch earned him the day’s Berkley Big Bass Co-angler award of $360.