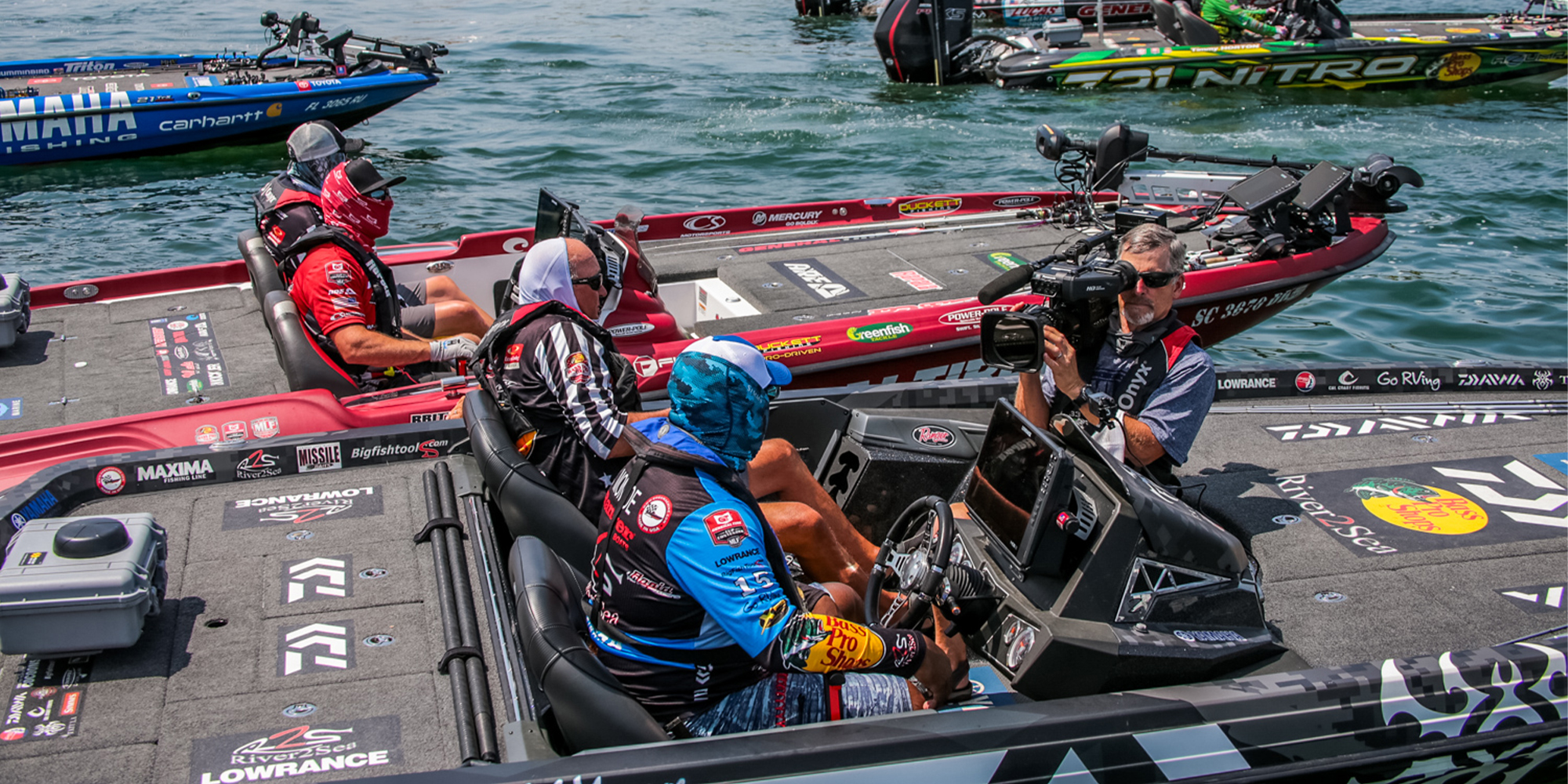 The inaugural season of the MLF Bass Pro Tour debuts on the Discovery Channel on October 5. Photo by Phoenix Moore

The MLF Bass Pro Tour on Discovery features 13 two-hour episodes, covering the final day of competition during each of the eight regular-season stages, plus all five days of the Tour championship, REDCREST Presented by Venmo.

This top-level circuit brings together 80 of the most decorated professional anglers in the world, including Kevin VanDam, Brandon Palaniuk, Edwin Evers, Jacob Wheeler, Jordan Lee, Ott DeFoe and Aaron Martens, to name a few. The field of 80 competes over six days, culminating in a final Championship Round field of 10 anglers.

The Bass Pro Tour on Discovery focuses on the athletes and stories on that final day. The action unfolds through the catch, weigh, immediate-release format, in which every fish weighing at least 16 ounces counts, and culminates in a three-period, one-day weight total.

Using SCORETRACKER®, fans and anglers alike keep track of the changing field as each fish changes the standings in real time until time runs out at the end of Period 3.

Viewers can follow the inaugural Bass Pro Tour season every Saturday morning from 7-9 a.m. ET through December 28, 2019, when the REDCREST Champion takes the Tour title.

New for 2019, the Bass Pro Tour consisted of eight events and a championship (REDCREST), streamed live on MajorLeagueFishing.com and MOTV. MLF uses the entertaining and conservation-friendly catch, weigh and immediate-release format, where every scorable bass counts and the winner is the angler with the highest cumulative weight at the end of the Championship Round.