Top 30 after Five Stages Advance to Compete for Nearly $750,000 in Winnings 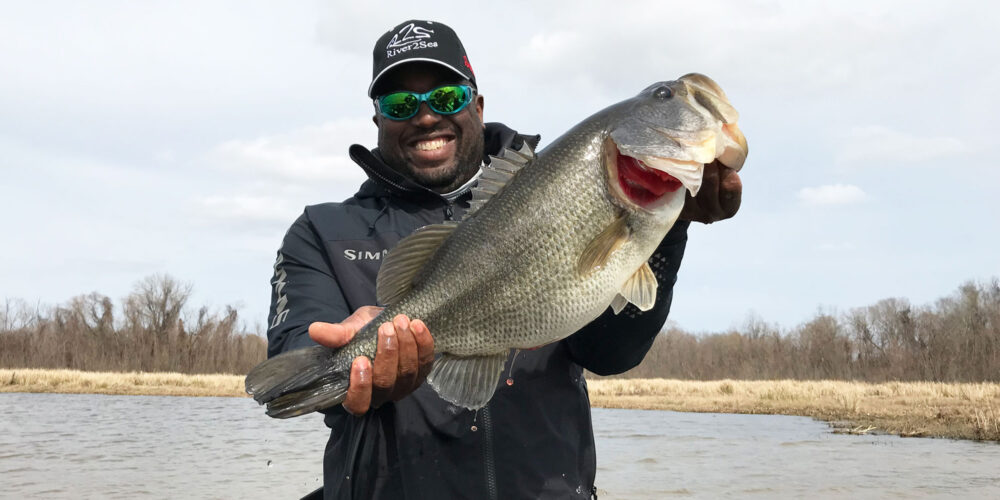 March 5, 2020 (Tulsa, Okla.) — Major League Fishing released standings for Heavy Hitters Presented by Venmo following the first two Stages of the Bass Pro Tour. Jordan Lee leads the field with a two-Stage weight of 14 pounds, 7 ounces. Dave Lefebre leapt to third place after a 9-pound catch on Lake Okeechobee during the Favorite Fishing Stage Two Presented by Bass Cat. Brent Chapman, who led the field at the end of B&W Hitches Stage One Presented by Power-Pole on Lake Eufaula with his 8-pound, 15-ounce catch, fell to number four after only scoring a 4-pound, 2-ounce largemouth on Lake Okeechobee.

The five-day tournament format will parallel REDCREST, featuring a 30-angler Qualifying Round on Days 1 and 2. The Top 20 anglers at the end of the two-day total qualify into a Knockout Round (Days 3 and 4). The Top 5 anglers from Days 3 and 4 will qualify into the 10-angler Championship Round (Day 5).

The Bass Pro Tour began in 2019 and features 80 of the best professional anglers in the world, including Kevin VanDam, Edwin Evers, Aaron Martens, Mike Iaconelli, Jordan Lee, and Skeet Reese. Each stage includes six days of competition using the Major League Fishing, catch-weigh-and-immediately-release format, where every bass over a variable minimum weight, which is two pounds on Lake Eufaula for Stage One, toward a cumulative weight total for the day.  Variable minimum weights are determined by fishery akin to a golf course handicap. The field of 80 anglers is divided into two groups of 40 to compete on Days 1 and 2 respectively for the Qualifying Rounds. On Days 3 and 4, the Qualifying Round culls the field based on a combined two-day total weight from each angler’s Qualifying Round. The top 20 anglers from each group in the Elimination Round (40 total) advance to the Knockout Round on Day 5, which determines who will compete on that final day, the Championship Round, for the Stage title and $100,000.