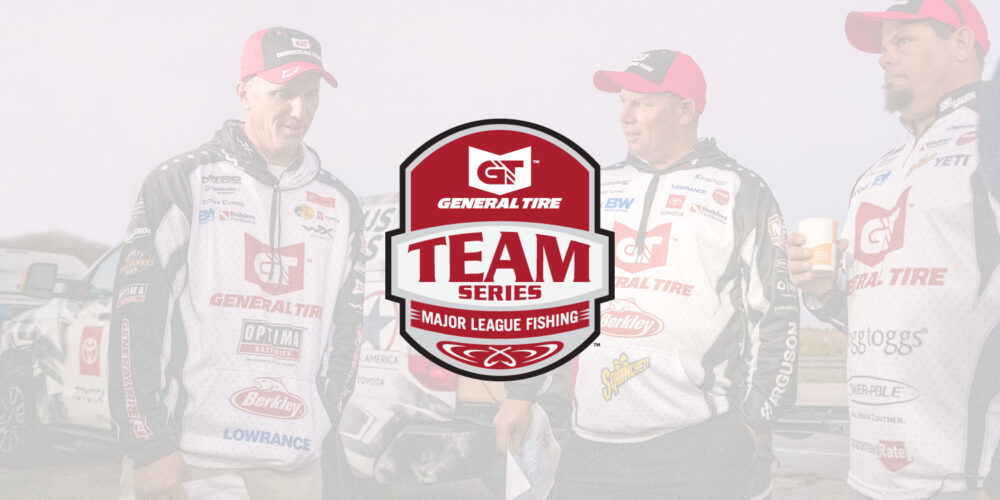 The decision to launch the Team Series comes after an extremely successful pilot episode that aired earlier this year. The broadcast featured nine MLF anglers – including REDCREST 2022 Champion Bobby Lane – each fishing in their own boats while competing as three, three-man teams.

The anglers on each team wore wireless earpieces which provided constant communication with their teammates. This communication allowed each team to work together and strategize in real-time on the water, shifting baits, techniques, patterns and areas as needed, thus creating a new type of excitement, drama and tournament experience that had never been seen before on television.

“The General Tire Team Invitational was one of the most memorable, fun events that I have ever competed in,” said Lane, who competed in the event on a team alongside his brother, Chris Lane, and REDCREST 2019 Champion Edwin Evers. “Working with my brother and Edwin to break down Garcia Reservoir together while competing against two other teams of some really great anglers was so exciting and fun. We are all incredibly excited for the rollout of this new Series and can’t wait to see how everything plays out.”

“General Tire is excited to continue our partnership with Major League Fishing and deliver another exciting new way for fans to watch their favorite anglers compete,” said Travis Roffler, Director of Marketing for General Tire. “The Team Series, with the MLF SCORETRACKER® leaderboard and the constant communication, is a concept that has never been seen before in professional bass fishing. We love it, the anglers love it, and we know that the fans are going to love it as well.”

Like prior Cup events, anglers will only be told the host destination two weeks prior to the event, and won’t learn which fishery they are competing on until they arrive at the boat ramp the morning of competition.

Although the fisheries will not be revealed publicly until the episodes premiere next January on Outdoor Channel, MLF has announced the filming dates for the 2022 General Tire Team Series:

The winning three-man team in the General Tire Team Series Championship will claim the $300,000 top prize. The second-place team will earn $60,000, and the third-place team will win $30,000. Teams fourth through ninth in the championship will each earn $15,000 prize. All anglers will receive $3,000 for participating in the no-entry fee Qualifying Events.