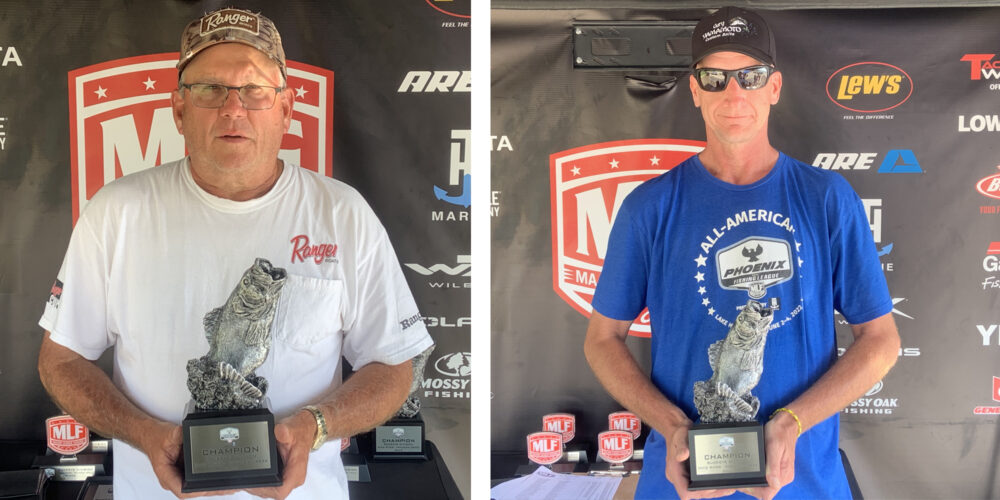 “I didn’t really get a good bite until about 9:30,” Logan said. “I stayed in Hogan Creek all day flipping wood and stumps in the creek channel.”

Logan said his keeper bites came spread out throughout the course of the day with his first coming at 9:30 a.m. and the last at 1:30 p.m. Logan said the water was up, and the fish were holding on wood shallow near the bank. He relied on a Reaction Innovations Smallie Beaver to provoke the few strikes he could during the tournament.

“Fishing was really tough,” Logan said. “I only had four bites. I didn’t even have a lot of short fish. Everybody struggled.”

Tim Adams of Burlington, Kentucky, had a largemouth that weighed 4 pounds, 3 ounces that was the heaviest of the event in the Boater Division and earned the day’s Berkley Big Bass Boater award of $645.

Zelinskas caught the largest bass in the Co-angler Division, a fish weighing in at 2 pounds, 13 ounces. The catch earned him the day’s Berkley Big Bass Co-angler award of $310.