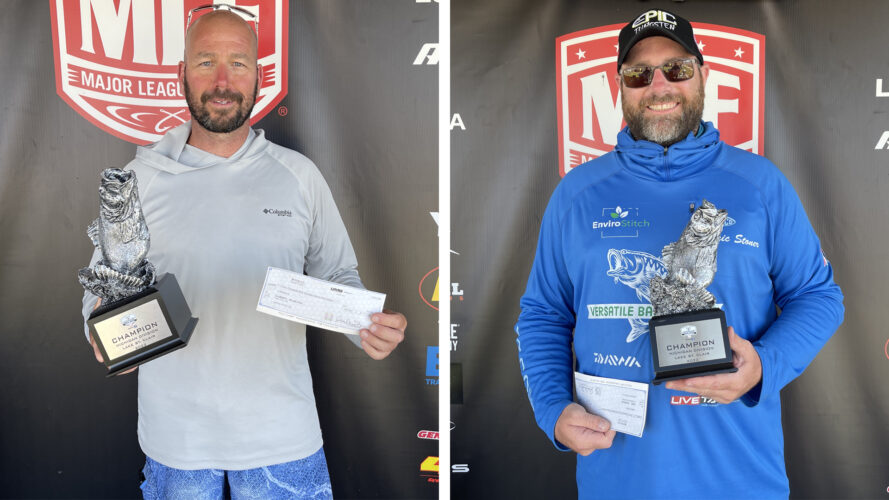 “This is quite amazing,” said Marcine, who notched his win in the first Phoenix Bass Fishing League event he entered. “I’m new to the area since about four years ago, and I wanted to try an event out, so this one came up, and I ended up winning it. I’m still blown away by the whole thing.”

Marcine said he pre-fished for the tournament and found some weeds that were starting to pop up in the depths of the central part of the lake. Marcine used a drop-shot rig to drag Berkley baits around the grass clumps and bare spots during the tournament in 19 to 21 feet of water.

“The weed clumps haven’t fully set in yet, but they’re starting to show up,” Marcine said. “They’re giving guys a bit of a target to fish.”

Marcine said he culled five times during the course of the day.

“It wasn’t fast and furious by any means,” Marcine said.

Six caught a bass weighing 5 pounds, 12 ounces – the heaviest of the event in the Boater Division – earning him the day’s Berkley Big Bass Boater award of $760.