REDCREST 2022 Presented by Costa to Air Sunday on CBS 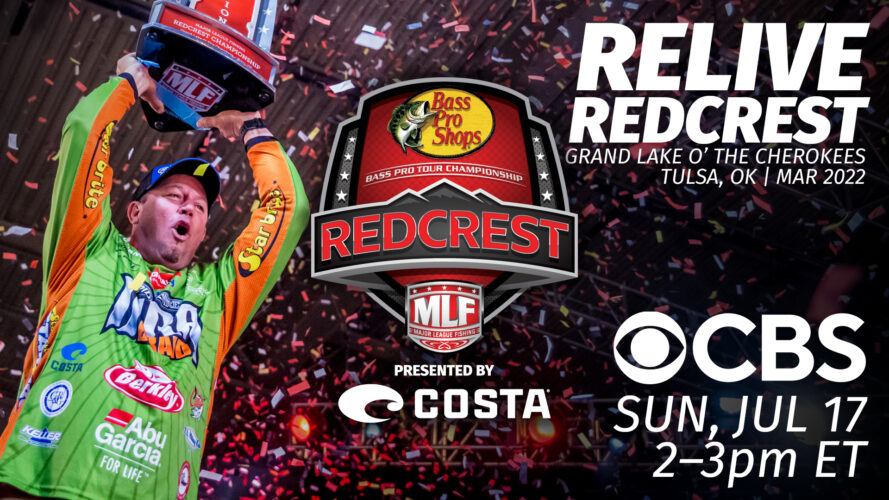 TULSA, Okla. – Major League Fishing’s REDCREST 2022 Presented by Costa – the Bass Pro Tour Championship filmed earlier this year on Grand Lake O’ the Cherokees and in Tulsa, Oklahoma – will premiere nationwide Sunday, July 17, on the CBS Television Network from 2-3 p.m. ET. The program, which will also stream on Paramount+, showcases the 40 top professional bass anglers from the 2021 Bass Pro Tour, competing across five days at Grand Lake for the prestigious REDCREST Championship and the top prize of $300,000.

Sunday’s airing on CBS will showcase the highlights from all five days of the event with behind-the-scenes angler commentary and interviews, as well as a thrilling final-day shootout between some of the top anglers in the sport, including Bobby Lane, Luke Clausen and Jacob Wheeler. The event was hosted by Tulsa Regional Tourism.