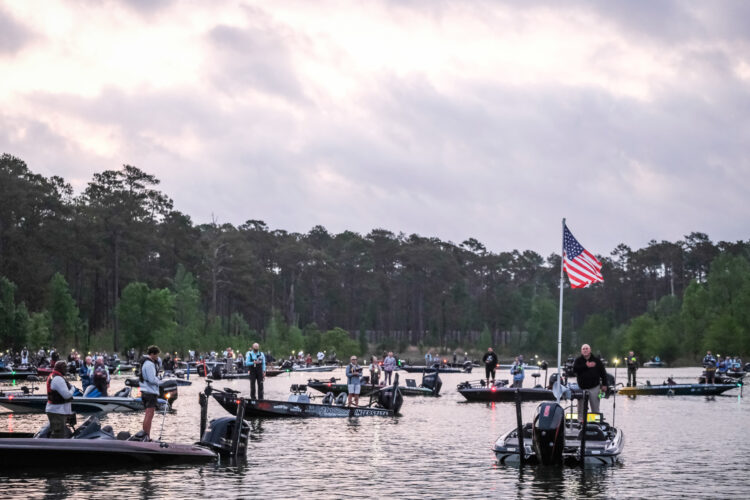 BROOKELAND, Texas– The Major League Fishing (MLF) Toyota Series presented by A.R.E. Southwestern Division will continue its 2021 season with a tournament this week in Brookeland, Texas, April 28-30, with the Toyota Series Presented by A.R.E. at the Sam Rayburn Reservoir presented by Berkley. Hosted by the Jasper-Lake Sam Rayburn Area Chamber of Commerce, the three-day tournament will feature the region’s best bass-fishing pros and Strike King co-anglers casting for a top prize of up to $65,000, plus an additional $35,000 bonus if the winner is a qualified Phoenix Boat owner.

Anglers will take off daily at 6:30 a.m. CT from the Umphrey Family Pavilion in Brookeland. Weigh-ins will also be held at the pavilion and will begin at 2:30 p.m. Attendance is limited to competing anglers and essential staff only. Fans are encouraged to follow the event online through the “MLF Live” weigh-in broadcasts and daily coverage at MajorLeagueFishing.com.