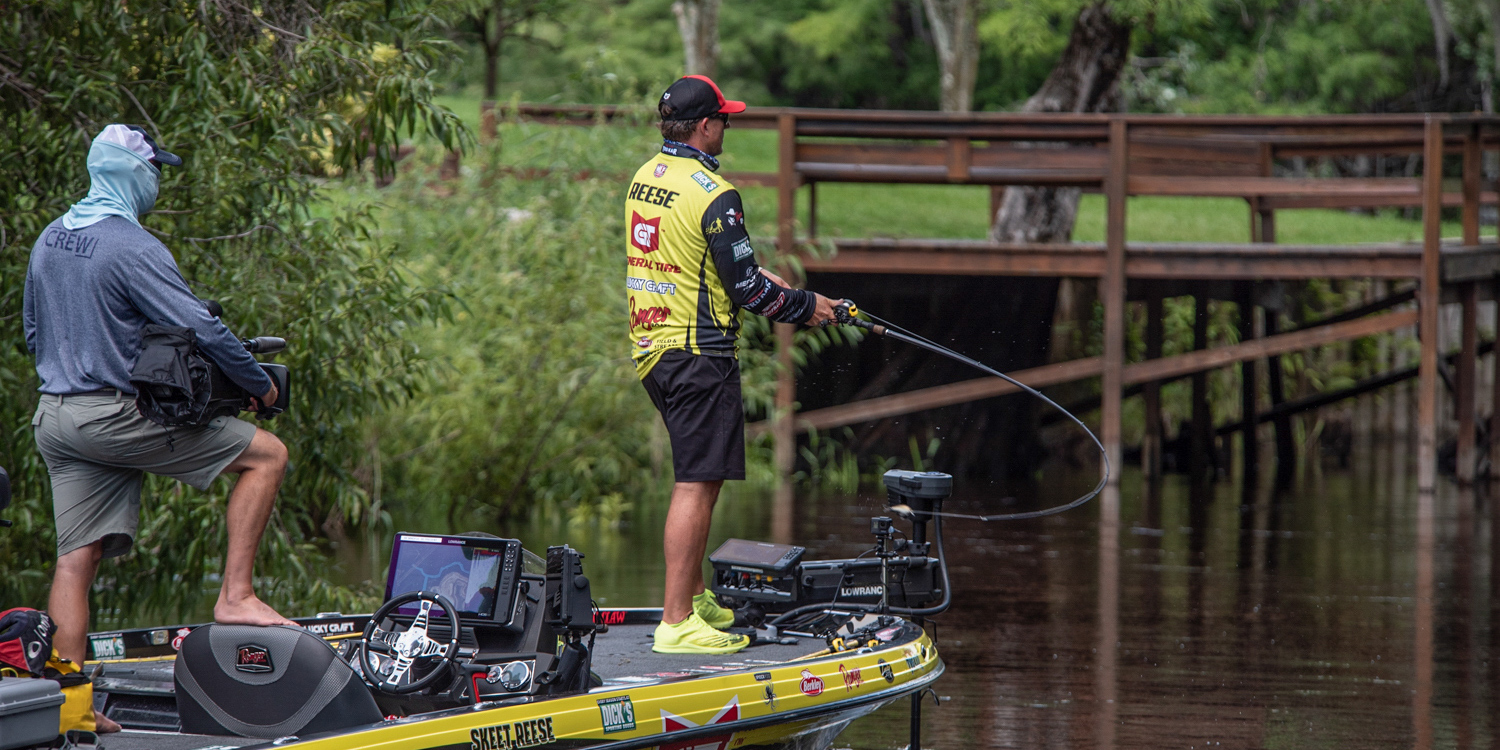 June 8, 2020 (Kissimmee, Fla.) – Major League Fishing (MLF) continued with live-sports action hosting their biggest event of the year on the Kissimmee Chain. General Tire pro Skeet Reese leads Group B after the first day of the Qualifying Round in the inaugural Toyota Heavy Hitters Presented by Venmo, featuring three-quarters of a million dollars in payouts. Fellow General Tire pro Mark Rose caught a 9-pound, 2-ounce largemouth late in the third period to take the lead in Group B for the Heavy Hitters $25,000 big-fish bonus. Group A returns to the water Tuesday for the final day of their Qualifying Round where Favorite Fishing pro Zack Birge currently holds a 17-pound lead over the rest of the field. The competition continues daily through Friday.

On Sunday, MLF resumed the 2020 Bass Pro Tour season after an 80-day, mid-season pause to minimize the spread of COVID-19. Due to the socially distant nature of competitive bass fishing and the unique MLF format, MLF moved forward with live competition while other professional sports remain paused. The MLF format, which features catch, weigh, and immediately release, eliminates a traditional weigh-in by weighing the fish on the boat and recording the cumulative weight in the proprietary SCORETRACKER® over each three-period, nine-hour day.

After a scoreless first period, Skeet Reese logged 30 pounds in 65 minutes into SCORETRACKER® after moving locations and abandoning his practice. Using a Lucky Craft 1.5 square bill crankbait in copper green shad and Trilene® 15-pound fluorocarbon, Reese ended the day with 43 pounds, 8 ounces on 12 total fish. When his pre-game strategy didn’t appear to pay-off in practice or Period 1, Reese said he went with his gut.

“In Day 1 of practice, I never caught a keeper; the second day, I caught five or six keepers but random stuff over 12 hours. I fished those areas again this morning and ended up frustrated with no keepers by the end of the first period,” reflected Reese. “I needed to do something different, so I headed to an area where I had seen some schooling. It was hard to get in there; I jumped a sand bar. My intuition paid off; this is a nice way to start back on the Bass Pro Tour with Heavy Hitters on Kissimmee!”

Once he took the lead in Period 2, Reese held on through the end of the competition despite a solid run by both Mark Rose and David Walker. Rose, who ended the day with 38 pounds, 9 ounces, caught 25 pounds in the third period alone, including the Berkley Big Bass of the day, which tipped the scale at 9 pounds, 2 ounces. After a slow first period, Rose said he regrouped to gain some confidence before landing the lunker.

“I don’t know what happened there in the morning,” said Rose who only caught two scorable bass in the first period. “I needed to clear my head; so, I ran, found a new spot to make sure my timing was right, then got back out there and they bit a little more this afternoon. We definitely have our work cut out for us to try to win this round; we will see what we can do.”

Walker ended the day with the most scorable bass at 13 and a total weight of 37 pounds, 5 ounces, only 1 pound, 4 ounces behind Rose. Walker posited a steady catch rate all day by switching bait and locations periodically. He landed his largest bass, which weighed 4 pounds, 6 ounces, on a crankbait in moving water at the close of Period 2.

Despite Mark Daniels Jr. holding the lead much of the day with a 7-15, Rose’s 9-2 late in Period 3 landed him in the lead for the $25,0000 “Heavy Hitter” big-fish bonus for Qualifying Round, Group B, which concludes on Wednesday.

The competition continues Tuesday when Group A returns for their second and last day of Qualifying Round. The anglers who finish in 21-40th place in Group A will be eliminated, which the top 20 will advance to the Knockout Round on Thursday. The winner of Group A will earn an automatic berth to Friday’s Championship Round or the opportunity to fish in the Knockout Round and a chance to land the $50,000 big bass bonus. Major League Fishing rules indicate that if the Qualifying Round Group winner chooses to fish Knockout Round, they forfeit their automatic berth and will need to secure a Top-10 finish in the Knockout Round to advance to the Championship. Favorite Fishing pro Zack Birge leads Group A by 17 pounds. Brent Ehrler leads the $25,000 Heavy Hitters bonus with an 8-pound, 6-ounce largemouth.

Pending no weather delays, the day begins with launch at Big Toho Marina, Kissimmee, Fla., 6:15 a.m. ET before lines-in at 7:00 a.m. Period 1 ends at 9:30 a.m. Period 2 spans 9:45 a.m. until 12:15 p.m. Period 3 begins at 12:30 p.m. and lasts until day’s end at 3:00 p.m. The General Tire Takeout show airs approximately 3 – 4 p.m. from the water. Fans can catch all the action every day of competition on MLF NOW! live stream on MajorLeagueFishing.com or download the MLF App for your Apple or GooglePlay device or on MyOutdoorTV (MOTV).