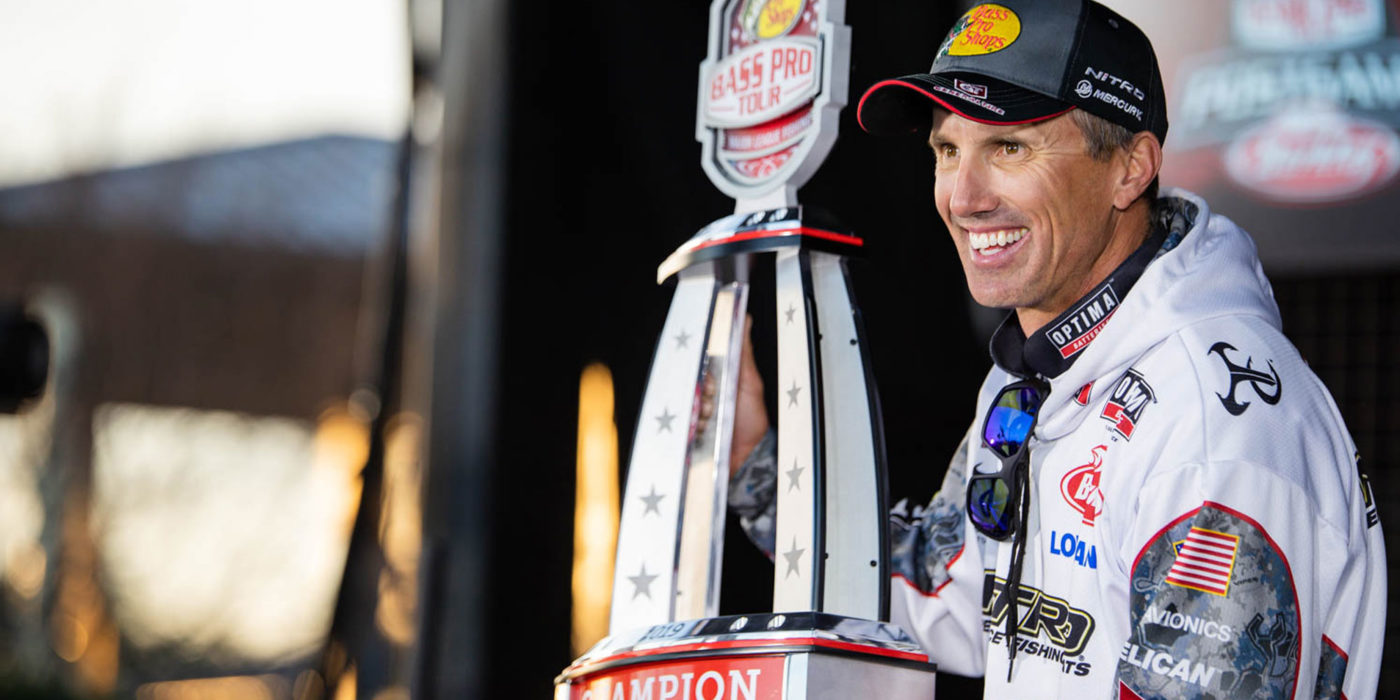 As a result of the relationship, MLF television viewing audiences will see the TrueTimber logo and camo patterns integrated throughout Bass Pro Tour programming in 2019. A new TrueTimber Fishing television commercial will also debut online and during the MLF NOW! live stream coverage during competitions, and will hit the airwaves when MLF airs on television and cable networks later this year.

“In 2018, our passion for the outdoors carried over to the water as we added the all-new TrueTimber Fishing line to our repertoire,” said TrueTimber CEO Rusty Sellars. “And this year, we’re excited to bring TrueTimber to the MLF audience. Our sponsorship of the Bass Pro Tour is the perfect opportunity to introduce our high-quality, high-value performance apparel to die-hard anglers and MLF fans across the country.”

MLF pro and TrueTimber brand ambassador Edwin Evers wrapped up a dominating performance last month during the Bass Pro Tour’s Stage Two on Lake Conroe, claiming Championship trophy with a weight of 51 pounds, 12 ounces for the win. The Oklahoma pro caught 24 scorable fish on the final day, including an 8-1 largemouth with 9 minutes left on the clock.

“We are thrilled to welcome TrueTimber to Major League Fishing and the Bass Pro Tour,” said Jim Wilburn, president and CEO of Major League Fishing. “We couldn’t be happier than to be associated with a brand such as theirs. They create some of the most realistic camouflage on the market. They’ve already experienced a Bass Pro Tour victory this season with Edwin Evers winning Stage Two, and we look forward to seeing their continued successes both on and off the water throughout the 2019 season.”

The MLF Bass Pro Tour will head to Raleigh, North Carolina, March 26-31 for Stage Three of the 2019 season as anglers compete on three prolific nearby lakes. Falls Lake, Shearon Harris Reservoir and Jordan Lake will host bass fishing’s newest and highest-profile tournament series, featuring 80 of the best professional anglers in the country. To watch Major League Fishing or find more information about the schedule, anglers and rules visit MajorLeagueFishing.com.

Founded in 2005, TrueTimber is based in Inman, South Carolina and is the most realistic, performance-driven camouflage brand in the industry. TrueTimber offers a wide variety of clothing items and accessories, featuring 27 distinct camo patterns that perfectly blend with their surroundings. The company spends countless hours researching, testing and seeking new technology to produce the most effective and lifelike camouflage patterns possible. TrueTimber products can be found in retailers across the United States and Canada, and it continues to be one of the fastest growing camouflage companies in the world. For more information about TrueTimber, visit TrueTimber.com.