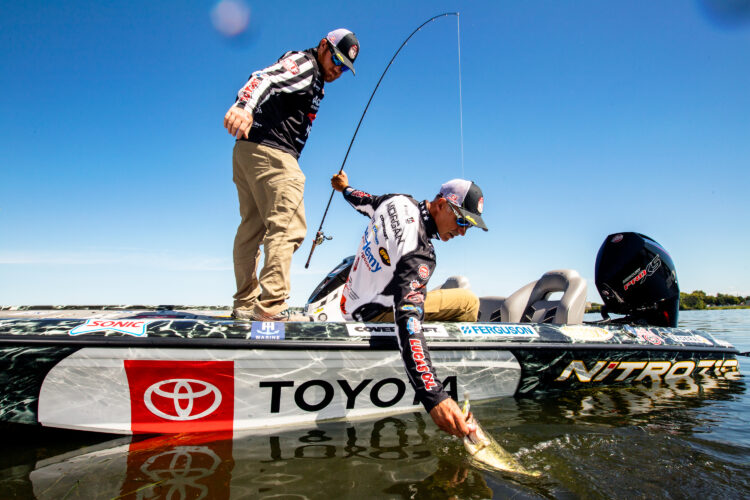 COLUMBIA, S.C. – The Major League Fishing (MLF) 2021 Wiley X Summit Cup Presented by B&W Trailer Hitches is set to premiere with a two-hour episode this Saturday, May 15, at 2 p.m. ET on the Outdoor Channel. The event, shot over six days in early February at Lake Murray in Columbia, South Carolina, showcases 30 of the top professional anglers in the world competing in the final event of the 2021 MLF Cup season.

Lake Murray has played host to numerous major bass-fishing championship events, including the 2008, 2014 and 2017 FLW Cup Championships, and a 2018 MLF Challenge Select event – won by pro Keith Poche (competing in this event). The Wiley X Summit Cup Presented by B&W Trailer Hitches will mark just the second time that MLF has visited the “Jewel of South Carolina.”

The anglers in Group 1 that compete this Saturday (May 15) on Day One of the 2021 Wiley X Summit Cup are:

The anglers in Group 2 that compete next Saturday (May 22) on Day Two of the 2021 Wiley X Summit Cup are:

The anglers in Group 3 that compete in the final Elimination Round (May 29) on Day Three of the 2021 Wiley X Summit Cup are:

The 2021 Wiley X Summit Cup Presented by B&W Trailer Hitches was hosted by Capital City/Lake Murray Country. The event will air on the Outdoor Channel as six, two-hour original episodes each Saturday afternoon starting May 15, 2021, and running through June 19, airing from 2 to 4 p.m. ET. Each episode will be available for viewing on the MyOutdoorTV (MOTV) streaming app on the Monday morning following each episode’s Saturday premiere.