Limits to no end 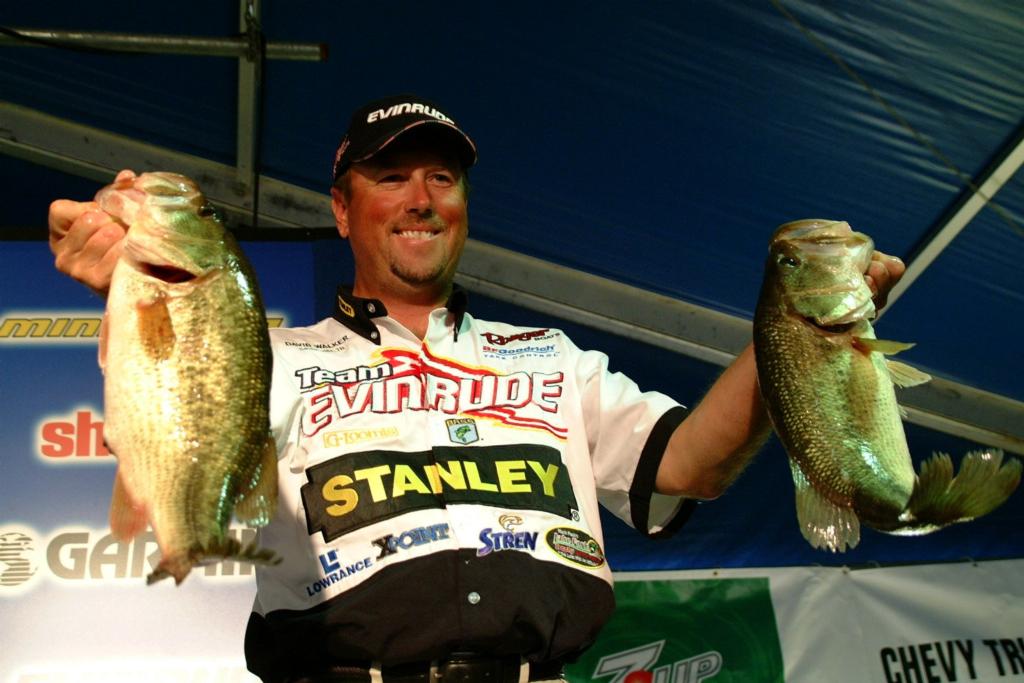 PLATTSBURGH, N.Y. – The numbers spoke for themselves on day one of competition at the Wal-Mart FLW Tour’s Forrest Wood Open: 394 anglers weighed in and 316 of them caught five-bass limits. In total, FLW anglers pulled 4,481 pounds, 3 ounces of bass out of Lake Champlain Wednesday – a new one-day record for the tour – but it was the 20 pounds, 3 ounces of fish weighed in by pro David Walker of Sevierville, Tenn., that led all challengers in the limit frenzy.

“This is an awesome lake, but 20 pounds here is a really great day,” Walker said.

“Awesome” falls short of a proper description of the Lake Champlain bass fishery, which Walker seemed to imply. There was a sense of giddiness among most of the anglers, particularly the leaders, when they came off the water Wednesday afternoon. Simply put, if you bring a whole bunch of the world’s top bass anglers to one of the world’s best bass lakes, they’re going to catch some fish – lots of fish. And when pro anglers catch lots of fish, they seem to smile a lot more.

“It was just stupid,” said a grinning Rob Kilby, who placed second in the Pro Division with a limit weighing 19 pounds, 2 ounces. “I just had one of those days that you dream about in a tournament.”

Put in perspective, the Pro Division crushed its previous one-day weight record, 2,349 pounds – which was set, not surprisingly, at Lake Champlain in 2002 – with a total of 2,650-13 Wednesday. Granted, the field fished 175 boats two years ago, but it’s a record nonetheless.

The FLW Tour record for total weight and number of fish caught in a tournament was also set at the 2002 stop on Lake Champlain. In that event 3,447 fish weighing 8,379 pounds, 10 ounces were caught by both divisions over four days. With 200 boats fishing here this year, the anglers are on pace to demolish those numbers by the end of the week.

More numbers: Out of 200 pros today, 189 of them caught limits. Just two pros failed to weigh in a fish. In fact, you had to look all the way down to 118th place in the day-one results to find the first pro without a limit. After that, the next non-limit sat in 188th place.

Walker’s limit consisted mainly of 4-pound bass – which seems to be the magic fish weight for contending sacks – and they were all largemouths. He said he took a chance today, making a long run south to a hot spot he found after three days of searching for just the right honey hole.

“It was a gamble when I went for it,” said Walker, who led day one earlier in the year at Beaver Lake but missed the cut after zeroing on day two. “I stayed there and tried to catch as much as I could today. At this lake, you better make hay while you can because, if you fall behind, you won’t catch up – and I’ve done that before. I wanted to make sure that I didn’t catch just 16 or 17 pounds and get caught wishing that I’d caught just one more quality fish.”

Walker wasn’t sure he’d make much hay Wednesday, mainly because he didn’t know exactly for what kind of bass he was fishing. He worked a Lake Fork Trophy tube in holes along a shallow, grassy area and caught some 30 bass throughout the day. But while many pros had a distinct plan for catching either spawning or postspawn fish, Walker didn’t know what he was getting into.

“It was kind of like a typical spawning spot, but I couldn’t really see if they were on the beds,” he said. “After a while my partner said, `Are these fish spawning?’ I said, `I don’t know. Maybe they are.’ I’m starting to think that they were actually bedding fish that I couldn’t see. These fish are so camouflaged and the water was a little stained. The rules don’t really apply here, so this time I’m going to stick with one way of fishing.”

While Walker went shallow for largemouths, Kilby went deeper and caught all smallmouths. Throwing a Terminator tungsten spinnerbait – as well as a jig later – while targeting postspawn smallies suspended in about 15 feet of water, he caught seven fish on his first seven casts of the day.

“I probably culled another 16 pounds more than what I had, and I never fished the same place twice,” said Kilby, who hails from Hot Springs, Ark. “I just made all the right moves and all the right decisions. I had a perfect day. I had a lot of bites and I didn’t lose any of them.”

After finding 4-foot waves at his main spot on the north end of the lake this morning, pro Jimmy Millsaps of Canton, Ga., switched gears and searched for some sheltered areas. He found them, caught a limit weighing 18 pounds, 12 ounces and placed third.

“I tried to find an area with an east or south wind,” he said. “When a body of water is this big, you need to have a place that is protected.”

“I took off looking for the ones that are cruising around by themselves, which tend to be a little bigger,” he said. “With the caliber of fishermen here, you’ve got to bust them because they’re all going to bust them.”

Clark Wendlandt of Cedar Park, Texas, placed fourth for the pros with a limit weighing 18 pounds, 11 ounces. A renowned sight-fisherman but enthusiastic smallmouth fisherman, the two-time FLW Angler of the Year said he discovered “something a little different” for catching bigger smallies that put him near the top of the leaderboard.

“I figured out where the majority of the fish were,” he said. “There were no boats where I was and I was shocked. I must have culled at least 16 pounds. This place is just incredible.”

Scott Martin of Clewiston, Fla., placed fifth on the pro side with a limit weighing 18 pounds, 7 ounces. Martin finished fourth at Champlain in 2002.

Obviously, all of the top 10 pros caught five-bass limits.

Osaka, Japan’s Shinichi Fukae, who held a 33-point lead in the standings coming into this event, has all but secured the Land O’Lakes Angler of the Year title. He placed 17th Wednesday with a limit weighing 17 pounds, 4 ounces.

His closest challengers, second-ranked Greg Hackney of Gonzales, La., and third-ranked Mike Surman of Boca Raton, Fla., both placed 71st and would both need to mount a miraculous comeback to overtake Fukae. Perhaps Fukae’s biggest threat – should he somehow falter Thursday – comes from fourth-ranked Wendlandt, who gained 13 points on the leader Wednesday but still needs to make up another 63 places on Fukae Thursday for his own miracle comeback.

Should Fukae go on to win the standings, he would be the first Japanese pro to win FLW Angler of the Year and the first angler ever to hold the title in two countries. While a rookie on this circuit, Fukae is the 2003 Japan Bass Angler of the Year from the JB World Series, Japan’s premier tournament circuit.

Second-ranked Greg Gulledge of Monticello, Ark., made a push for Co-angler of the Year by placing first from the back of the boat with a limit weighing 16 pounds, 13 ounces.

“I was just flipping a lot of shallow water,” he said. “I had a great day and I caught a bunch of fish. I had my limit by 10 o’clock.”

Gulledge, who caught four largemouths and one smallmouth on a variety of jigs, has been a standout in the Co-angler Division all season long. With three top-10 finishes already under his belt, he is a contender for the standings title, but must overcome an 80-point deficit to Keith Pace tomorrow. However, Pace, who also hails from Monticello and is Gulledge’s roommate on the road, appears to have stayed on top by placing 30th Wednesday.

“I did all I could today,” Gulledge said about the points race. “That’s going to be pretty tough to catch.”

“I had a great day and a terrific partner (pro Mark Hardin),” Ward said. “They bit pretty much all day.”

Larry Caldwell of St. Peters, Mo., placed third on the co-angler side with a limit weighing 15 pounds, 10 ounces.

Coming in fourth was Jason Knapp of Uniontown, Pa., with a limit weighing 15 pounds, 7 ounces.

Robert Blosser of Poynette, Wis., placed fifth with a limit weighing 15 pounds even.

All of the top 11 co-anglers caught five-bass limits.

The opening round of the Forrest Wood Open at Lake Champlain continues with its second half Thursday as anglers take off from Mooney Bay Marina in Plattsburgh at 6:30 a.m. Eastern time. The full fields will be cut down to the top 10 anglers apiece following tomorrow’s action.