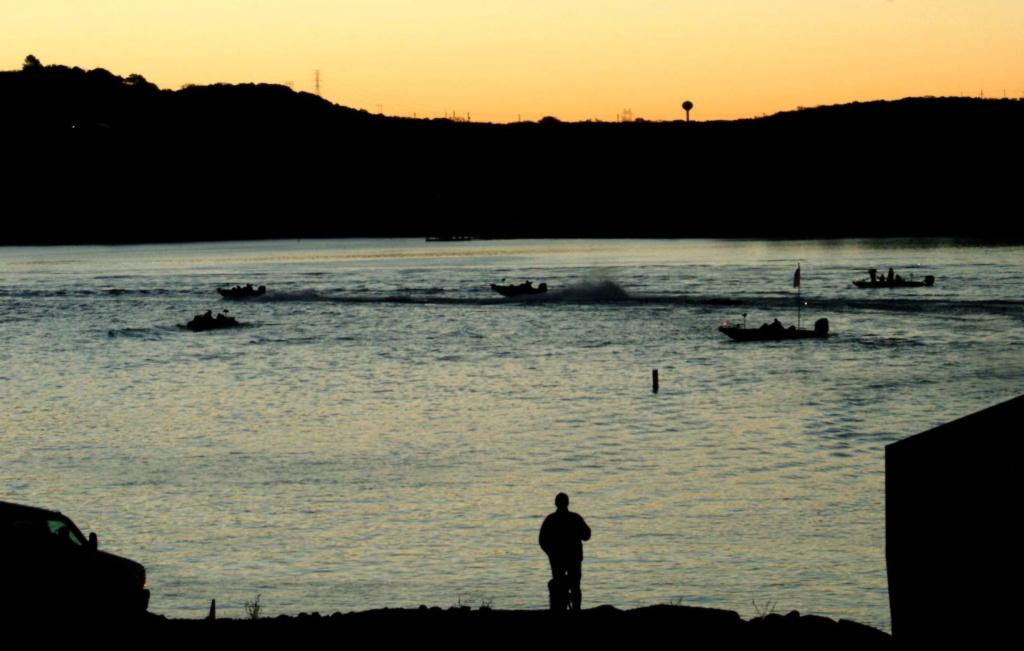 AUSTIN, Texas – As the top 10 pro finalists departed Travis County Mansfield Dam Park shortly after 7 a.m. Sunday, they were greeted with warming temperatures and calm winds. Indeed, day four of the Wal-Mart FLW Tour event on Lake Travis will be a pleasant day on the water.

Whether nice weather translates into more fish is anybody’s guess. Nearly all of the pros felt the bite would improve with warming temps on day three, but just the opposite happened. The main culprit is simply fishing pressure, and lots of it.

The best fishing holes on Lake Travis have withstood three days of intense poking and prodding with one more on the way. Are there any fish left in these honeyholes, or is it time to look for new water? Yesterday, local pro Clark Wendlandt predicted that the winner of this event will be an individual who is not afraid to change. While it might not be practical for other pros to switch up this late in the game, Wendlandt clearly has other areas in mind.

“I’m going to start with the jig early,” said the Leander, Texas, resident. “But I may change up and fish the crankbait later, I don’t know. The crankbait bite depends on the wind, and there’s not much wind right now.”

Wendlandt isn’t prone to scripting his day; instead he let’s his natural instincts dominate his decision making.

“I’ve got one day to fish Lake Travis to win.” 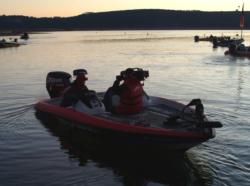 Current leader Aaron Hastings doesn’t plan to change anything with his game plan. He’ll return to his contour breaks under floating docks located in the back of a creek. For him, it’s a matter of finding where his fish have repositioned.

“Every day they move a little bit,” said the 34-year-old. “I’m going to start from where they were yesterday and hunt around a little bit until I find them again.”

Hastings, a second-year FLW Tour pro, said his goal today is to catch everything that bites and make no mental mistakes.

Today represents the fourth and final day of competition at the season-opening FLW Tour event on Lake Travis. First place in the Pro Division will go to the angler who brings in the heaviest two-day combined stringer over Saturday and Sunday. The winning pro is guaranteed a top prize of $100,000, with a chance to win $125,000 if he is a registered owner of a Ranger boat. 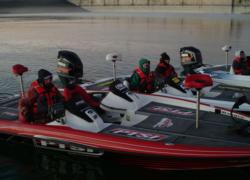 The action continues at today’s weigh-in, which is scheduled to take place at 4 p.m. Central time at the Austin Convention Center, located at 500 E. Cesar Chavez St. in Austin, Texas. The free Family Fun Zone will open its doors at 10 a.m. For those who can’t catch the action in person, FLWOutdoors.com offers FLW Live, an online application that brings fans real-time weigh-in results, streaming video and audio.