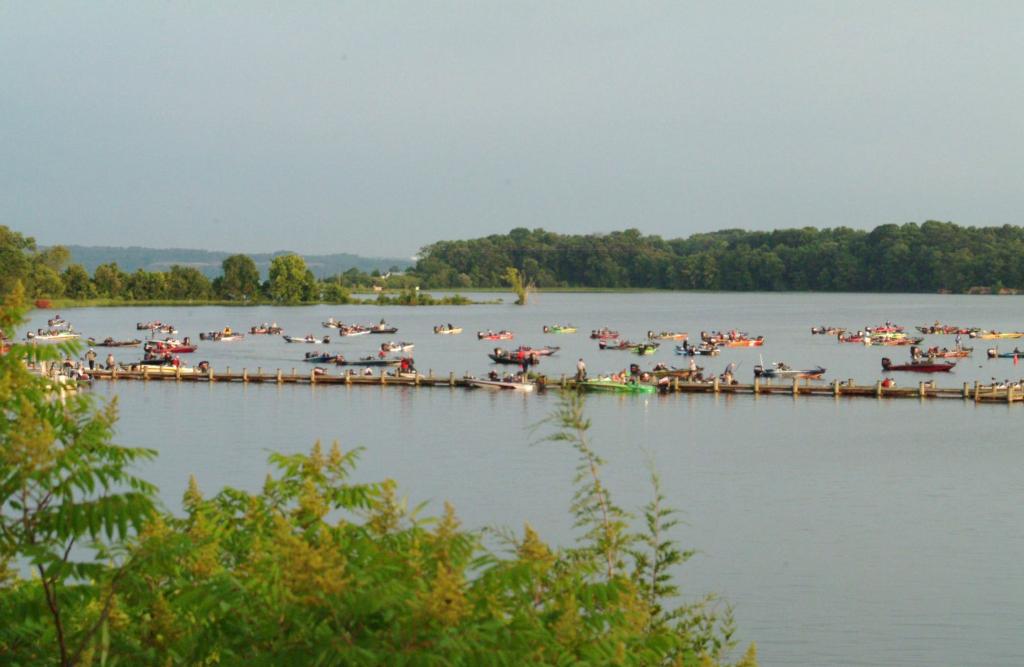 CHARLES COUNTY, Md. – On day one of the Wal-Mart FLW Tour event on the Potomac River, a strong topwater bite stole the show. But if Friday’s takeoff conditions were any indication, the frogs and toads will take a back seat on day two in favor of flipping.

Coming in, most anglers expected the tournament to be dominated by the river’s abundant grass and wood. Those two patterns played a role yesterday, but the topwater bite was essential for kickers. However, as the sun mounted Friday morning, most anglers were re-rigging their topwater rods with plastic worms and creature baits.

Under sunny skies, bass simply don’t feel as comfortable rising to the surface. Instead, they tend to bury themselves in thick cover such as milfoil, lily pads and stumps. As of 6:30 a.m., the skies comprised a mixture of clouds and sun, so the window of opportunity for topwaters is there, but it is small. The forecast predicts the sun will continue to burn off the remaining clouds as the morning progresses. 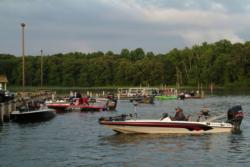 That’s not a problem for National Guard pro Ramie Colson Jr., who is tied for 16th place after day one with 16 pounds, 2 ounces. He threw topwaters for a little while yesterday, but has no plans of doing it again today.

“I’m using very traditional Potomac River baits,” said the Cadiz, Ky., pro. “I start off the day shallow by throwing Yamamoto Senkos and finesse worms. But when the tide is at its lowest point, I switch to flipping grass with a Zoom Baby Brush Hog.”

Colson said the bite is best for him when the tide is just past its lowest point and is starting to come back in.

Tides and topwaters aside, with high temperatures forecasted in the mid-70s and just a slight breeze, day two on the Potomac should be a classic summertime day on the water. 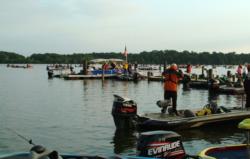 The two-day, opening-round cut will be made following Friday’s action. The full field competes in the opening round for one of 10 slots in Saturday’s competition based on their two-day accumulated weight. Look for the pro cut weight to hover around 31 to 33 pounds and the co-angler cut weight to settle in around 23 to 26 pounds.