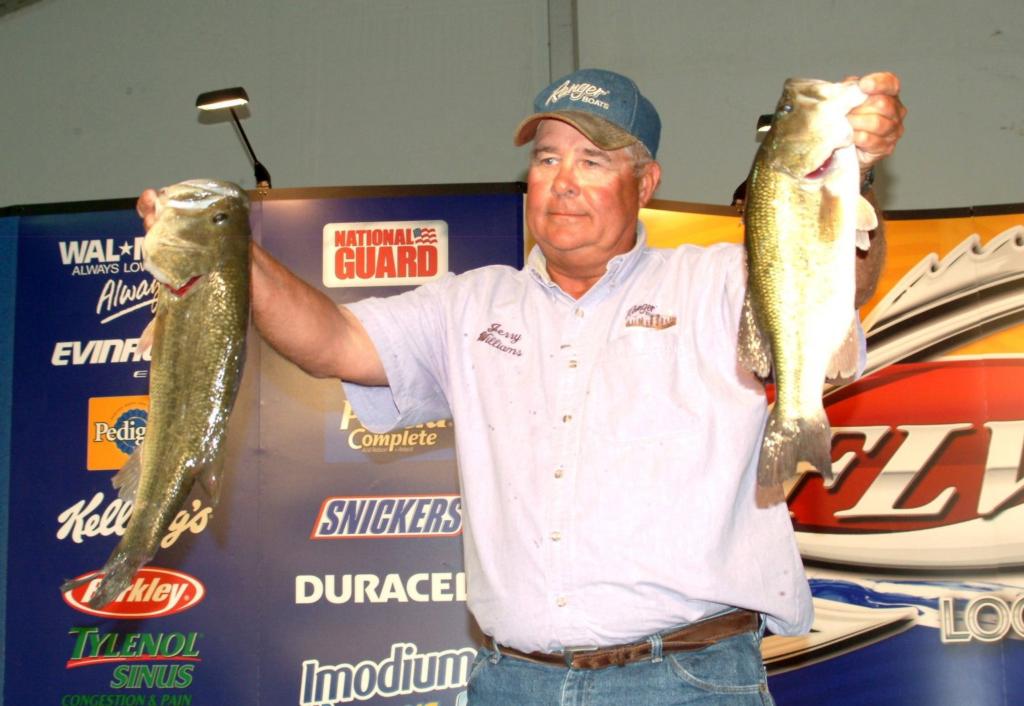 Father knows best, part one … Jerry Williams made his second consecutive cut in as many FLW tournaments held at the Potomac River. The last time here, in 2005, he finished third, and he’s guaranteed another top-10 this week. In fact, his heaviest career catch in FLW Outdoors competition – 20 pounds, 4 ounces – came at this venue in 2005. So what’s a well-heeled pro from Conway, Ark., doing scorching a northerly waterway like the Potomac every time he comes here? “It fishes a lot like our home lake, Lake Dardanelle,” said his son Keith, who also posted good numbers this week and finished 36th. “It has grass, it’s dingy, and it’s a river, so it has current. We love fishing current.” Jerry and Keith fished the same area Thursday – as they tend to do – but the dad outpaced the son by almost 4 pounds. What gives? “I don’t do as well as he does here,” Keith said. “He’s just more patient than I am.” 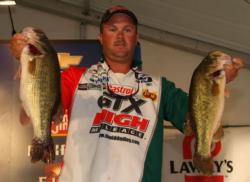 Father knows best, part two … The other father-son tandem making waves at the Potomac as we roll into Father’s Day weekend is no surprise to anyone. James and David Dudley each made the cut by catching massive limits on day two. Million-Dollar Dave, fishing as a pro, caught 20-7, and James caught 15-1 in the Co-angler Division. Even though David is the Dudley known for his moneymaking ability on the pro tour, he says it’s his father who owns bragging rights to the Potomac River, even though he’s fishing from the back of the boat. “He’s one of – if not the – best fisherman on the Potomac,” Dave said before the tournament even started. It’s tough to argue that point. James Dudley’s two FLW Outdoors tournament wins both came at the Potomac in BFL competition, in 2002 and 2003. Hailing from Virginia and North Carolina before that, James has probably caught more fish on the Eastern Seaboard and in the Chesapeake Bay area than Dave has dollars. He’s an elder statesman on the Virginia fishing scene, and he likes to pop up whenever a tournament rolls into town and take the young guns’ money. Dave Lefebre, who won the Stren Series event here last year, said about James: “I’ve probably lost more money in tournaments at the Potomac to that guy than anybody else, so I’m glad to see him in the back of the boat this week.”

News flash … Jay Yelas missed the cut! When you miss the cut and it makes news, you’re having a good year. No, a standout year. Yelas still had a solid week at the Potomac, finishing 19th, and narrowly missed his fourth FLW Tour cut in a row. In doing so, he tightened the screws on the Land O’Lakes Angler of the Year race. His closest rival coming into the week, Andy Morgan, finished in the money in 67th place, but it’s going to take a complete bomb by Yelas at the Detroit River for Morgan to close the gap. Barring a meltdown, this would be Yelas’ second FLW Tour AOY award. He last won it in 2002. 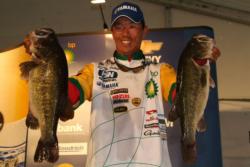 Speaking of AOYs … Shinichi Fukae showed why he won the coveted top-dog award in 2004. After catching just three keepers Thursday – one of which also happened to be the big-bass winner, a 7-3 whale – and placing 107th, Shin mounted a furious comeback Friday and finished 18th with one of the heavier limits of the day, 18-13. Incidentally, his kicker fish was, once again, a whale that weighed in at 6-7. He said he caught both bass on a shaky head fishing an area he called “D.C. water.” In light of today’s catch, what happened yesterday? It was the tides, he said. “Yesterday, no morning bite,” Fukae said. “I was confused. The water was too high.”

11: Number of years it took veteran Florida pro Sandy Melvin to finally make a top-10 cut on the FLW Tour. He’s been at it full-time since 2002 and fished a few tournaments before that going back to 1996, the tour’s inaugural season. His limit Thursday at the Potomac, 20-8, was the second-heaviest of the day. 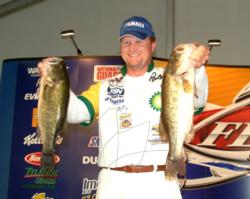 21-6: Weight, in pounds and ounces, of Ray Scheide’s big comeback limit, which launched him from 62nd into fifth place Friday. It’s the heaviest catch of the week, so far.

7-6: Weight of Chris Baumgardner’s big-bass winner Thursday on the pro side, which not only topped Fukae’s big fish from the day before, but also proved once again that the Potomac River has quality bass as well as quantity.

“Sometimes when you live too close to a pond, you just know too much for your own good.”

– Aaron Hastings, summing up the all-to-real phenomenon known as the “local curse.” Hailing from nearby Middletown, Md., the pretournament favorite pro finished a disappointing 133rd.

“I missed the cut by less than 6 ounces twice last year, so the odds are with me.”

– Shad Schenck, who edged into the cut in 10th place, when asked if he thought he’d make it.

“Seldom will you catch me at a loss for words, but by God, I am right now.”

– Dion Hibdon, who couldn’t quite figure out the Potomac on Friday. He caught just one keeper and finished in 143rd place.