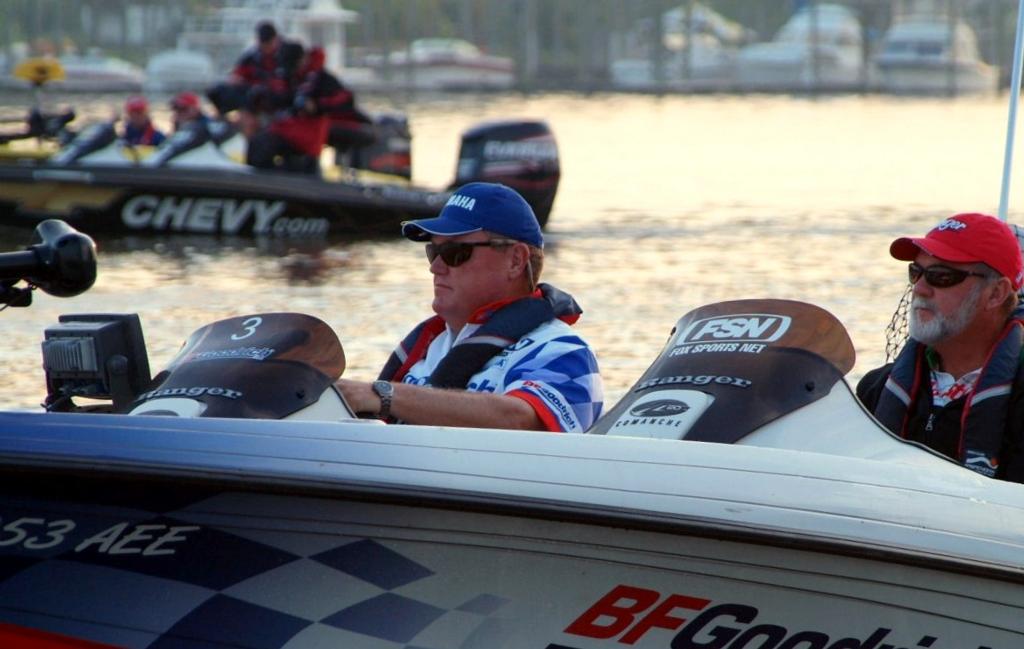 WASHINGTON, D.C. – Weekend festivities for the Wal-Mart FLW Tour final round have moved into Washington, D.C., proper, and it’s anyone’s guess who will win this fish-fest of a campaign on the Potomac River.

Knoxville, Tenn., native Jack Wade has been the most impressive pro to emerge out of the hard-fought opening round. He caught almost 21 pounds the first day and then followed it up with almost 17 pounds yesterday.

But at this prolific fishery, he had lots of company. Just more than 4 1/2 pounds separated first place from 10th after the first two days, so competition was tight. With the weights zeroing out today for the final weekend push, this truly is anyone’s ballgame. In short, the real fishing starts now.

Actually, the fishing will start a little later than usual the last two days, if only because of logistics. Saturday and Sunday, the top 10 boats take off from and check in at Anacostia Park in D.C. on the Anacostia River, which feeds into the Potomac near Washington National airport. Running time and overall time management will play an even greater factor for pros in the finals, especially those who’ve been catching their fish in places like the Mattawoman Creek area, some 30 miles downriver from D.C. The smart pros who made the cut here are the ones who scouted out some areas closer to town in practice to lean on in the finals. 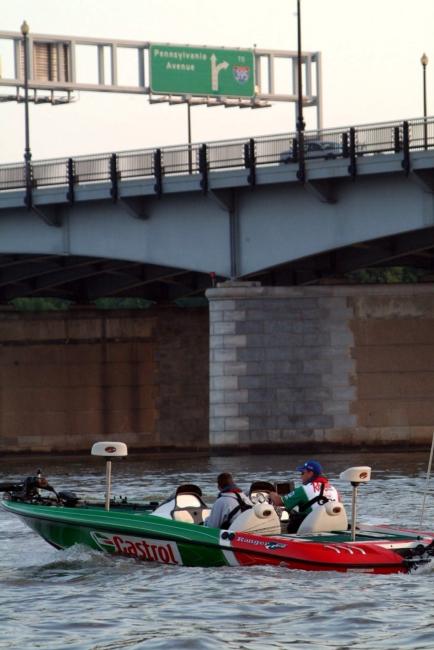 Still, a little run never stops any true bass pros. Some were even thinking of ways to ease the trip back down to their fish. David Dudley, who’s no stranger to finding an edge in a tournament, mused about the possibility of using the airport to his advantage. Air traffic at Washington National tends to run up and down the Potomac on takeoff and landings.

“We’ll have to grab a tow from one of those planes and then just cut the rope when we get down there,” he said.

Farfetched? Maybe. But Dudley isn’t one of the richest pros in bass fishing for nothing. However he gets there, he’ll be a force to reckon with this weekend.

Weights from days one and two were cleared for the final rounds, and co-angler competition will conclude Saturday afternoon. The top 10 pros continue competition Sunday, with the winner determined by the heaviest accumulated weight from days three and four.

Anglers take off at 6:30 a.m. Saturday and Sunday from Anacostia Park located at 1900 Anacostia Drive SE in Washington, D.C. Saturday and Sunday’s weigh-ins will be held at the DC Armory located at 2001 E. Capitol St. in Washington, D.C., next to RFK Stadium, beginning at 4 p.m. For convenience, visitors are encouraged to take the Metro. For details on Metro service to the DC Armory, visit www.wmata.com.

Prior to the weigh-ins, FLW Outdoors will host a free Family Fun Zone and outdoor show at the DC Armory from noon to 4 p.m. each day. The Family Fun Zone is a chance for fishing fans to meet their favorite anglers and review the latest products from Berkley, Lowrance, Ranger, Evinrude, Yamaha and other manufacturers while children are treated to fishing themed games and rides like the Ranger Boat simulator. The first 300 children 14 and under visiting the Family Fun Zone Saturday will also receive a free FLW Outdoors hat. On Sunday, the first 300 children 14 and under visiting the Family Fun Zone will receive a free rod and reel combo. One lucky person attending the final weigh-in Sunday will even win a trip for two to the Forrest Wood Cup in Hot Springs, Ark., where they could ultimately win a $53,000 Ranger Z20 powered by Yamaha. The drawing for a free vacation getaway to Hot Springs will be held immediately following Sunday’s 4 p.m. weigh-in. Participants must be present to win.