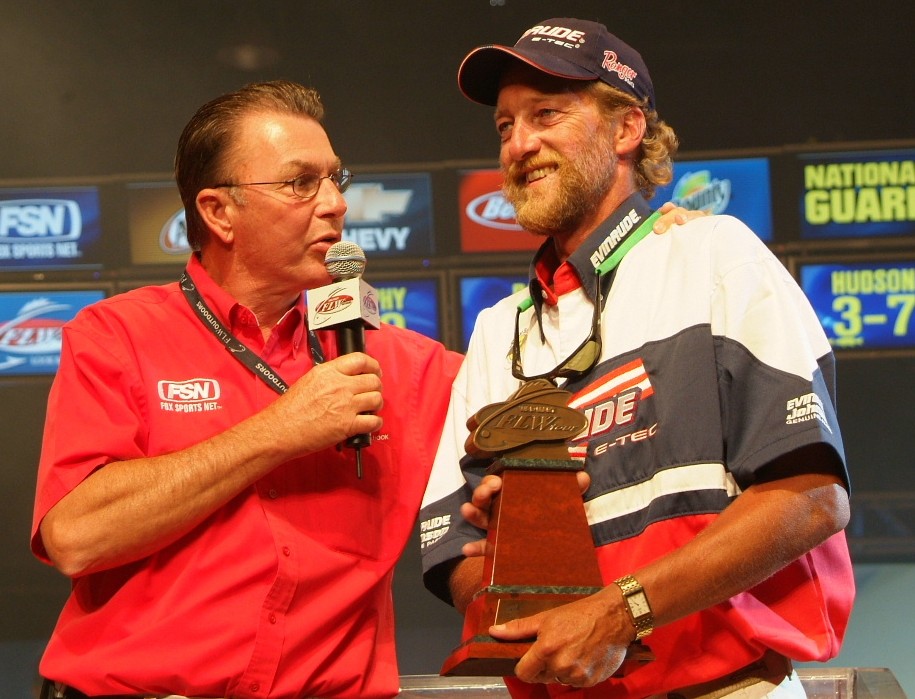 WASHINGTON – Bob Blosser is known around his hometown of Lodi, Wis., as the green-carp chaser. Lodi, located 20 miles north of Madison, is walleye country, yet Blosser’s passion is bass. He’s been fishing the Wal-Mart FLW Tour since 2002. Saturday, he claimed his first victory and $25,000 cash.

Blosser had a major error in judgment, but it didn’t cost him the title. He culled his last fish of the day at 12:30 p.m. and then realized he had released his next-to-smallest fish, not his smallest fish. He estimated he lost roughly 8 ounces from the mistake. Still, he won by a 3-pound, 9-ounce margin. His five-bass limit registered at 13 pounds, 5 ounces.

“I just had a feeling this morning that this was going to be my day,” said Blosser, who was making his second appearance in the top 10. “The first spot we pulled up to, on about my third cast, I caught a 2 1/2-pounder, and I thought, `Cool.'” 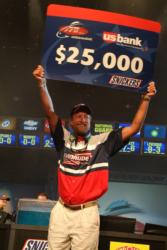 That fish came on a 3/8-ounce custom swimming jig made by Lethal Weapon out of La Crosse, Wis. The bait was tipped with a 4-inch Zoom Fat Albert’s grub. He retrieved it painfully slow across the top of the grass. Saturday, it yielded a total of eight bass. Blosser did catch one other fish flipping a Smallie Beaver. Speed was crucial because the bass in the Potomac River had experienced lots of pressure throughout the week.

He was so impressed with the performance of the swimming jig that he had his friend next-day deliver him a whole shipment for the final two days.

Blosser fishes as a pro himself in the Eastern Division of the Wal-Mart FLW Series. In fact, he currently sits 30th in the points race after two events. Next year, he plans to fish the FLW Tour as a full-time pro. 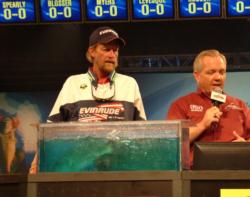 “I like the tour format a little bit better. If I qualify, I think I’m going to try it. I’m not getting any younger.”

That may be true, but the Blosser name will long be remembered in professional fishing circles. Blosser’s son, Robert, fishes as a pro on the Wal-Mart FLW Walleye Tour. In fact, Robert made waves last July on Green Bay when he caught four walleyes that weighed a whopping 34 pounds, 9 ounces. To date, the younger Blosser sits 43rd in the points race and is well on his way toward qualifying for the FLW Walleye Tour Championship.

“I still like bass tournaments because you can usually wear shorts. I say bass are green for a reason – because they’re worth so much money.” 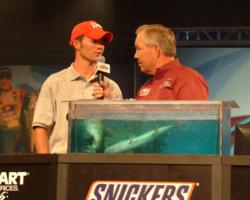 “I caught a lot of fish, just not the quality I was looking for,” he said. 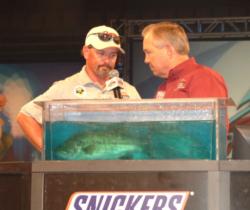 Ken Keirsey of Owasso, Okla., finished third and collected $9,000 with a limit weighing 9 pounds, 12 ounces. His key bait this week was a ChatterBait.

James Dudley of Lynchburg, Va., rounded out the top five co-anglers with a weight of 7 pounds, 6 ounces. He finished fifth and won $7,000.

Rounding out the top 10 co-angler finishers at the Potomac River: