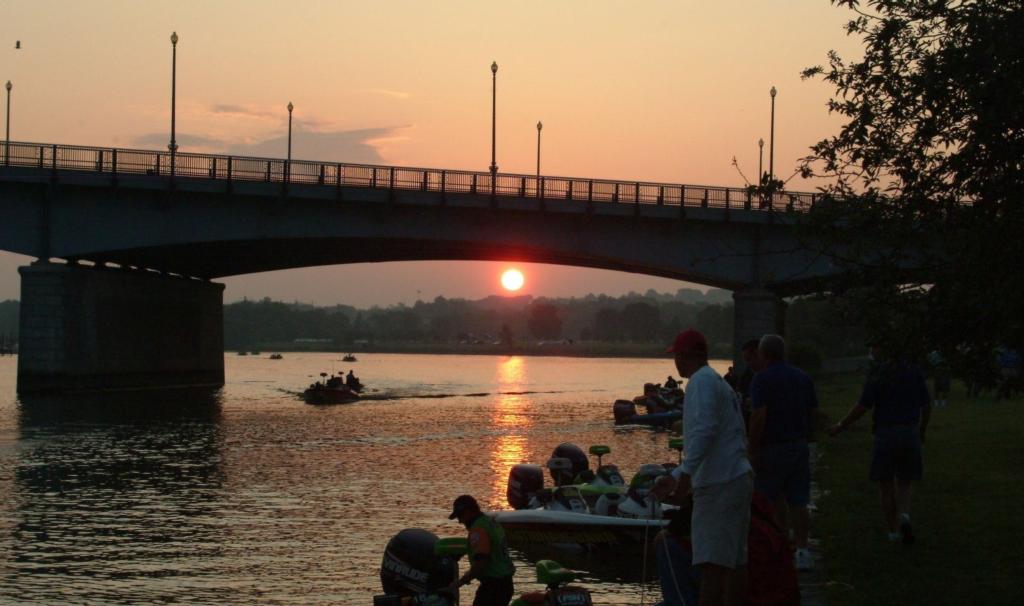 WASHINGTON – A quick look at the Anacostia River Sunday morning revealed that something wasn’t quite right. Thanks to a changing tide, the water had fallen nearly 2 feet from yesterday’s takeoff level. For second-place pro David Dudley, this wasn’t what he expected to see.

After weigh-in yesterday, Dudley thought he had figured the tides out. He even went on record saying, “I think I’ve put the puzzle together.”

“I might have to do something a little different,” said the $2 million man Sunday morning. “The first three hours of fishing should be good this morning.”

Typically, the last two hours of outgoing tide and the first two hours of incoming tide are the times for bass fishing. If that’s true, then the $125,000 first-place purse might be decided before noon. Overall, the morning’s low tide should improve the bite. Lower water tends to concentrate fish, making them more susceptible. 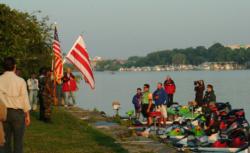 Dudley was his typical self Sunday morning. When asked if a victory near his Virginia residence would be special to him, he replied:

The man presently standing in his way is Snickers pro Chris Baumgarnder. Although the Gastonia, N.C., native considers Lake Wylie his home lake, he’s becoming more and more comfortable on the Potomac. He finished second last year at the Stren Series event and has competed in roughly seven tournaments over his career near the nation’s capital.

“When you get a chance like this to win one, you want to do it,” said Baumgardner. “That’s everybody’s No. 1 goal, winning an FLW Tour event. It would mean a lot to me.”

Today represents the fourth and final day of competition at the FLW Tour event on the Potomac River. First place in the Pro Division will go to the angler who brings in the heaviest two-day combined stringer over Saturday and Sunday. The winning pro is guaranteed a top prize of $100,000, with a chance to win $125,000 if he is a registered owner of a Ranger boat.

The action continues at today’s weigh-in, which is scheduled to take place at 4 p.m. Eastern time at the DC Armory located at 2001 E. Capitol St. in Washington, D.C., next to RFK Stadium. The free Family Fun Zone will open its doors at noon. For those who can’t catch the weigh-in action in person, FLWOutdoors.com offers FLW Live, an online application that brings fans real-time weigh-in results, streaming video and audio.