Sight-fishing to be more difficult on day two 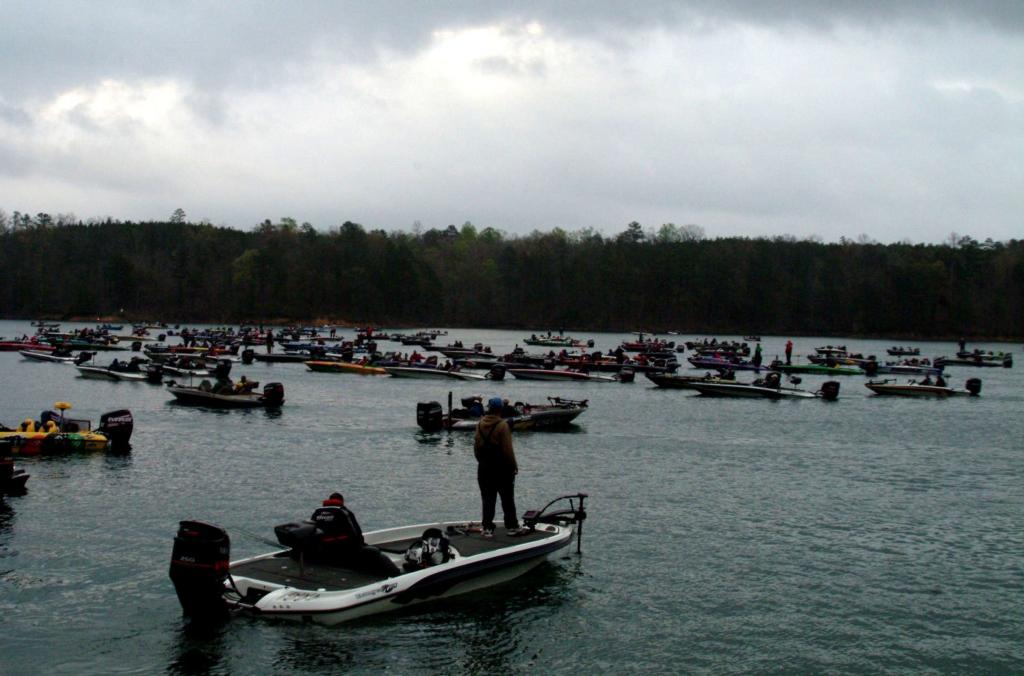 JASPER, Ala. – Day one of the Wal-Mart FLW Tour event on Smith Lake was largely dominated by spawning largemouths. Day two commenced under cloudy skies, and strong storms are on the horizon. That doesn’t bode well for the sight-fishermen, who were already under the gun after plucking off their best fish yesterday.

At 7 a.m. the temperature at the Smith Lake Dam was already 72 degrees. Even worse, the humidity was at a suffocating 84 percent, a telltale sign that severe weather is just around the corner.

Pro Aaron Hastings didn’t sight-fish on day one, and after seeing the conditions firsthand Friday morning, he’s happy he has dialed in to something else.

“The guys that sight-fished yesterday are in trouble today,” said Hastings, who caught 12-2 and is tied for 19th place. “I like to sight-fish, but there’s just not enough coming up. Those that are up aren’t all that

aggressive. It’s not like they’re hitting the first pitch.”

“I just think there are more spots in the lake. I think I can catch today what I caught yesterday, and that should put me in the top 10.”

Most of the pros agreed that the overall weights will drop significantly on day two. Thanh Le is currently on the verge of a $10,000 check with 9 pounds, 14 ounces. He did not sight-fish on day one, and he’s thankful he’s got another pattern working. “

These fish are real crazy now,” said the Las Vegas pro. “Before the off-limits period, the spinnerbait bite was real good. Today’s weather is going to hurt the sight-fishermen, especially if they didn’t practice anything else. The fish just might get back to that spinnerbait today.”

Le said he plans to start his day by fishing bluff walls for spotted bass. Then he’ll move upriver and target largemouths.

The two-day, opening-round cut will be made following Friday’s action. The full field competes in the opening round for one of 10 slots in Saturday’s competition based on their two-day accumulated weight. Look for the pro cut weight to hover around 21 to 24 pounds, and the co-angler cut weight to settle in around 11 to 14 pounds.