Ouachita locals lay out the lake

Wurm, Suggs say fishing is better than in 2007 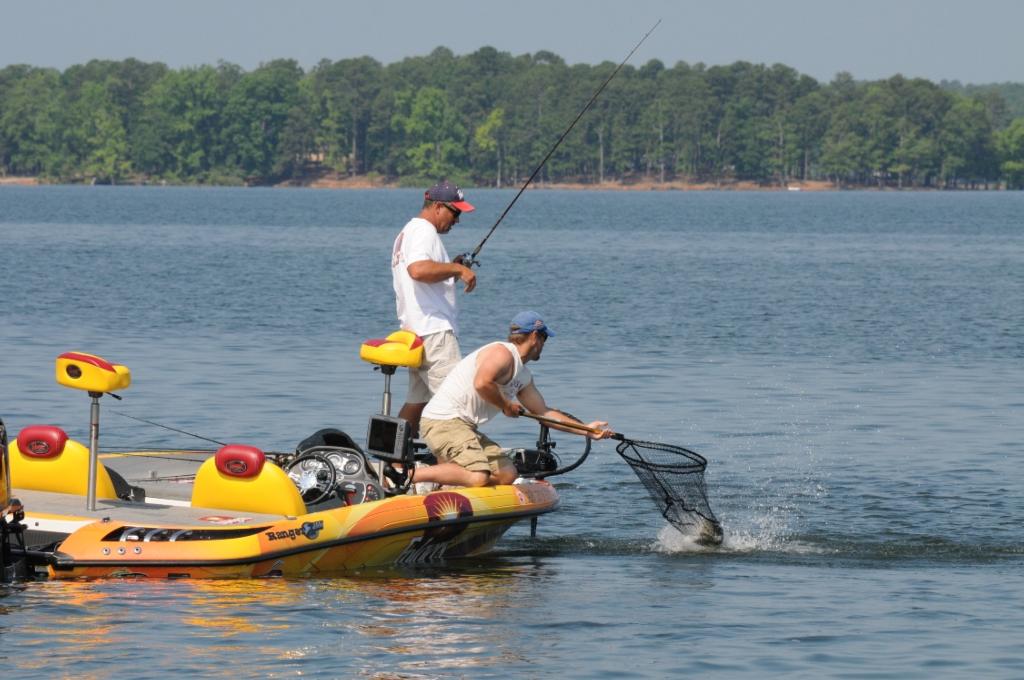 Many bass fishing fans remember the 2007 Forrest Wood Cup on Lake Ouachita as a stingy, yet historic tournament. In suffocating summertime heat, Scott Suggs took home the top prize despite catching only two keepers the final day. While the weather will once again be oppressive, most signs point to heavier weights this year. Here to explain why are Suggs and fellow Arkansan Mike Wurm, both of whom call Ouachita home.

At 48,000 acres, Ouachita provides plenty of room for the 58 pros to spread out. In the summer, the most popular cover includes standing timber, grass and brush. But despite the sultry weather, shallow water is expected to play a role thanks to a bream spawn. By this weekend, a full moon will be present and will peak Saturday. This triggers bream spawning activity and the opportunistic bass will not be far behind – even if the water temperature is hovering near 90 degrees. 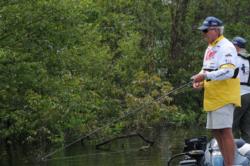 “I think the bream spawn will play a role, but you’ll have to find some offshore stuff to win,” said Wurm. “Lake Ouachita is known for big bluegills and you might catch a limit one day, but you can’t just fish shallow the entire tournament. These late summer waves don’t have enough fish to support it. But the Spooks and prop baits will get plenty of use, especially early in the morning.”

Suggs believes the bream bite has more potential and could get even better as the tournament unfolds.

“The best bream bed bite is three days before the full moon, the day of and the three days after,” said the 2007 Forrest Wood Cup champion. “So we’re hitting this thing dead center. And it’s not just a morning deal – you can do it all day. Those bass don’t leave the bream beds. I really believe it can stand up for four days and potentially win.”

Wurm also doesn’t believe the grass is thick enough to support camping in the middle and on the outside edges. Suggs describes the grass as borderline flipable.

“The water has been dropping; in early June it was 16 feet higher than its current level,” Wurm said. “Due to the fluctuating levels, the grass beds aren’t as strong. When it’s changing depths that fast, the grass just doesn’t grow.” 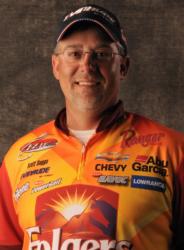 Suggs agreed the yo-yoing water levels have held the grass back, but he reported it’s coming on strong as of late.

“First of all, only one third of the lake has any grass at all. The deepest I’ve found is about 16 to 18 feet, but the major outside wall is in 12 feet. We are way behind; the grass hasn’t matted over. But it’s growing by the minute. I really believe the heaviest stringers and the best opportunity to win lies somewhere in that grass.”

“This time of year they really like to suspend on top of the timber in 20 to 30 feet. Timber and well-placed brush piles on a long, flat point will produce. If I was fishing this tournament, I’d find five or six spots like this and rotate around.”

Suggs feels the timber bite is somewhat off and was stronger back in 2007. 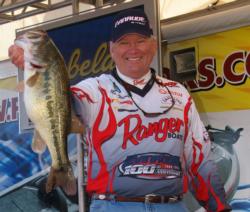 The two wildcards in the year-end championship are big spotted bass and schooling largemouths. In 2007, Anthony Gagliardi rode a schooling pattern to a top-10 finish. And Suggs described this year’s schooling bite as much stronger.

“The potential to sack them up is there. I’ve seen some places where 60 fish come up and they are eating. Whatever comes up gets choked.”

Wurm believes the winning weight will be somewhere between 45 and 55 pounds. But he thinks it’s possible that a 20-pound stringer will touch the scale. Suggs has it narrowed down between 48 and 50 pounds.

“But if a person really gets on the right deal it could take 60 pounds to win,” Suggs noted.

Both pros agree this will not be a sit and camp tournament.

“I think the best patterns are going to be milk runs – similar to what Kevin Hawk did last year except with fewer areas,” said Wurm. “Moving around and covering water is a good thing, especially in this heat.”