Why the Wheels Fell Off: Lake Murray 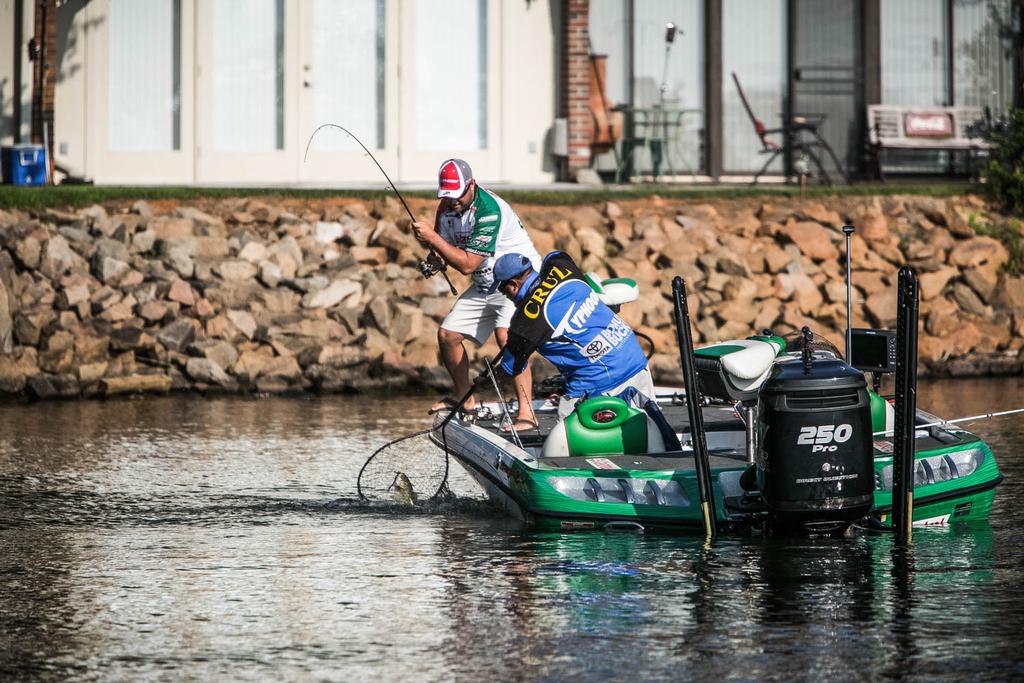 Hot spots run out, get moved in on by others and change with conditions, but the 2014 Forrest Wood Cup wasn’t about spots. Lake Murray’s deep fish followed roving herring, and shallow fish were widespread. Therefore, most pros changed areas daily, moved frequently through the day or stayed on the move all the time. Some ran specific patterns, while others junk-fished.

Unpredictable action, including inexplicable hero-to-zero days, began during practice, and everyone knew the uncertainty would continue through the tournament. Of course, knowing that today’s action promises nothing about tomorrow doesn’t make it any easier when the bite actually tapers and keeps you out of a cut or prevents you from finishing the job, especially when you’re fishing for half a million dollars and the title of world champion.

We asked several pros that experienced a costly drop-off to share their perspective on what went wrong. 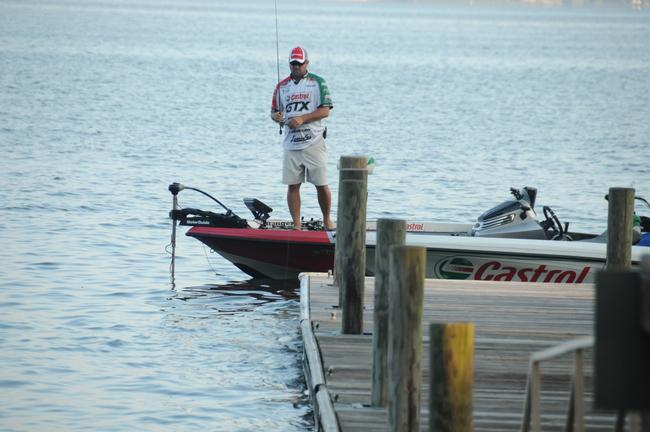 I’m still scratching my head. I was talking with my dad about it, and he asked me if I would change anything. I don’t think so. Of course, when you have a day like that first one, the second day you aren’t going to change anything. I did exactly the same thing, and I actually got just as many bites. I just didn’t get the quality bites. And then on the third day, they just didn’t bite. I tried the same thing and other things. I really don’t know. 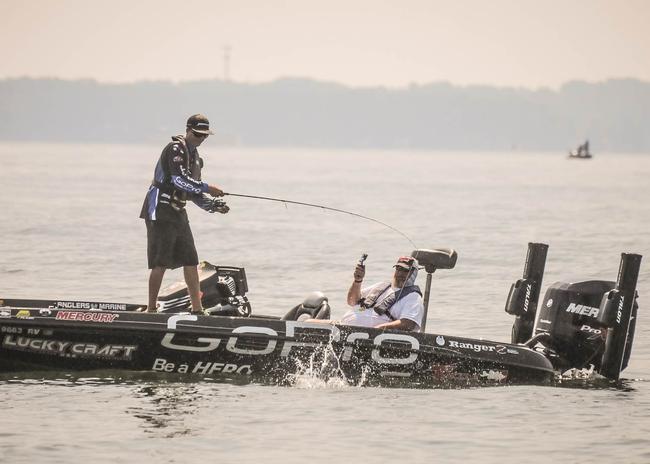 Every morning on the first three days I was able to catch at least three fish early. They were schooling fish that I was catching with a Yamamoto D Shad. On day four I was only able to catch one. For some reason they weren’t hitting the same way that morning. It was only about a 45-minute window. I landed right on top of the school, but they would not bite. The trick was landing the bait on the schoolers when they came up, and I did that. They just wouldn’t bite that day.

I had enough brush piles to run and fish the rest of the day to catch “limit fish.” I had about an hour and a half left after I got my limit, and I decided to gamble and run up the river to try to get a big fish because I thought I needed more than I did. Had I stayed with drop-shotting those brush piles, I really think I could have culled one more by a little at least. But hindsight is 20/20, right? 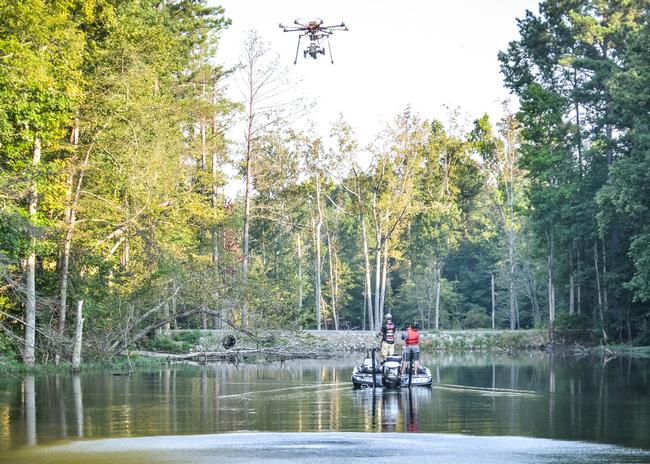 The last day for me was kind of like the second day. I was catching my better fish on a Zoom Horny Toad, and on the second day they were hitting at it but never really getting it, so I didn’t get the bigger fish. On the last day, the first two bites showed me they weren’t acting right again. The first one barely nipped at it, and the second one took the legs off. I knew then that they weren’t hitting that bait right, so I switched to a Damiki D-Pop 70, and I managed a few keepers on it. It was just one of those unexplainable things. 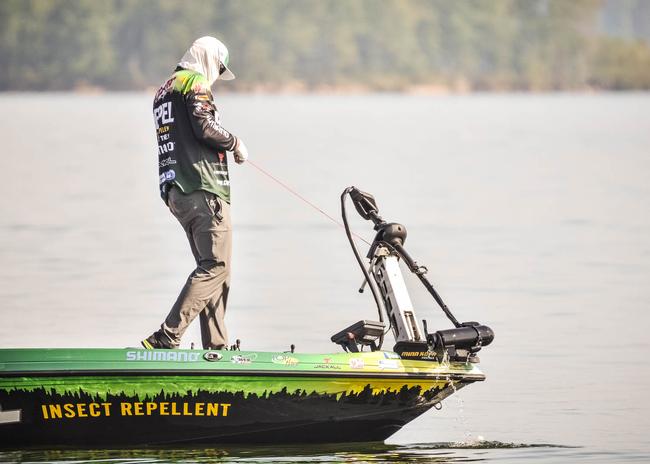 My first day actually was a struggle. I only had five keeper bites and five undersized fish. Then one brush pile produced a 3-pounder and a 5-pounder, and that was the key to my big bag. I felt good going into the second day. I didn’t have a ton of stuff, but I felt like I could catch another limit. I did the same thing as the first day, fishing a little of the same water and some new water that was like it. I caught a dozen fish, but none of them was a keeper. I really don’t know why. I didn’t miss or lose any fish or change anything. If I had to do it again, I’d try the exact same thing. 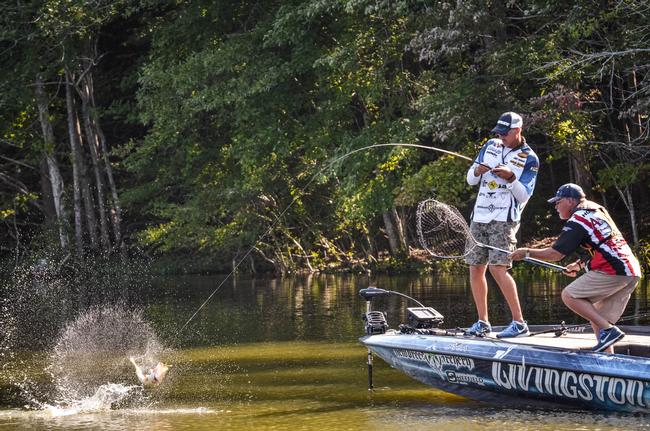 I started each morning with a buzzbait or other topwater, and I was able to get one decent fish in that first hour or so each morning. After that I’d lay down the topwater, although I’d still pick it up occasionally. I stayed shallow, fishing every laydown, dock, log or whatever else I came to. I was covering a lot of water, but in certain areas. I was able to make that first cut and save a couple of areas for day three, but I’d kind of fished out those primary areas.

There was one little backwater hole that could have been really good, but it didn’t pan out at all, and the others just didn’t produce what I’d hoped. I think my backup areas might have been someone else’s primary areas. That could have been guys who didn’t make the cut but fished the same areas on the first two days, or it could have been someone fishing ahead of me on day three. Sometimes that happens. You just get a bad rotation. You get behind a Bryan Thrift, Scott Canterbury or Matt Herren, and those fish are just gone.