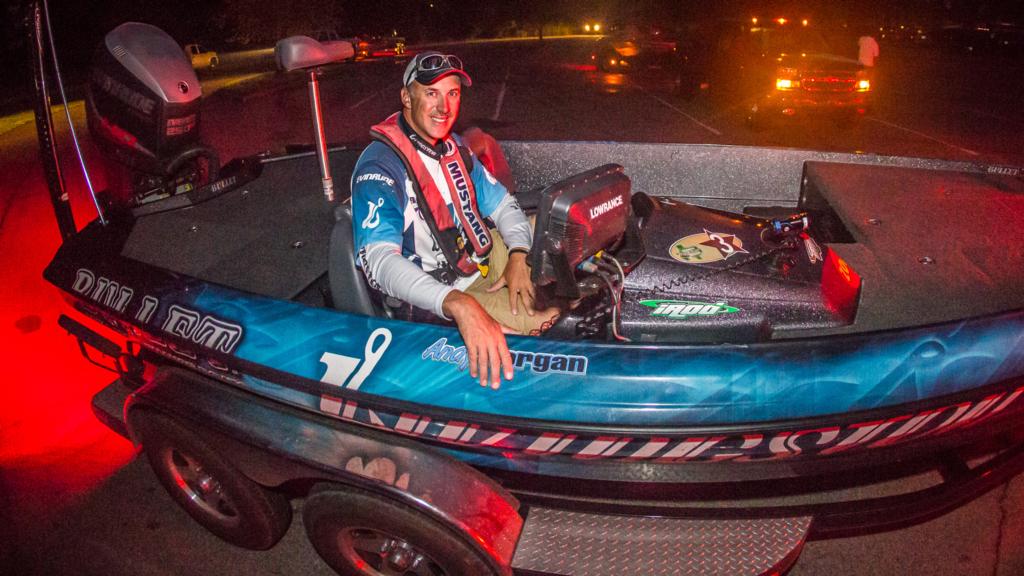 Andy Morgan says that despite spotted bass' reputation for being smaller than largemouth bass, the Lewis Smith tournament will probably be won by a pro who focuses only on spots. Photo by D.W. Reed II.
March 23, 2015 • TJ Maglio • Tackle Warehouse Pro Circuit

Catching 60 pounds over four days is a pretty stout performance on most bodies of water, but the fact that Ehrler was targeting spotted bass more or less exclusively makes it truly special.

In general, spotted bass are a whole lot of fun to catch, but usually don’t grow shoulders thick enough to produce tournament stringers that can rival their cousins, largemouth bass.

It’s for that reason that Andy Morgan, on his way to the 2013 Angler of the Year title, spent most of his time targeting largemouths during the Tour’s last visit to the northern Alabama impoundment.

Yet, that decision is also something that Morgan regrets despite notching a third-place finish.

“I kind of missed the boat on the spots the last time we were here,” Morgan says. “I weighed some spots that I caught just fishing, but I thought the largemouths would play a lot bigger role than they ended up playing. I’m not going to make that mistake this time; I can assure you of that.”

To Morgan, it’s not so much that the largemouth fishing has gotten any worse, but rather that the spots are just getting a lot bigger.

“I know a bunch of boys from down there, and they’ve been catching some toad spots these last couple years,” he says. “I’m shocked at the number of 3-plus-pound spots you’re seeing come out of Smith right now. If anything, the largemouths will play an even smaller role this year than they did last time we were here. You can bet I will be spending some serious time fishing for spots in practice.” 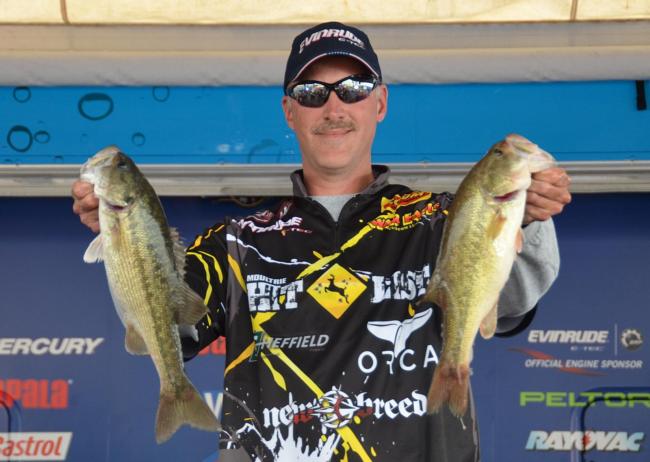 Former FLW Tour angler Brent Crow has a theory as to why the Smith Lake spots have ballooned in recent years. It’s something he’s witnessed firsthand as the owner of North Alabama Guide Service, the only licensed operation that guides on Smith.

“About five years ago, blueback herring somehow got released into Smith Lake,” Crow says. “That’s 100 percent the reason why the spotted bass are so healthy now. It used to be that Smith Lake spots were long and skinny. Now, after gorging on bluebacks, almost every spot we catch is super fat and healthy.”

The increase in spotted bass size, and subsequently tournament limit size, has changed the tournament strategy of local anglers.

“Historically, if you had 12 pounds on Smith you were doing pretty good,” Crow says. “We’d usually start with an 8- to 10-pound limit of spots and then go hunting the rest of the day for a kicker largemouth or two. Now, you’re seeing consistent 18- to 20-pound bags of spots winning tournaments, and it’s easier to catch a 3-pound spot than a 3-pound largemouth. I don’t really know anybody that spends much time fishing largemouth anymore, and I don’t expect them to make a big impact when the Tour arrives.”

The Bite is On

When the FLW Tour anglers kick off the event on Smith Lake this Thursday, they will find spotted bass that are not only larger than ever, but also extremely willing to bite as a result of recent weather patterns.

“We had a really cold, late spring this year,” Crow says. “Because of that, everything was a little delayed, and the bite was really off for a few weeks. In the last week though, the water temperature has shot up, and a guy can catch them pretty much any way he wants. They are hitting Smith at the absolute perfect time of the year.”

The perfect time of the year means that Smith Lake’s bass will be in all three phases of the spawn, and anglers should be able to fish their strengths, no matter what they are. That said, fans looking for a sight-fishing slugfest will probably be disappointed.

“There will definitely be some fish spawning,” Crow says. “Unfortunately, the big spots tend to spawn in 8 to 12 feet of water, so you’ll seldom actually get a look at one. Guys will definitely be catching spawning spots, but usually they won’t even know that the fish are on the beds when they’re catching them.”

Combine a booming population of fat spotted bass with the world’s best bass anglers and you’ve got the makings of an old fashion whack-fest, and that’s what leads both Morgan and Crow to predict an increase over Ehrler’s 60-9 from 2013. Morgan thinks it’ll take 64 pounds for four days. Crow’s even more optimistic: 72 pounds.