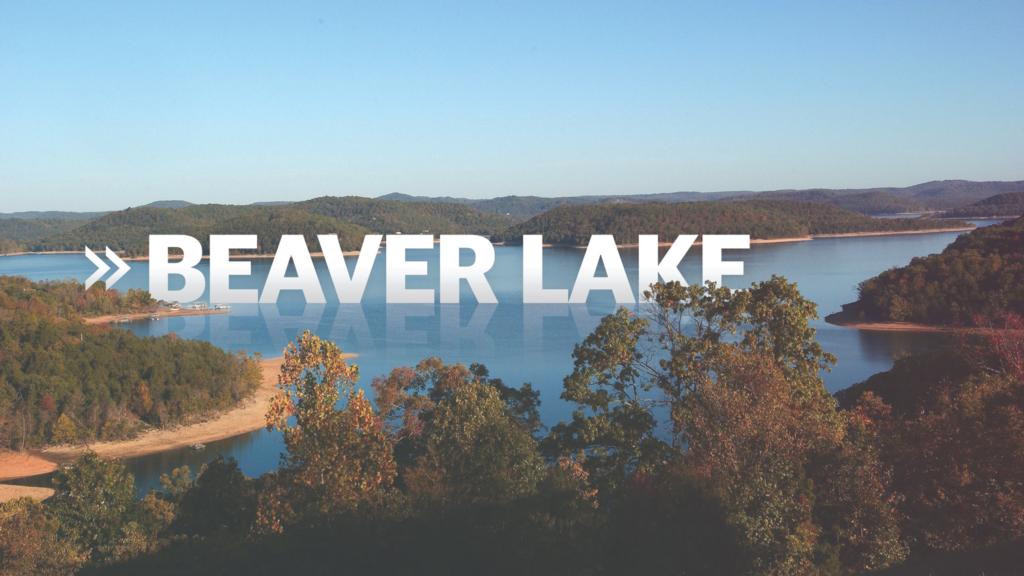 At its lower end, this 28,000-acre White River impoundment is deep, steep and clear – typical of a highland reservoir in the Ozarks. Big smallmouths set up on rocky banks and gravel points. Hundreds of little cuts and coves, plus standing timber, give anglers ample areas to target.

Upstream from takeoff at Prairie Creek, the White shows a noticeable stain that only increases the farther ones goes. It’s the same for War Eagle Creek, a major tributary that flows into the upper White. Shallow largemouths live here around flooded bushes and docks.

In between the two extremes, the middle part of the lake has an ample supply of spotted bass to fill limits. It’s also home to smallmouths and largemouths as well, plus timber, brush and hard structure to accommodate them. The place is a fish factory, even if it’s not known for producing many jumbo five-bass limits. 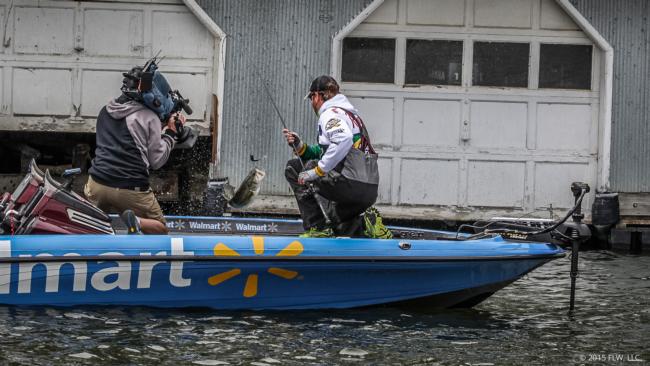 Most pros know Beaver Lake well – perhaps too well. The Walmart FLW Tour has visited Beaver in almost every one of its 20 seasons, and the biggest trap that a pro can fall into on this lake is trying to fish the successful patterns of past tournaments. The lake is constantly changing – from water level to water clarity to the distribution of tournament-winning fish. Plus, the timing of winter’s exit and the spawn’s commencement is unpredictable in that region. Such uncertainty forces an angler to have to decipher Beaver from scratch each year.

That’s why Quaker State pro Matt Arey has won back-to-back tournaments on Beaver. The North Carolinian is an expert at patterning lakes in a short amount of time, and Beaver is also a great pattern lake – find the right mix of cover and clarity for that day and it’s possible to repeat it all over the lake.

Arey’s total winning weights were about 59 and 55 pounds, respectively, built on stringers in the mid-teens each day. That’s pretty standard for the lake. He won in 2014 by pitching a jig to rocky shelves with stained water where largemouths were spawning and staging to spawn. In 2015, he used a swimbait to find or catch spawning largemouths, but caught most of his fish by following up with a finesse worm where bass missed the swimbait. Brush and docks were his targets.

Andy Morgan finished second in 2013 and third in 2014. He finesse- or junk-fished each day with a shaky head, crankbait, spinnerbait, Texas rig, jig and more. His run-and-gun junk-it-up style is another tactic that almost always works.

Expect the unexpected … to a degree. It all hinges on the water temperature and each bass species’ spawn. If winter lingers, smallmouths might still be in and around spawning areas and could be easier to catch. Smallmouth fishing on the lake has improved, as has anglers’ ability to find them, and it’s only a matter of time before someone wins a Beaver tournament with four limits of all brown bass.

Catching largemouths upstream is probably still the pattern to beat. Pros on this pattern won’t get many bites, but they’ll catch fish of the right size to win. It’s also a bit of a gamble. A cold front or warming trend can cause the fish to reposition on an hourly basis. Arey is an exception to the rule. In his winning performances he managed to catch largemouths for four days in a row, but many pros have been burned when the largemouth bite changed and they failed to adjust.

Spotted bass can almost be caught at will, especially around the community hole that more or less encompasses all of Prairie Creek. A few spotted bass each day, to go with a couple of kickers, could land a pro in the top 20 and would almost certainly earn him a check.

It all comes down to the decision regarding which species and area to target, then adjusting as Beaver Lake throws its punches.

1. Weather – While the weather is always a factor, April in the Ozarks seems to be a time of extremes – T-shirts one day, balaclavas the next. Daily weather changes must be countered with daily tactical adjustments. And long-term weather trends will dictate the spawn and fish activity when the Tour arrives.

2. Smallmouths – If someone figures out the smallmouth bite, it’ll probably be an Ozark local, and smallies could win this derby. Brown bass can produce a 20-pound limit on Beaver, but they’re so unpredictable that they might vanish from one day to the next.

3. Water level – This one’s a bit of a wild card, but still a factor. If the water is up, the shallow brush bite upstream could be really good. If it’s way up into the trees, the flipping bite gets good in more areas. Ray Scheide won on Beaver during extreme high water in May 2009. He flipped sawdust mats – floating mats of leaf detritus and limbs – and had to go practically 4X4 over downed trees to get to the fish.

Fantasy Fishing Pick – Pick pros with a solid track record at Beaver Lake. Those are the guys who know how to figure out a lake quickly and are willing to adjust each day. They’re also the guys who are mentally tough enough to handle Beaver Lake’s challenges. These will be popular picks, but nevertheless they’ll be smart picks: Matt Arey, Andy Morgan and Cody Meyer.