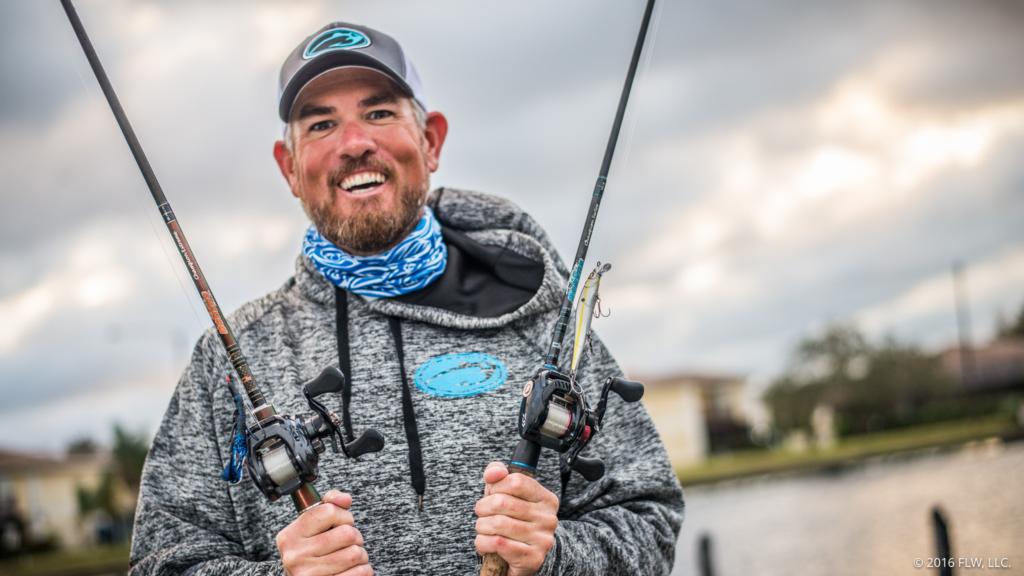 The Walmart FLW Tour presented by Ranger Boats on Lake Okeechobee went from a tight race to a runaway in a hurry when Bradley Hallman just wouldn’t stop catching the big ones. As for the lures he used, and those put to work by the rest of the top 10, some Okeechobee staples were applied as well as a few oddball baits. If you’re thinking of heading down to the Big O or anywhere else in Florida soon, you might want to acquire a few of the lures they fished. 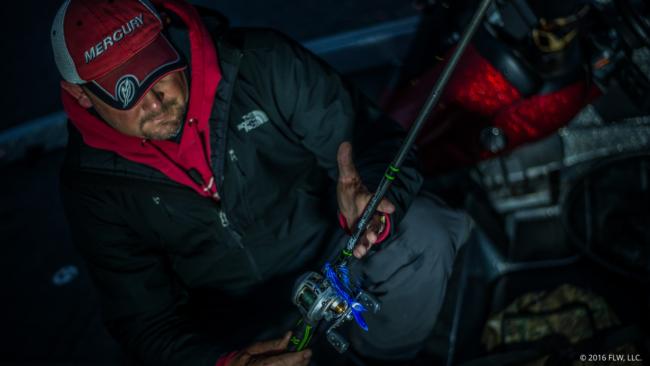 1. Bradley Hallman relied on a neon blue-colored Reaction Innovations Sweet Beaver with a matching punch skirt and a 1 ½-ounce weight for the bulk of his winning catch. Per Hallman, one of the keys was a special 8-foot punching rod from Mosley RodWorks. On the final day, he switched to a Gambler BB Cricket for a slower approach that countered the effects of cooler weather on the fish. 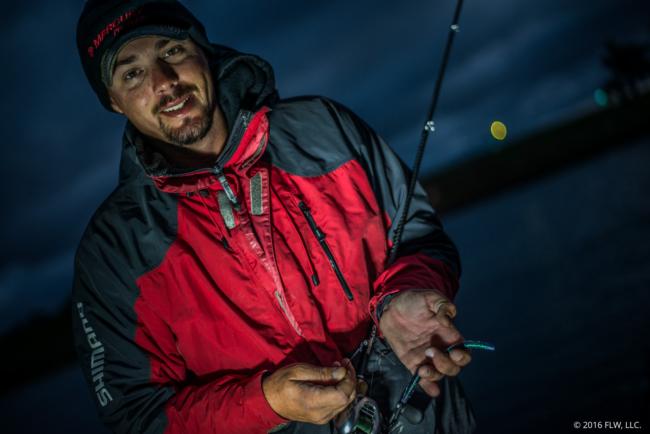 2. Alex Davis flipped, pitched and cast a 6-inch junebug stickworm rigged with a variety of weights and teamed with 80-pound-test PowerPro MaxCuatro spooled on Shimano Metanium with 8.5:1 gear ratio. Depending on the density of the cover, Davis varied between a 7-6 Shimano Expride flipping stick and an even heaver stick, the 7-6 G. Loomis E6X 904C. 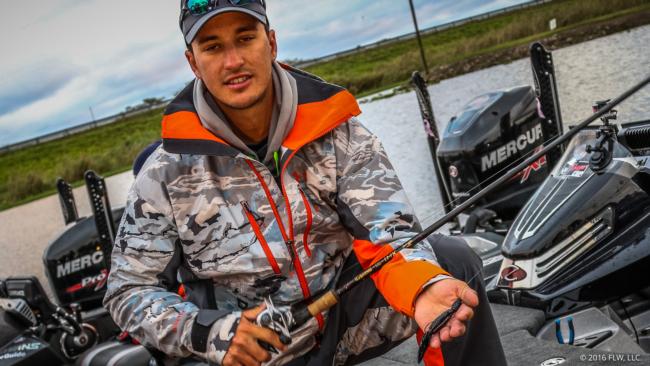 3. Representing #TeamCanada, Chris Johnston caught a few bass on a spinnerbait, but his most productive bait was a black-and-blue Sweet Beaver on a 7-11, heavy-power G. Loomis IMX flipping stick (that he borrowed from Brandon McMillan) and a Shimano Metanium with 8.5:1 gear ratio and 65-pound-test PowerPro. As wind direction and intensity varied, Johnston also varied between using a ¾- and 1 1/2-ounce weight. 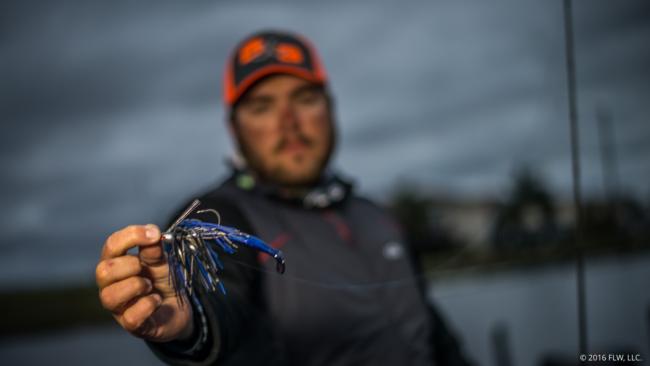 4. Michael Neal notched another high finish on Okeechobee with a black-and-blue TrueSouth Custom Lures TS-4 Swim Jig in 3/8- and ½-ounce models with a 4 ½-inch hematoma-colored Big Bite Baits Cane Thumper for a trailer. He threw it on a 7-1 Cashion Fishing Rods model that he helped design for ChatterBaits, with an Ardent Apex Elite reel in 6.5:1 gear ratio and 60-pound-test Sunline FX2 braid. 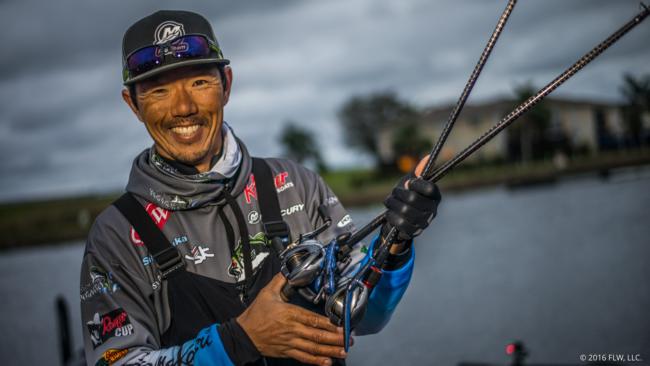 5. Shinichi Fukae didn’t commit to the flipping bite as much as he needed to, but when he did, his weapon of choice was a black-and-blue 4 ½-inch Yamamoto Flappin Hog with a matching punch skirt and a Fish Arrow tungsten weight that ranged from 1 ½ to 2 ounces. His primary combo was a prototype Shimano Zodias flipping and punching rod with the same Shimano Metanium that many others used, and 60-pound-test YGK braided line. 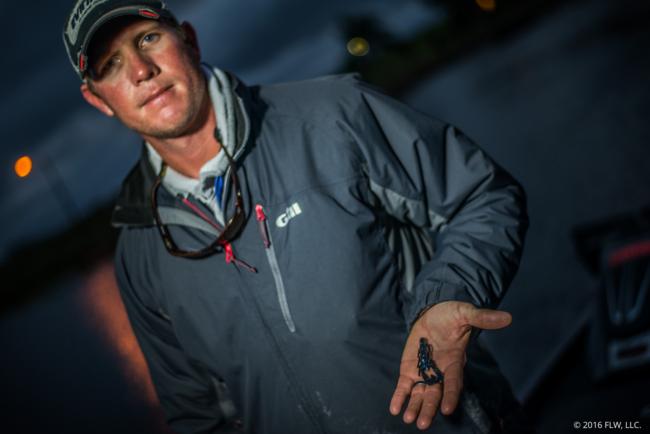 6. The only surprise about Brandon McMillan’s program on Okeechobee might have been that he didn’t finish higher. His flipping setup consisted of a 7-11 G. Loomis IMX flipping stick, the ever-present Shimano Metanium, 60-pound-test Gamma Torque braid, a blueberry-colored Zoom UV Speed Craw and ¾- to 2-ounce Elite Tungsten weights. 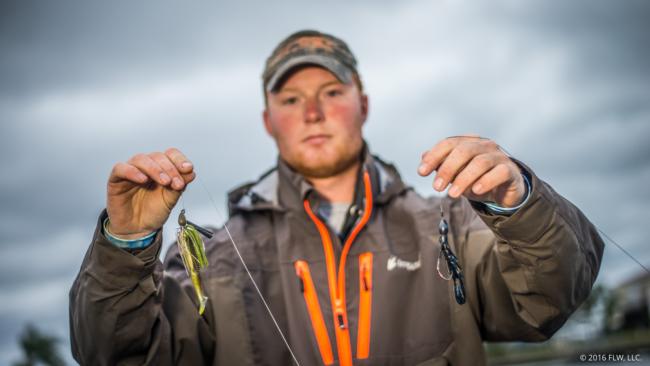 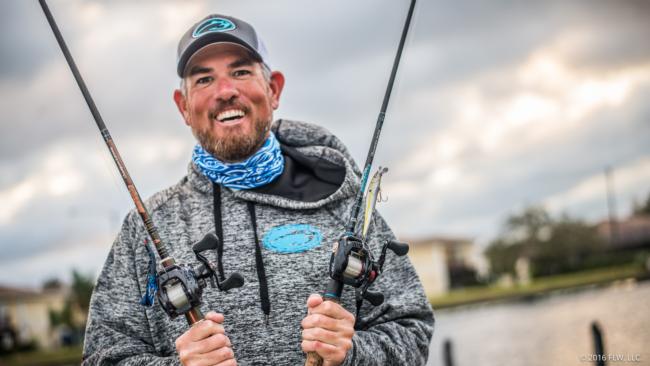 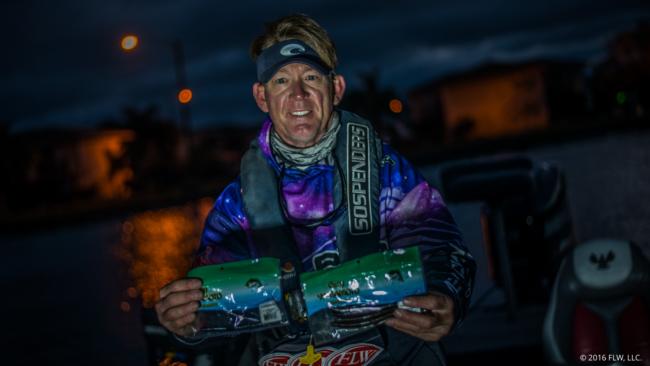 9. Coming all the way from California, Charlie Weyer relied on the classic 6-inch Yamamoto Senko in black and blue and watermelon red. He threw the Senkos with a 7-6 Major Craft MSX 76BB rod and 20-pound-test Seaguar Tatsu, and varied his weights from 3/16- to 3/8-ounce. 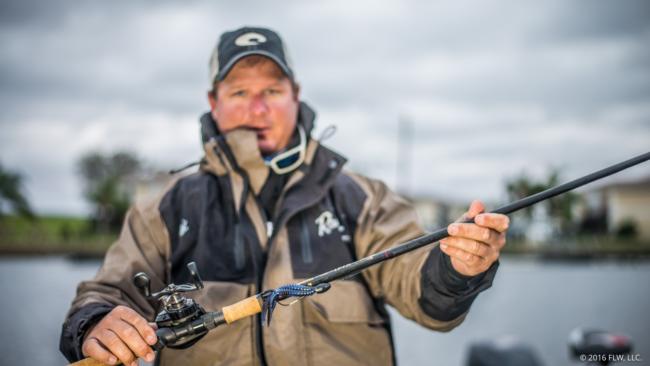 10. Billy Shelton put weight in the boat with a Zoom Magnum Fluke and a UV Magnum Speed Worm, but his primary bait was a black-and-blue Sweet Beaver with a 1 ½-ounce weight.