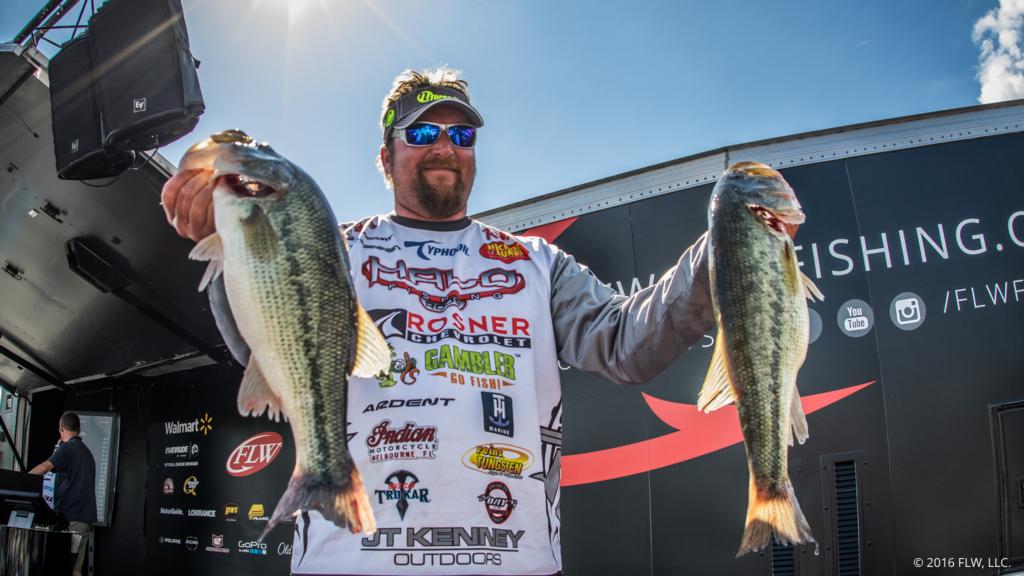 JT Kenney’s first bass of the morning to start the Walmart FLW Tour event presented by Jack Link’s on Beaver Lake was a 6-pound, 10-ounce largemouth.

After landing it, he kneeled down in the boat and punched the water with his fist in an act of “punching Beaver Lake back.”

For most of his FLW Tour career, Beaver Lake has been JT Kenney’s nemesis. One year he zeroed in this event, failing to catch a single keeper in two days of competition.

“Yeah, that’s what the punch in the water was for,” Kenney laughs. “When I got that big one in the boat it was like years of misery delivered back with one punch. I’m sure it didn’t hurt the lake too bad, but it made me feel better.”

Kenney’s big bass claimed the big bass honors for the day and helped put him the lead on day one with 18 pounds, 5 ounces.

He boated about 10 keepers on the day and weighed in all largemouths for his creel. He also was up front about borrowing a page out of the notebook of two previous Beaver Lake champions.

“Because this place is so difficult for me, I always pick Andy Morgan and Bryan Thrift’s brains about fishing here,” Kenney says. “And one thing those two guys are masters at here is never fishing the same place twice. If they catch a fish somewhere, that’s it. They don’t return.”

“I applied some of that today,” Kenney continues. “I never fished a place where I caught a fish in practice – I purposely avoided them. Now I fished some of the same kind of stuff that fit the pattern, but never a place I caught one in practice. And when I caught one today, I picked up and moved.” 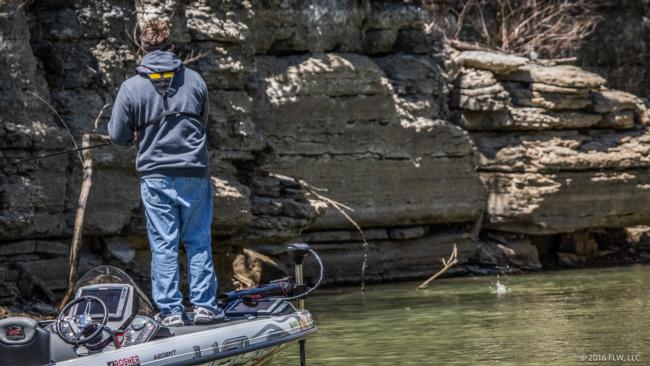 Kenney revealed that he caught his fish cranking a 6th Sense crankbait, but was not specific about the model just yet. He added that the stained water throughout so much of the lake is giving him a wide berth to run his pattern.

“I probably utilized 12 to 14 miles of the lake today,” Kenney says. “Since that water is stained all the way down the lake, it added a lot of potential water to work with.”

Kenney also said he is not committed to just the cranking pattern.

“Tomorrow I might scratch this plan and go to the clear water to fish for smallmouth,” he says. “From what I’ve learned from my buddies, that’s the key to doing well here. You got to be willing to throw it all out the window and start over tomorrow. And Beaver Lake might punch me back and I might catch not catch a thing. But I think that’s the kind of gamble I’ve got to make.” 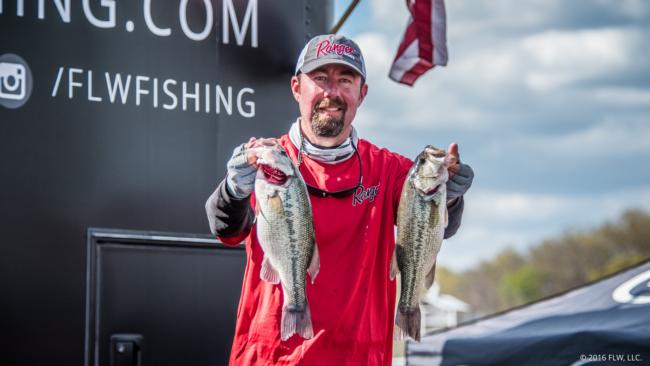 Jason Sandidge from nearby Centerton, Ark., leads the co-angler field with 13 pounds, 14 ounces.

Fishing with Hello Kitty pro Shirley Crain up the river, he caught a quick limit early on with a shaky head. The two moved to a mid-lake area near Prairie Creek later in the day. Sandidge culled four of his keepers there by targeting prespawn fish with a 7/16-ounce custom-made jig.

For day two, Sandidge is paired with the third place pro Kurt Mitchell.

“His co-angler only had two today,” says Sandidge. “If I can catch five I may have a shot. But, it’s Beaver Lake, I’ll take what I can get.”