Largemouths and smallmouths on equal footing 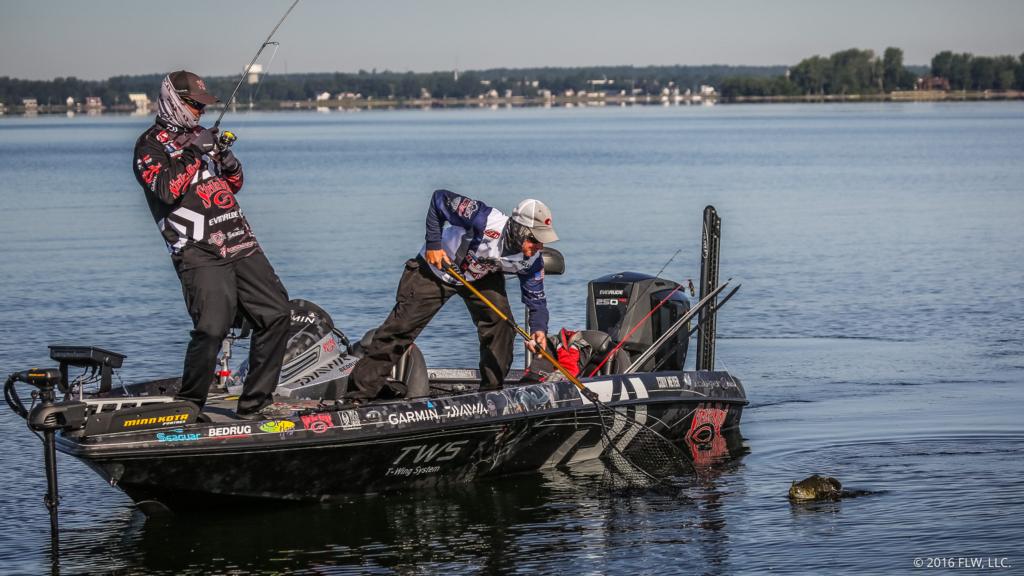 Day two of the Walmart FLW Tour event presented by General Tire on Lake Champlain was calm and slick compared to day one’s breezy conditions. As a result, leader Scott Martin had to fall back on some smallmouths to subsidize his largemouth plan.

The calm conditions gave the smallmouth specialists premium opportunity to hunt bedding fish as much as 15 deep with their eyes. Yet, largemouths continue to be a big factor in four of the top five pros’ limits. Here is a closer look at how second through fifth fared. 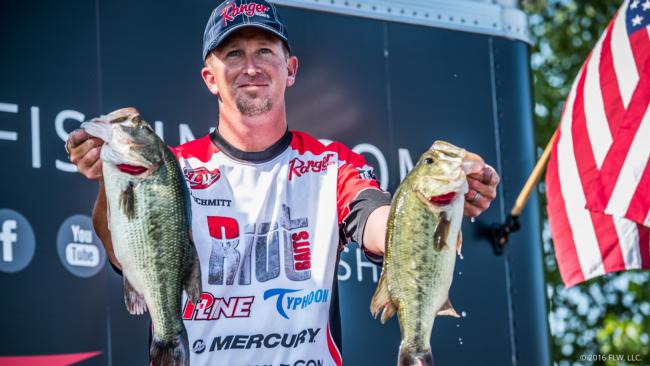 Schmitt says he practiced in Ticonderoga for two days and saw all he needed to see to commit to it for the tournament. The way the grass is set up in Ti right now reminds him of the lush milfoil beds of his home fishery the Potomac River.

“I came from the Costa [FLW Series] on the Potomac, and I didn’t even have to tie on any new baits,” Schmitt says. “There is current down there, and it has the grass bent over. It looks just like the good fishing areas on the Potomac.”

Schmitt is also pleased with how few people have ventured to Ti during the event. The lack of company left a lot of better fishing areas open.

“I can fish just about anywhere I want down there,” he says. “But I’ve narrowed it down to two or three good areas where I’ve seen a lot of beds and a lot of fry. Yesterday I did a lot of casting and winding, but when it got calm today the fish got tight to the grass, so I switched to pitching and frogging.” 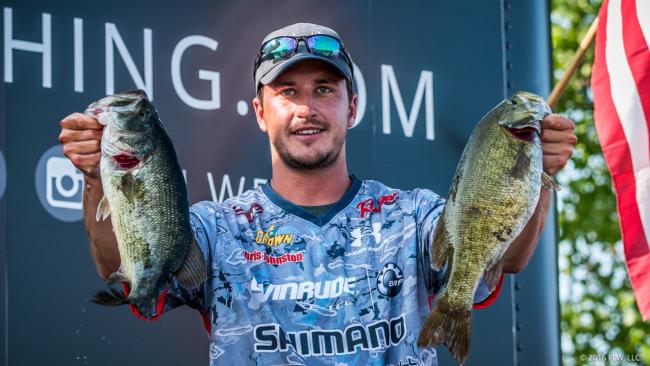 Chris Johnston’s day-two mixed bag consisted of three smallmouths and two largemouths for 17 pounds, 7 ounces and a total of 38 pounds, 9 ounces that landed him in the top five and locked up the 2016 Walmart FLW Tour Rookie of the Year award.

“Yesterday I caught a couple of big largemouths to help my bag, but today I didn’t get any big bites off that isolated stuff,” Johnston says. “I started the day sight-fishing but eventually culled all those out. I have found one place that has some really big smallmouths mixed in with carp – it’s really weird. The carp are so spooky that when they spook, it spooks the smallmouths too. But if I can get a cast to them without the carp spooking, I can catch some big smallmouths. Today I was able to catch three big smallies like that.” 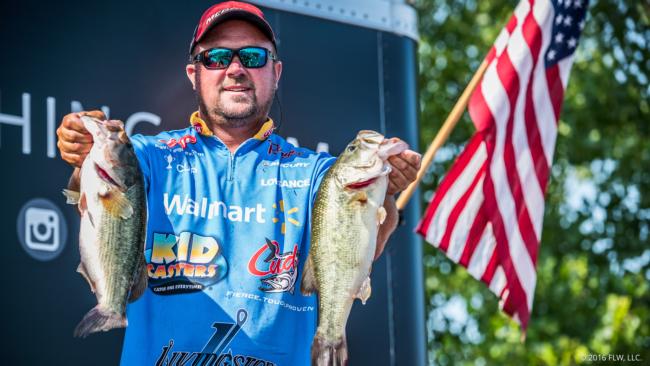 After holding second place on day one, David Dudley slipped to fourth place Friday with an 18-pound, 9-ounce catch on day two.

Dudley relied on all largemouths from the north again, but like Martin, he found the offshore reefs mostly empty, forcing him to some back-up largemouth areas along the bank.

“For whatever reason, those big fish on the reefs didn’t really fire up good today,” Dudley says. “I don’t know why. It could be the lack of wind. Who knows? But I was still able to cull up a little bit at a time fishing isolated stuff along the banks. Tomorrow, I think I’m going to start on smallmouths to get a solid 15 pounds or so in the well to help me relax before getting out on the reef. That offshore bite takes commitment, and when you don’t have much in the well, it’s hard to stay out there on it when the bite is so slow.” 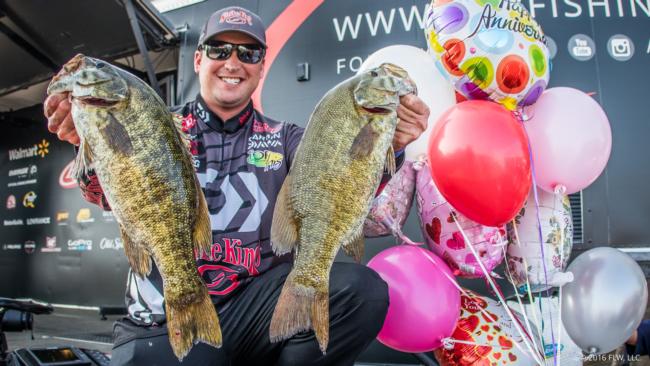 Cody Meyer represents the first pro in the top five who is solely smallmouth fishing. His catches of 18 pounds, 14 ounces and 18 pounds, 3 ounces give him a two-day total of 37 pounds, 1 ounce of pure smallmouths.

“I had a blast today,” Meyer says. “I just sight-fished smallmouths all day long. It was so slick and sunny that I could see way down into the water and pick on the bigger ones I needed to catch. It’s so fun because if I see one, it usually takes only one pitch with the drop-shot to catch it. Some of them come up and eat it even before it gets too close to the bed. It’s one of my favorite ways to fish. I just love it.”