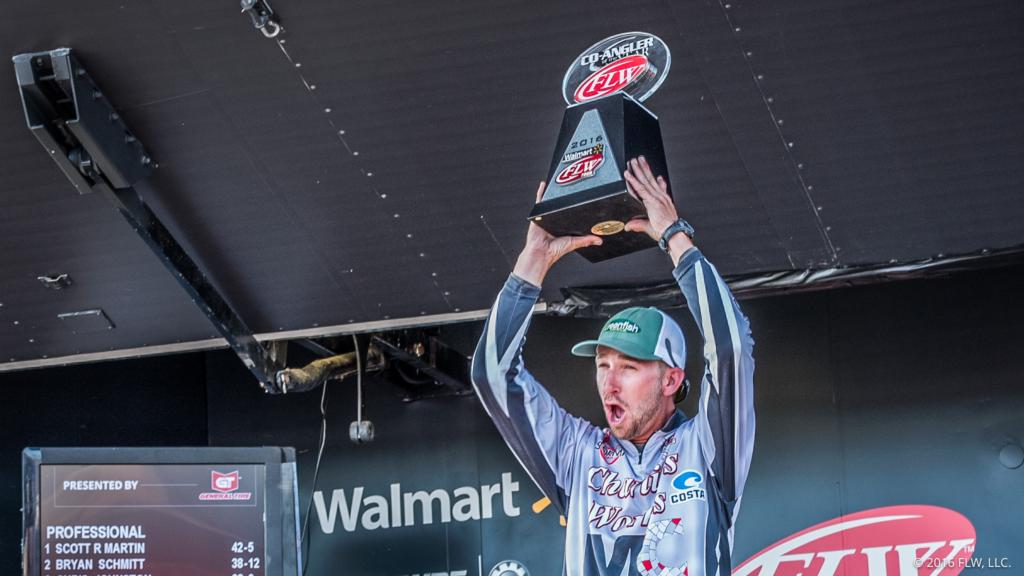 In just five years as a co-angler on the Walmart FLW Tour, Bryan New of Belmont, N.C., has won a Tour event, the Forrest Wood Cup and Co-angler of the Year, the latter coming Friday afternoon after New finished 12th at Lake Champlain in the 2016 Tour finale.

Along with the COY trophy, New takes home a Ranger Z518C with a 200-hp outboard, and he earns the right to fish as a pro in the new Walmart FLW Invitational tournaments this fall.

The COY campaign kicked off for New on Okeechobee in the first Tour event of the season, where he logged his lowest finish of the year – 30th place. From there he finished 15th at Lake Hartwell, sixth at Beaver Lake, 27th at Pickwick Lake and 24th at Kentucky Lake.

“This is way better than winning the Cup,” New says. “It feels so good to finally win this because I have been close so many times. To think that I have all the major accomplishments you can get as a co-angler is unbelievable.”

New has long been a big proponent of the power of finesse fishing as a co-angler, and he never swayed from that this season.

“I didn’t have any different mind-set than I normally do, and I didn’t fish any differently,” he says. “I’m just blessed to be around all the people I am because they support me so much, and I learn a lot from them.”

Growing up in North Carolina meant New got the opportunity to fish against and with guys such as Chris Baumgardner, Matt Arey and Bryan Thrift, among others. And with that caliber of angler at your disposal, it’s hard not to learn how to catch a few bass from the back of the boat. 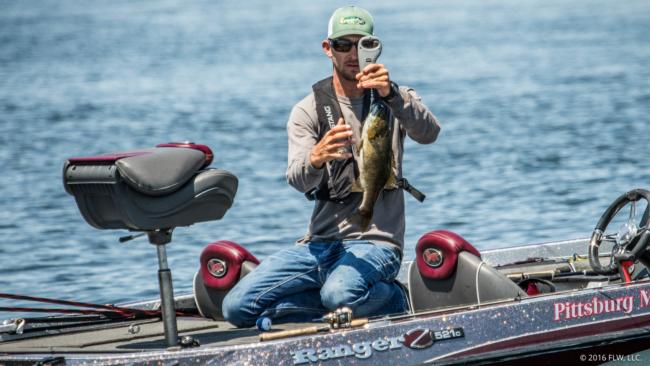 To put in perspective just how good things have been for New on Tour, he has qualified for the Cup every year that he has competed, and in four Cup appearances his lowest finish is fifth. He’s never finished lower than 19th in the COY points.

Stats like that suggest that it’s time for him to step to the front of the boat, and New is considering it. For the last two seasons he’s tested the waters as a boater in the Costa FLW Series Southeastern Division. So far he has competed in five events and experienced the ups and downs that come with making decisions as a boater.

“In 2015 I was only able to make it to two of the events, and I had one decent finish [17th on Lake Seminole] and one terrible one [156th on Okeechobee]. This year I got 21st on Okeechobee and was feeling pretty good, but then I went to Santee Cooper and bombed [finishing 130th] and thought to myself, ‘I’m done’. The final event on Wheeler [fourth place] really helped boost my confidence in thinking I could compete at the pro level. That top-10 finish did more than I ever thought to my confidence.”

New admits that he needs to ink a few sponsor partnerships to feel financially secure enough to transition to the front full time on Tour next season. However, he is ready to test his luck in the Tour Invitational on Lake Norman this September. That event is practically in New’s backyard.

“I haven’t fished Norman that much, but I have been there several times,” New says. “It is only about 30 minutes from my house, and I am excited to see how it plays out.”

The rest of the top 10 co-anglers