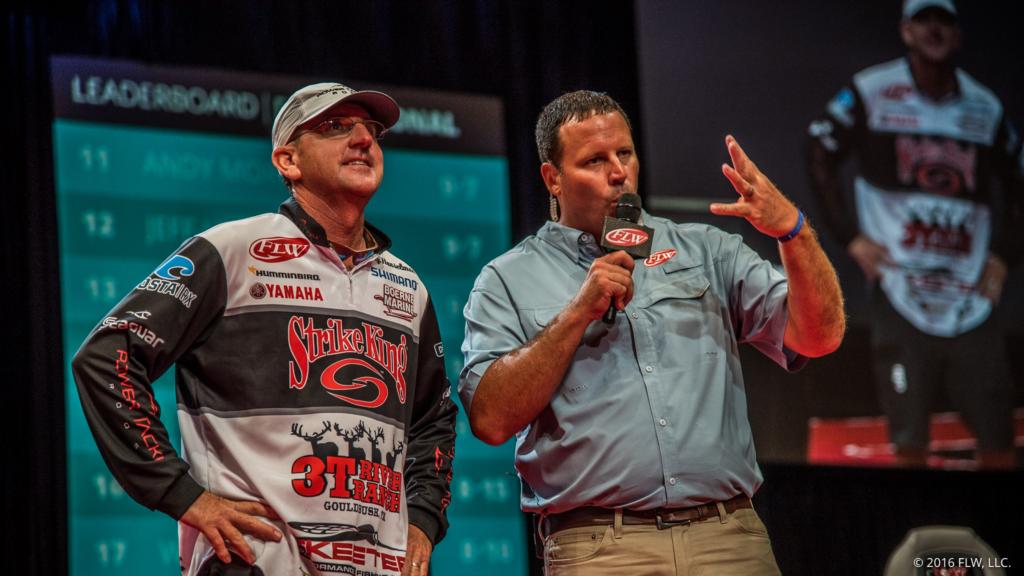 Last year, Ray Hanselman accomplished something that no other professional angler ever achieved – nor is ever likely to again.

He won all three Texas Division tournaments of the Costa FLW Series, and then went on to win the 2015 championship on the Ohio River. It’s a feat that ranks among the all-time greatest exploits in bass fishing.

Part of Hanselman’s reward was qualifying for the 2016 Forrest Wood Cup, but at Lake Wheeler in August, the magic ended. Hanselman is mortal after all. He finished 20th in the tournament, and the Lake Amistad guide will now put his potential FLW Tour future on hold. He’s got a couple of Texas tornadoes to tame: 8-year-old son Mason and 5-year-old son Miles, who are at the age where they’re running full speed 24-7 and too much for mom Misty to handle by herself. 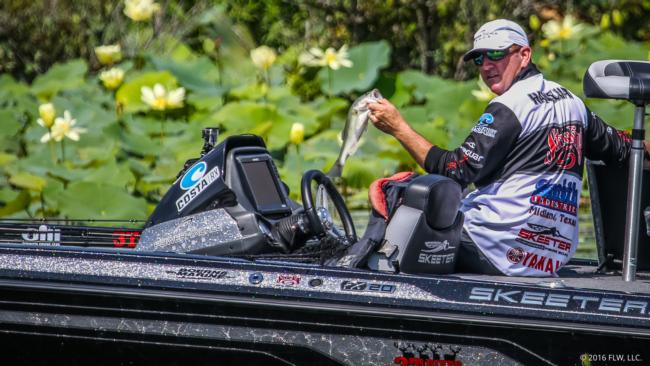 Going into the Cup, Hanselman figured his best bet were a couple of huge lily pad fields that seemed to be tailor-made for frogging. They were in practice, but the fish were fewer and farther between during the competition. Besides, other anglers such as 2015 FWC champion Brad Knight, 2016 AOY Andy Morgan and 2014 AOY runnerup Cody Meyer were sharing the same area – at least temporarily.

“By the looks of things, none of us really did well in the pads we were fishing and we wound up scratching our heads and wondering where the fish had gone. I went to a secondary deal – fishing around industrial structures – and it was actually pretty good. It kept me in the game,” recalls Hanselman. The angler from Del Rio, Texas was 24th on day one, but moved to 15th in the second round on the strength of an 11-pound, 14-ounce stringer.

That was the high-water mark for Hanselman. On day three, he could muster only three keepers and was penalized for one dead bass. It gave him 2-13 in semifinal round and 24-0 overall. For the most part, he fished with a Strike King Rage Menace Grub (glacier) on a belly-weighted hook and a Strike King Sexy Frog (green-pumpkin back with pearl belly). 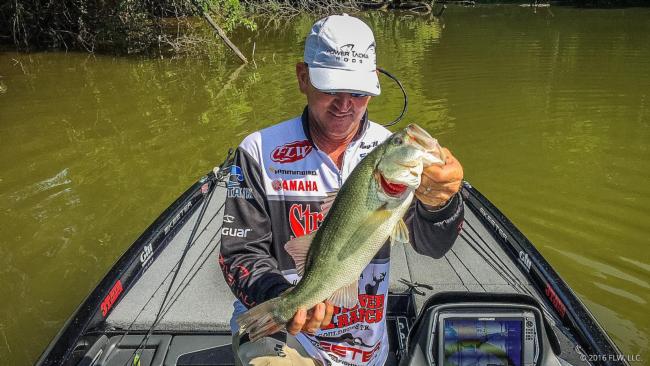 “The second day I went to a place down by Decatur that I had all to myself and caught four or five really fast on the frog. I also had some good blowups that I didn’t hook, but still, I left there with enough weight to get me to the third day [semifinal round] and I was confident that I could go back on Saturday and repeat,” says Hanselman.

As it turned out, Saturday was one of the most unusual days of his fishing career. Before returning to the lily pads, Hanselman caught a small keeper spotted bass on his “industrial stuff,” before moving on. When he reached his best spot, however, an isolated thunderstorm came roaring up the lake.

“It just kept building and building and then the lightning got so bad I stopped fishing and squeezed under the console. I told my marshall [Trey Cotton] to lay down on the deck. The hair on our necks was standing up and lightning was popping in all directions around us.”

After the storm passed about an hour later, Hanselman fished from about 10 a.m. until past 1 p.m. without catching a decent keeper. He reckons that the storm had driven bass out of the shallows and coaxed them into deeper water temporarily.

“I should have known better,” says Hanselman. “That driving rain hitting those pads was like rain hitting a tin roof. They cleared out. I’m not making any excuses, but there was no other reason for those fish to leave. Hindsight being 20-20, I should have left too and maybe gone back up into a creek. Not leaving the pads sooner was the only bad decision I made in tournament that I really regretted.” 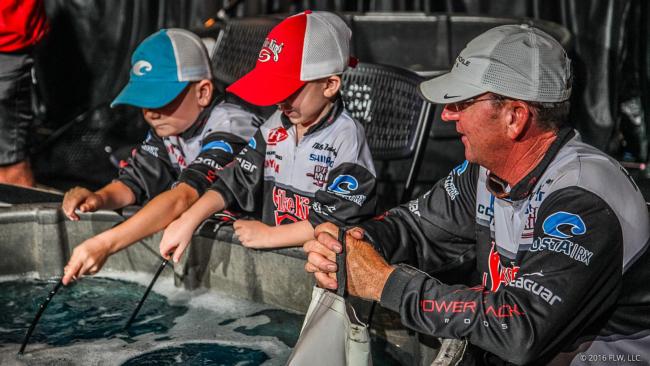 All things considered, however, the 43-year-old Hanselman was grateful for the opportunity to fish the Forrest Wood Cup, and hopes to make a return engagement one of these days.

“It was an unbelievable experience,” he says. “It dang sure makes you want to get there again. The whole experience is addictive – the way they blow it up into a big production. But we all deserved it. We all worked our butts off to get there and it’s always good to have the recognition.”