Taking a Look Around Lake Norman

The playing field for the Walmart FLW Tour Invitational 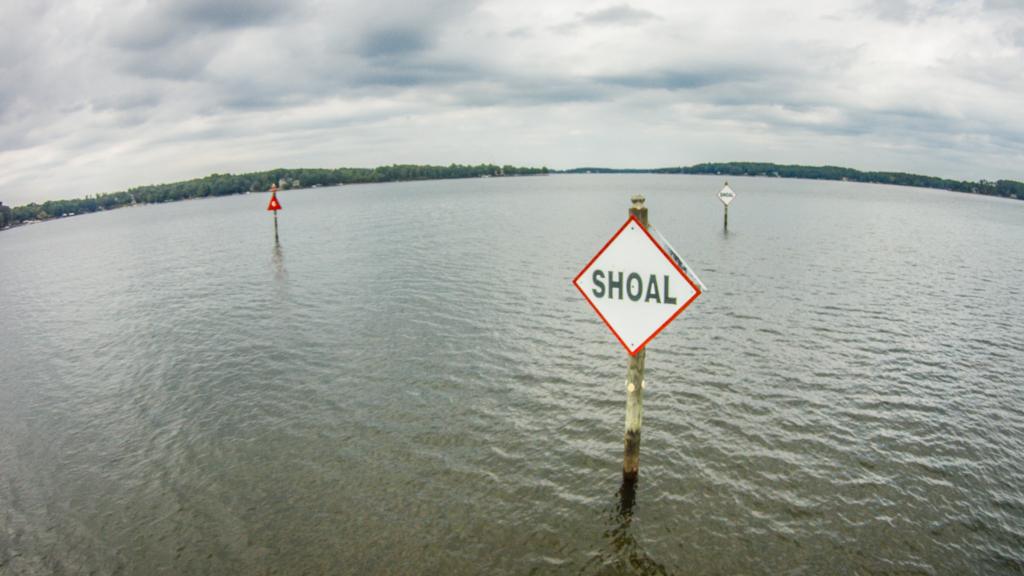 For those of you who haven’t visited Lake Norman before or who want to see it from the air for the first time, here is your chance to view the largest man-made lake in North Carolina from a different perspective.

This week at the Walmart FLW Tour Invitational, pros will cover every inch of Norman to find schooling spotted bass or lazy largemouths in hopes of earning a berth in the 2017 Forrest Wood Cup. Let’s take a look at what Norman has to offer. 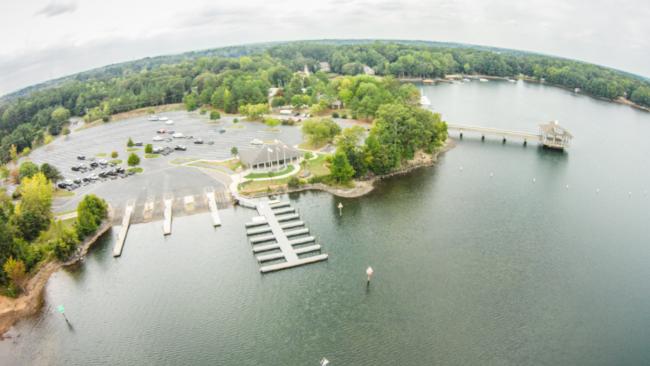 Takeoff for this week’s event will be held at Blythe Landing Park, where anglers will launch and weigh-in all three days of the event, starting on Thursday. Some anglers in the Invitational field will be fishing against top-level FLW Tour pros for the first time. 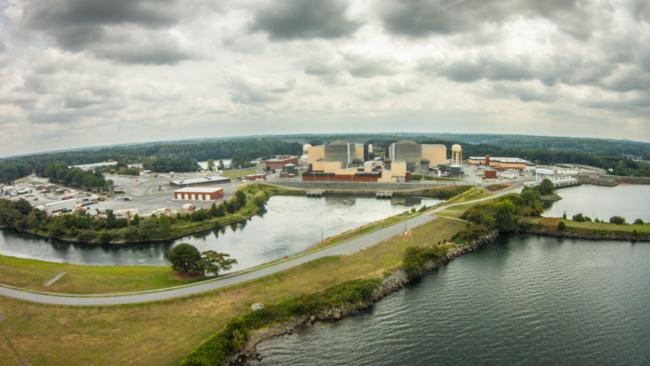 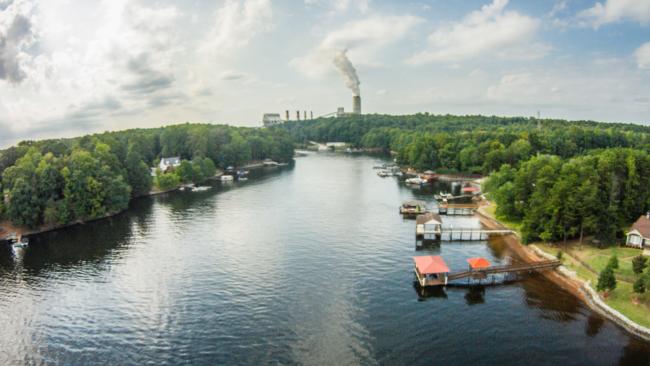 Lake Norman is a power plant lake. Actually, it has a nuclear power station (McGuire Nuclear Station at the dam) and a coal power plant (Marshall Steam Station roughly in the middle) on its shores, and both discharge warm water into the lake. During the winter months the warm water helps keep the lake stable and the fish biting, at least in certain areas. In the summer, it makes Norman one of the warmer lakes around. Despite the extra heat, there is still a lot of “normal” water in the lake due to its size and the layout of the discharges. 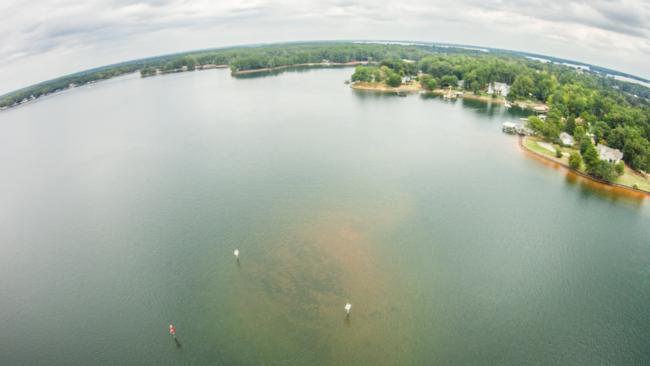 Norman is known for an abundance of schooling and suspended bass, and outside of the spawn, there are nearly always bass chasing bait or hovering under docks. From the center of a cove to the edge of a shoal, schooling bass could pop up almost anywhere. Though an angler might get lucky once and happen to be close to a breaking school at the right time, it will likely take persistence and a good pattern to make a schooling or suspending bite pay off this week. 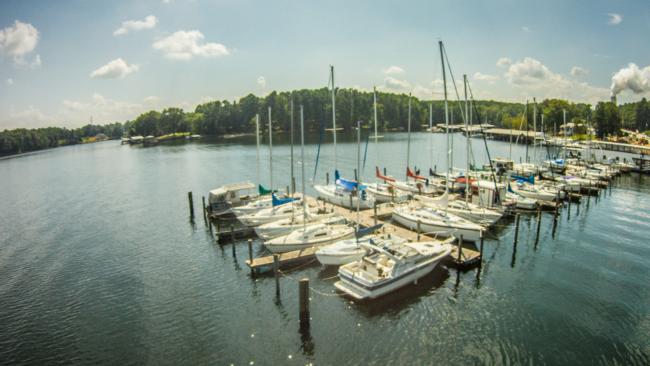 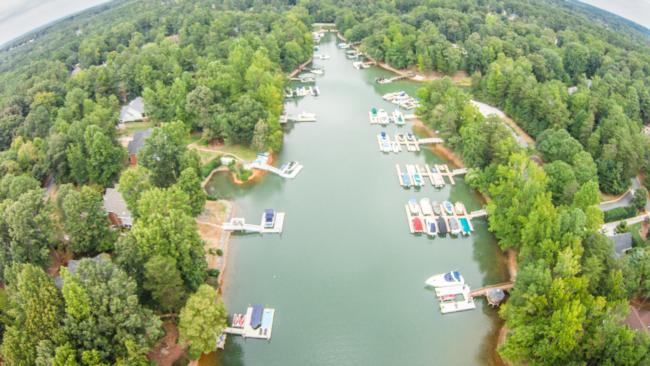 Docks are another constant at Norman. Located just north of Charlotte, N.C., the lake is heavily populated in areas and very busy on summer weekends. Docks are part of lake life on the reservoir, and they offer almost endless variety. From big floating marina docks to single-pole docks, there are plenty to fish.

The cover and structure around the docks can be just as important as the dock itself. On the lower end of the lake, the bottom around many docks has been dredged out for access with boats. The edges and holes created by dredging provide structure that bass can relate to. Throughout the lake, many anglers have planted brush piles under or near docks, and it’s been proven that bass on Norman like brush. 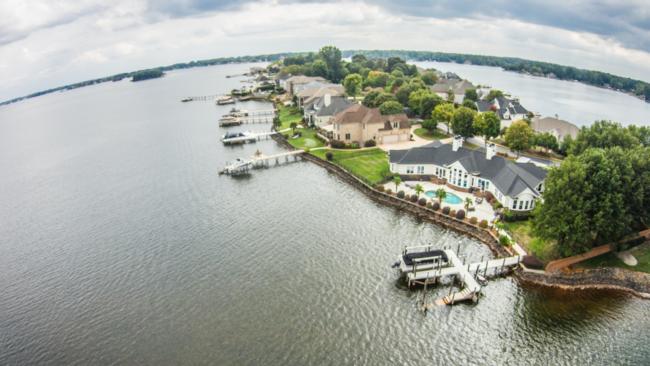 “Million Dollar Island,” as it is known by the locals, offers a good example of some of the homes on Norman. Despite lacking mountains or big vistas, the scenery on Norman can sometimes be just as impressive as the fishing. 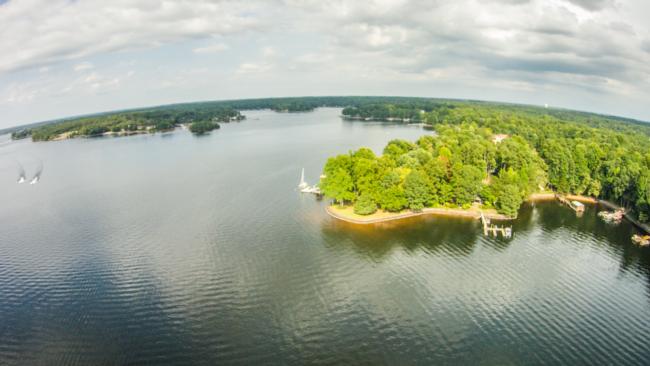 Points are always good, and Norman is full of them. Ranging from steep, little points farther up the lake to long, tapering points near the dam, there’s a wide range from which to choose. While some anglers are likely to pull up and fish a whole point, many will just stop on one or two particular areas, be it a brush pile or where they’ve located a small school of spotted bass. 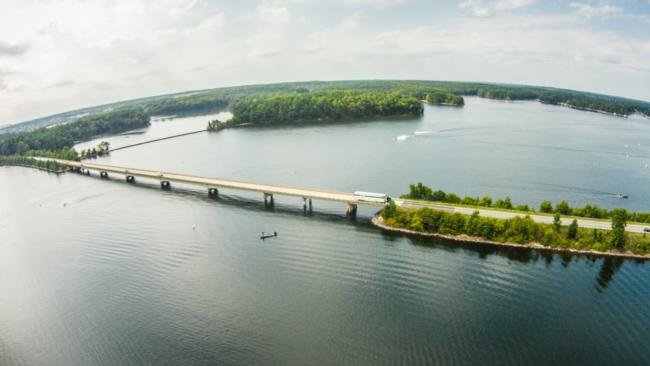 The Highway 150 bridge crosses about two-thirds of the way up the lake. Historically, the water above the bridge was known for largemouth fishing, while the rest of the lake was known a bit more for its spotted bass. Now, with the spotted bass seemingly growing and multiplying everywhere, that delineation can be safely shelved. Today, the bridge serves merely as a nice marker between the lower and upper ends of the lake. 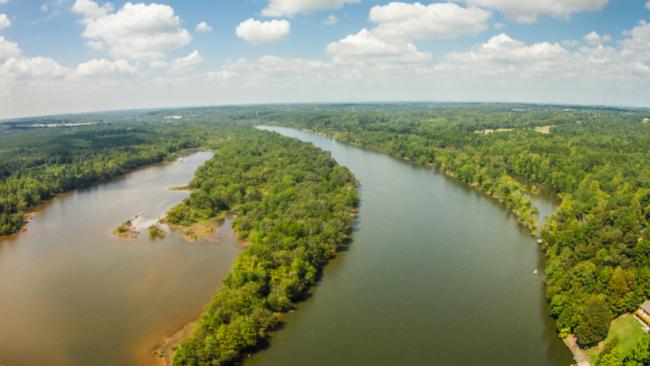 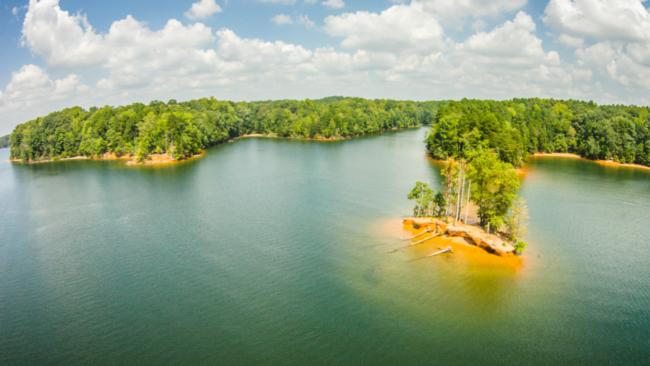 Above the bridge, development begins to thin out a little, and the lake narrows. It remains fishable and navigable almost to the dam at Lookout Shoals Lake, and we might well see some pros make the 35-mile trek up into the headwaters of Norman in search of river-dwelling bass that are under a bit less pressure than the lake fish.