Running and gunning is starting to reign on Norman 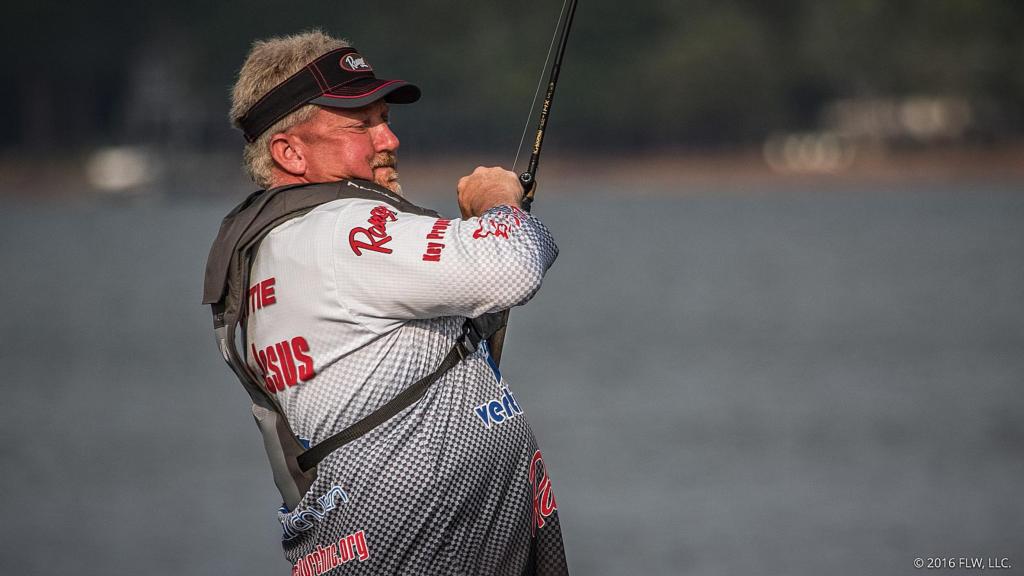 The run and gun play is starting to gain momentum at the Walmart FLW Tour Invitational presented by Lowrance on Lake Norman. Not only has Scott Canterbury taken the lead by covering a lot of shallow water for better quality in the afternoons, but several other runners and gunners have pulled up in the standings as well. What is amazing is how tight the weights are at this point – the top five is separated by just ounces. Here is a look at how the top five are catching them through day two. 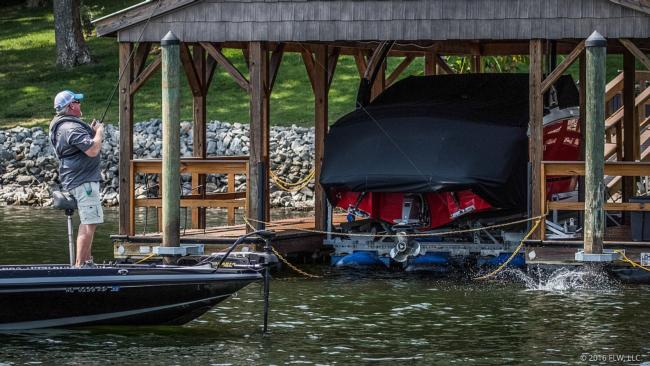 Local pro Scott Beattie is closing in on what could be his biggest win on his home lake. Beattie fished his pet offshore holes yesterday for 12 pounds. But when he sampled them again today, he noticed things had changed. He changed, too, reeling in 11 pounds, 10 ounces to be within 6 ounces of the lead.

“It wasn’t working,” Beattie said of his offshore bite. “I tried it for a while, I could see them on the screen but they had come lose off of the cover and started roaming around out there and it sort of spun me out for a bit.”

Beattie soon headed to the bank, promptly caught a fish on a topwater and got back on track. Once he realized there were more cooperative fish up shallow, he started running some of his sneaky spots along the bank.

“I started hitting little bends in the bank, stumps, docks, brush and laydowns,” Beattie says. “It was all new stuff compared to yesterday. Once I realized they weren’t on that cover out off the bank, I knew I had to move up and target some of those roamers up shallower.” 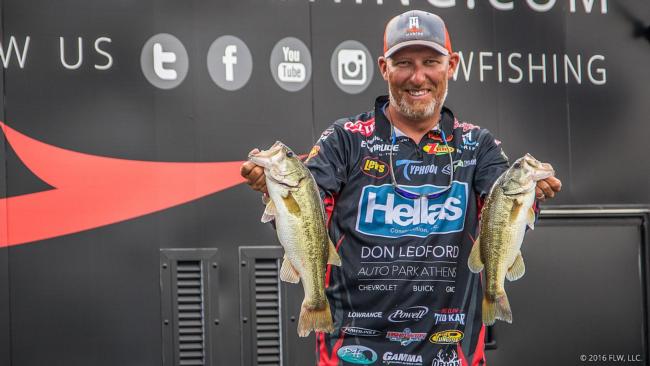 Strader is another pro who has no problem staying on the run, fishing whatever he comes to next. This week he has alternated between current, offshore brushpiles and bank running with a topwater to do his damage.

Similar to Beattie, Strader noticed his deeper brushpile fish were not as cooperative today, so he stayed on the bank longer.

“Some of that decision came from the clouds and wind, too,” Strader says. “It was just a better day to run the wind with a topwater with those heavier clouds. Plus, the more I fish that way, the more I’m getting clued in on the specific little types of banks and stretches they’re on. Also, I just feel the better quality fish are up on the bank eating those bream. Those current and brushpile fish are living on those little bitty shad and I think on the average, they’re not going to weigh as much as those bream eaters.” 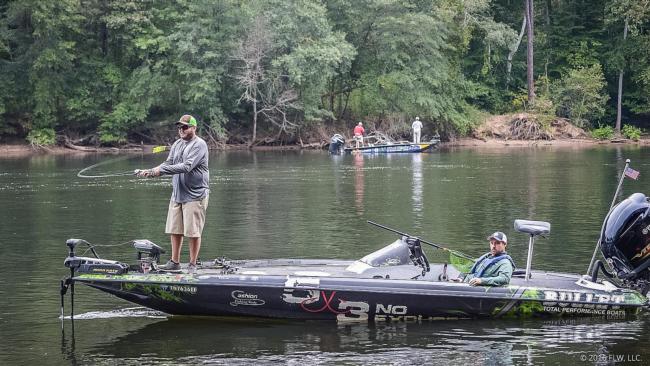 Michael Neal has played the current in the river for a majority of his catch this week.

The only problem Neal is having is determining when the current is going to run and when it’s not. As a TVA expert, he is used to having a nice generation schedule to go by. But at Norman, the current is unpredictable in the river.

“It’s like they’ll run water for 45 minutes and then shut it off for an hour, then run it again and then shut it off – there seems to be no rhyme or reason to it,” Neal says. “It’s obvious when they run it because the water rises and the current runs pretty hard. But then it will just suddenly shut off and the bite goes dead.”

Neal says he has figured out some other places to run while there is no current, but knowing when to be up the river can only be determined by checking the river periodically to see if the current window is open. 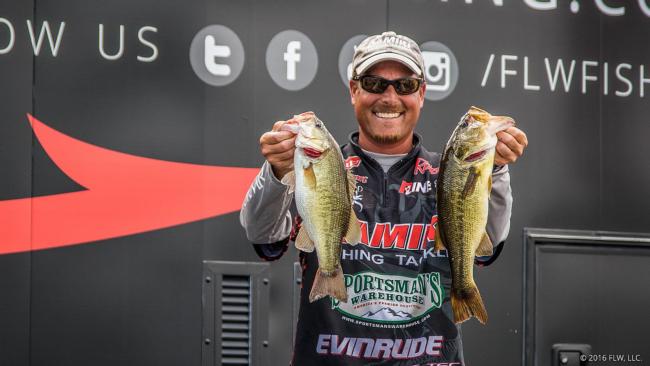 Lake Norman helped mold Thrift’s signature run and gun fishing style. He loves fishing Norman because it offers an endless supply of cover to throw a lure to. He especially likes fishing multiple-day tournaments on Norman because he believes that the more pressure that is applied to the obvious fishing spots by the field, the better his chances are at catching random roamers along more obscure banks.

“That’s what makes fishing here so much fun,” Thrift says. “There’s so much stuff, it’s a junk fisherman’s paradise. If you make the right cast to a random piece of cover and catch a lone 4- or 5-pounder, you’re golden. You can get a solid limit doing just about anything you want to, but to catch a quality fish, you have to be junk fishing, looking to get your lure in front of a bank roamer. And I’ll probably spend a lot of time doing that tomorrow.”