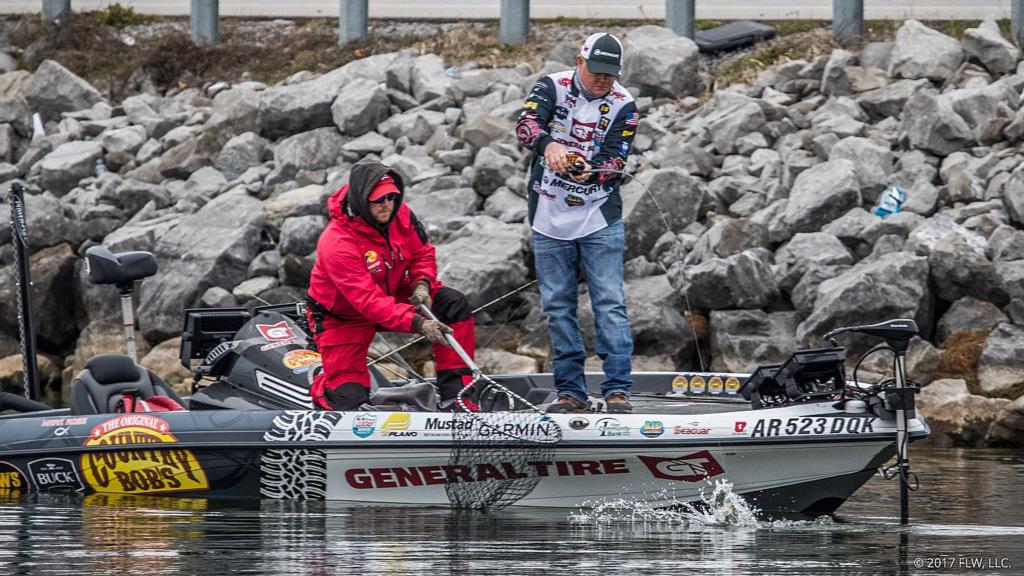 Pros fishing the FLW Tour event presented by Lowrance on Lake Guntersville today didn’t need a groundhog to tell them more winter was ahead. Anglers got that memo when daytime temperatures dropped lower than the morning temperatures. What began in the mid-50s this morning turned to mid-40s by weigh-in time, complete with light drizzle and bitter northwest winds.

The weather didn’t dampen tournament leader Jay Kendrick’s patterns, but the rest of the field found Guntersville’s bass to be a bit less cooperative than normal.

Typical for cold-weather tournaments at Guntersville, there were few bites, but the ones that did bite were big. Patterns ran the gamut from bridges and riprap to milfoil and eelgrass with the rocks tending to give up the quality and the veggies trending toward quantity. 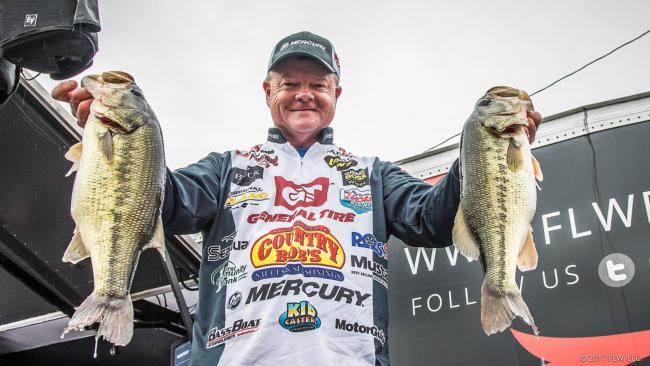 Mark Rose put his extensive Tennessee River knowledge to use today for a 22-pound, 4-ounce catch that put him in second place. But instead of going deep, as the ledge master is known for, Rose went shallow for his bites, hitting seven or eight different areas, some of which were obvious riprap places.

“I’m actually fishing shallow on the Tennessee River for a change, and I’m liking it,” Rose says. “I tried to find some big prespawn bass on shad out on deep stuff in practice, but none of it worked out, so I moved up and I started getting a few bites.

“I really had to slow down and work lures methodically to get bites today,” he adds. “I can’t just go ripping through a place fast. I had to slow way down. I caught some on a jig and some moving baits, but it’s all about being slow.” 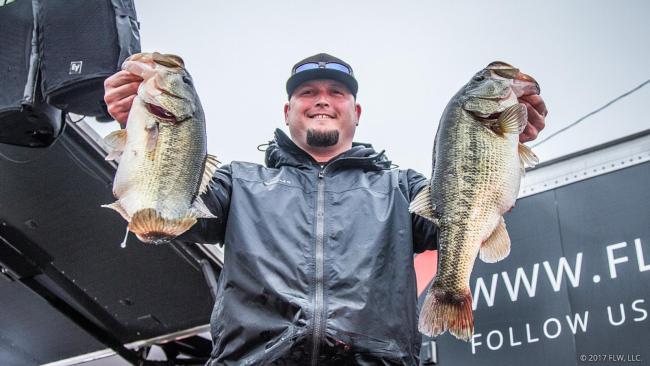 Stephen Patek spent most of his day grinding in one general area that produced his 21-pound, 4-ounce third-place catch.

“I only got five bites all day, and four of them came from one specific spot about the size of two boats,” Patek says. “Each time I made a pass through the area and hit this one spot, I caught one.”

Patek says that he’s not playing the bridge game, but rather found an area with a mix of milfoil and eelgrass.

“There is definitely eelgrass on the best spot,” he says. “I can see it on my depth finder. It’s identifiable because it looks different from milfoil or hydrilla.” 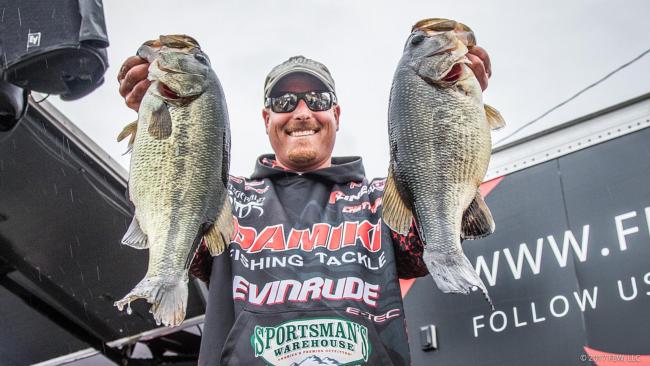 Thrift’s philosophy in the prespawn is to make as many stops a possible, fishing for single fish that have just moved up. 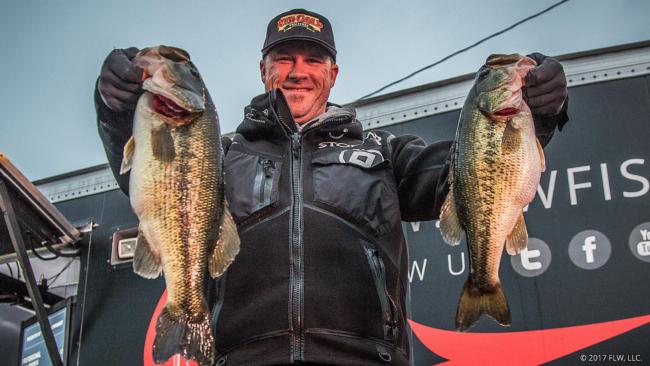 Todd Hollowell rounds out the top five with 20 pounds, 12 ounces.

Hollowell was in the last flight, giving him nearly 10 hours to fish, and his bite count for the day was only five.

“I didn’t even have my first bite until noon,” he says. “And from there it was just one here and one there.”

Hollowell did say he worked in some bridge fishing, which helped.

“The problem with that whole bridge deal is it’s such a timing thing,” he says. “If I can find an empty stretch on a bridge at the right time, I can get a bite, but it takes time to sort of look and wait for the right opportunity. So I did put a few bridges in the mix. But I also caught a nice one off a dock. So it’s really just junk-fishing for me, and the long day helped with that.”