Inconsistency is the order of the day 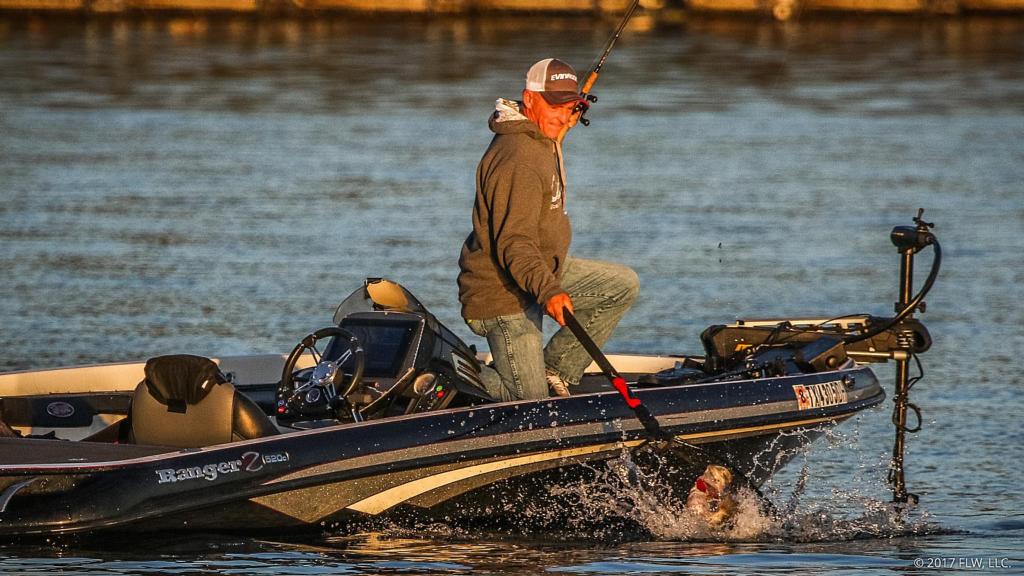 Consistently inconsistent – that’s the best way to describe how the FLW Tour event on Lake Travis presented by Quaker State is shaping up after day three on Saturday. Some pros have weighed in a big limit one day followed by a mediocre catch the next day, while others pros who had a terrible first day bounced back with a huge comeback the following day. But through it all, no one has really been able to repeat big catches with the same pattern or area all three days.

In addition, the patterns that have produced the big one-day catches – from flipping bushes to dragging out deep to fishing marina docks – have been all over the board. They all seem to shine for one day and then disappear, leaving pros frustrated as to why they could dial it in one day and not the next.

Although day three dawned beautiful, sunny and slick calm, many of the top-20 pros were caught off guard by the large volume of pleasure boat traffic that turned Travis into a giant washing machine. Due to the unpredicted big seas, two pros in particular were dealt costly late penalties. Here’s a closer look at what happened inside the top five. 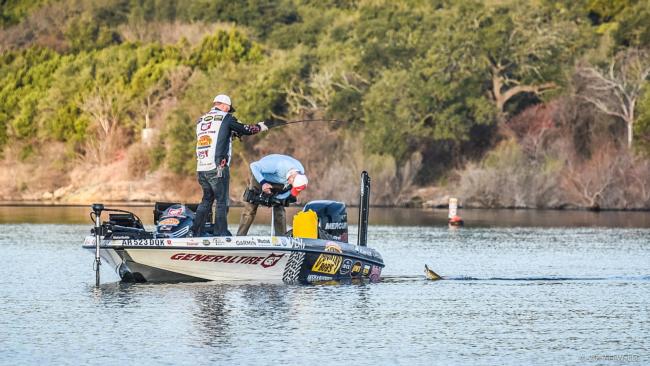 Over the last two days, Mark Rose has been the only pro to find some solid mid-teen consistency in his limits, weighing in 17-3 and 15-13, respectively, to put himself in position to possibly win two back-to-back FLW Tour events.

Rose seems to have found his groove over the last two days, fishing out in water as deep as 30 to 50 feet.

“Shallow on this lake is 15 to 20 feet,” Rose says. “A lot of the tops of these big flats point are in 18-ish feet of water and I consider that shallow here. I can catch some fish up on top, but I’m also catching them on the stair-step-type breaks off those points that fall off into 50 feet of water.”

Rose says he is seeing a lot of his fish on his graph as he eases up to the point and casting on top of it.

“I’ll watch my graph while I’m dragging around up top and if I see a fish or two on my graph suspended off the break, I’ll just back off and fish deeper, dragging a big jig and a Carolina rig off those stair-step ledges.”

Rose’s day got off to a great start Saturday when he caught a roughly 6-pound fish on a swimbait.

“I haven’t thrown a swimbait all week,” Rose says. “In fact, I didn’t even have one tied on. I had some laying in the boat this morning, so I tied one on at my first stop and on my second cast I caught that big one. I threw that thing all morning and never got another bite on it.” 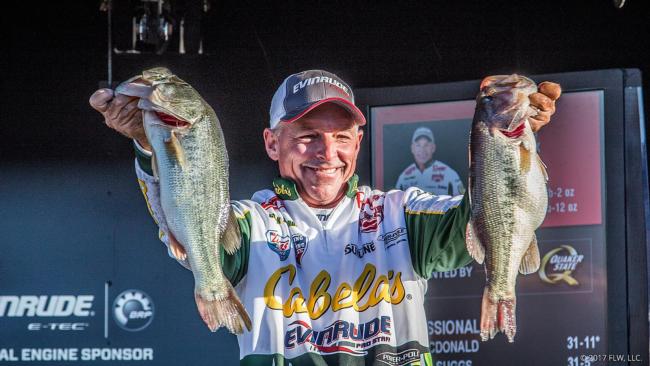 While a lot of focus has been put on the Thrift and Rose contest, well-known local Clark Wendlandt is lurking in third, waiting for his chance to strike on day four.

All week Wendlandt has started deep and then moved shallower as the day progressed. He spends time in the shallow areas along the bank in the afternoons waiting on a big wave of fish to move up. If that happens Sunday, Wendlandt could be the one who keeps the Travis trophy right at home in Leander.

“I’ve got one deep place where if I get a bite, it’s going to be a big one,” Wendlandt says. “It’s where I caught the big one yesterday [Friday] and my two biggest ones today. But my problem is I just can’t fish that way all day here. It’s hard for me to just drag around slowly all day on those deep places when I want to get up there and just fish. But fishing shallow in the afternoons has not paid off much for me yet. It’s going to take a movement of fish tonight to make that happen tomorrow.”

Wendlandt did allude to the fact that he still has two or three deep places he has not sampled yet and he will probably throw them in the rotation tomorrow. 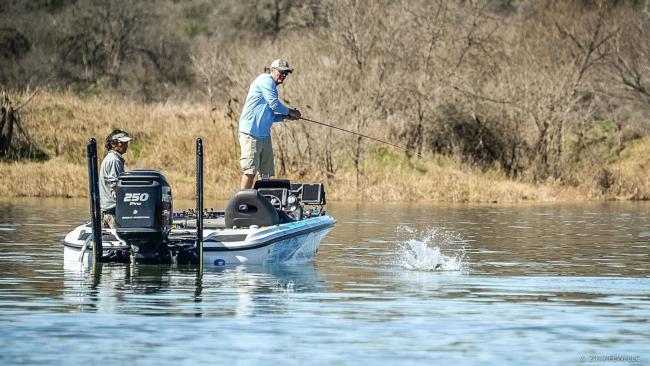 Dylan Hays hasn’t caught a huge limit yet this week, but his limits have been extremely consistent. Hayes has checked in weights of 14-15, 13-7 and 12-10 for his first look inside the top five.

Hays would actually be a place higher in the standings, but he was one of the pros who got caught off guard by the sea of pleasure boaters in Travis’ lower end, causing him to be a minute late and costing him a pound in weight.

Hays has spent most of his week far up the Colorado River fishing current-related areas. Today those areas went flat on him and he had to drop back down the river and rely on a single underwater point that produced a majority of his catch.

“The current was running this morning, but something changed up there and they just quit biting,” Hays says. “Thankfully I had one other spot further down the river that I have caught a few keepers on this week and that spot really bailed me out today.”

“I just wish I had left from up there a little earlier,” he adds. “Being way up the river I just had no idea so many big boats were out enjoying the beautiful weather down here on the lower end and that slowed me up quite a bit.” 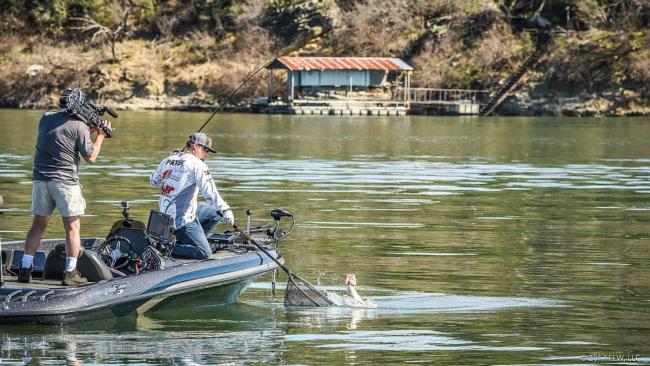 Day two leader Stephen Patek got hit the hardest with a late penalty today, checking in four minutes late and costing him a painful 4 pounds in weight. Like Hays, Patek had no idea that spring break had started a little early on the lower end of Travis and he got mired in a sea of swells that cost him.

Despite the penalty, Patek stayed in the top five by catching staging fish on deep points and saddles with a Carolina rig.