Tools to tackle floodwaters in springtime 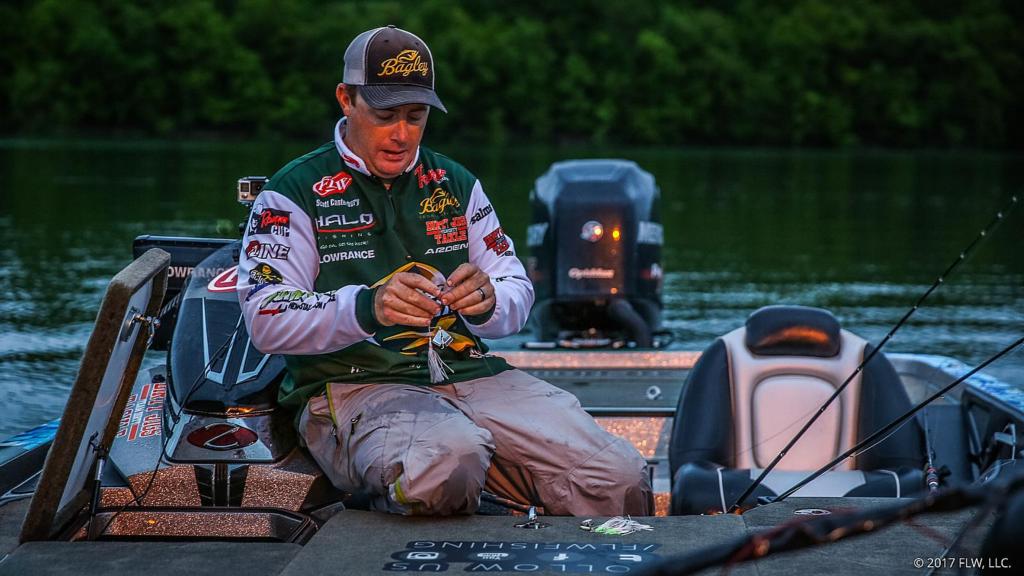 Torrential rain, rising water levels and wildly fluctuating conditions made for a tough and unpredictable bite during the FLW Tour event on Beaver Lake presented by General Tire. Many pros discovered that what might have worked in practice didn’t work at the tournament’s start, and what might have worked at the start didn’t work at the end. It was that kind of tournament – a scramble to find something, anything, to catch just enough fish to survive and advance in extremely tough conditions. Many pros relied on a junk-fishing strategy to find their fish, bouncing from one spot and pattern to another, and the top 10 baits reflect that lack of an obvious pattern. If there was a predominant bait at Beaver this year, the jig was probably that bait, but many in the top 10 relied on a variety of other baits to make their weights. 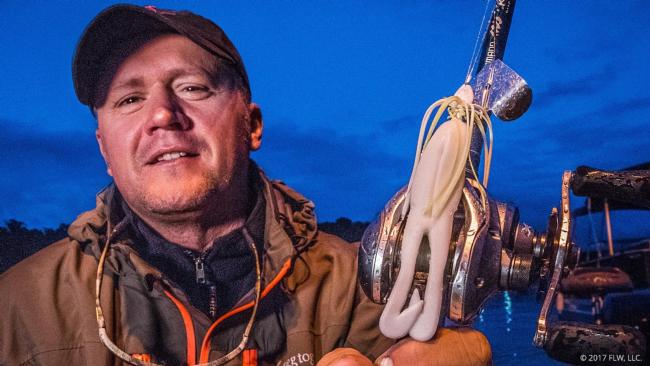 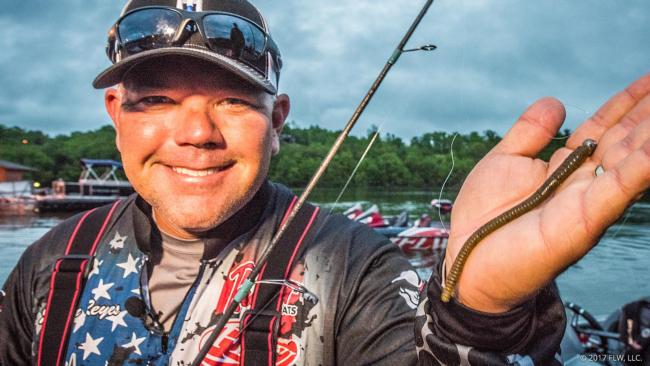 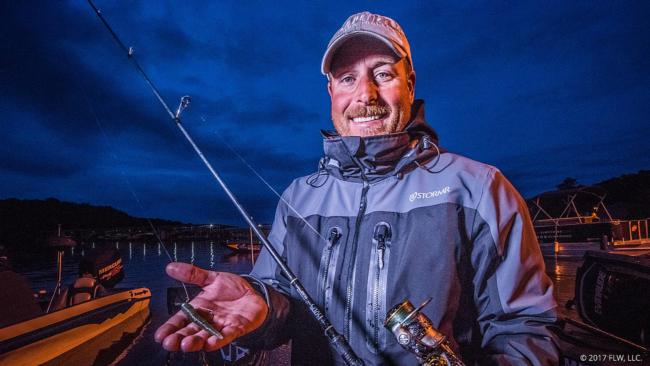 3. Bryan Thrift was Mr. Consistency once again, notching another top-10 finish by relying on a green pumpkin Damiki Stinger on an open jighead. His combo was similar to a Ned rig. 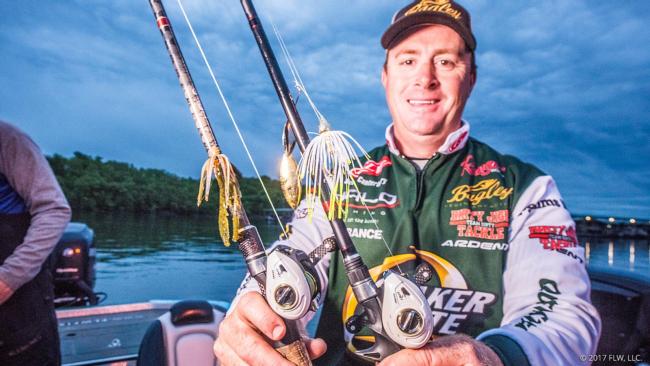 6. Scott Canterbury threw a variety of baits during the tournament, but the two that got the most action were a white and chartreuse War Eagle spinnerbait and a Dirty Jigs Scott Canterbury Flippin’Jig. 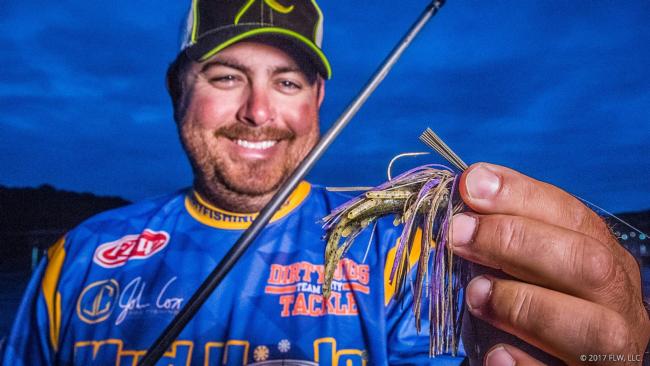 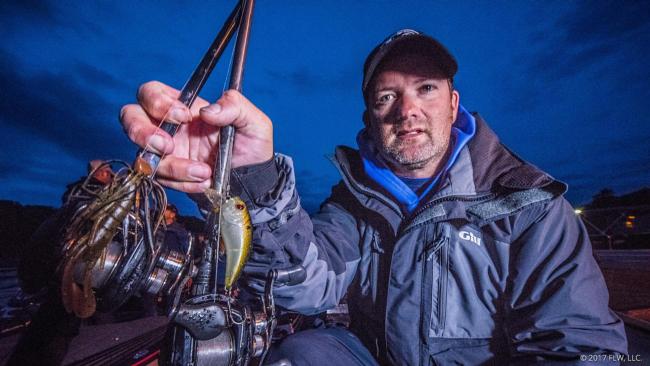 8. Christopher Brasher was the only top-10 pro who relied on a crankbait as part of his repertoire, switching up between a 6th Sense Movement crankbait and a 1/2-ounce Black Angel jig. 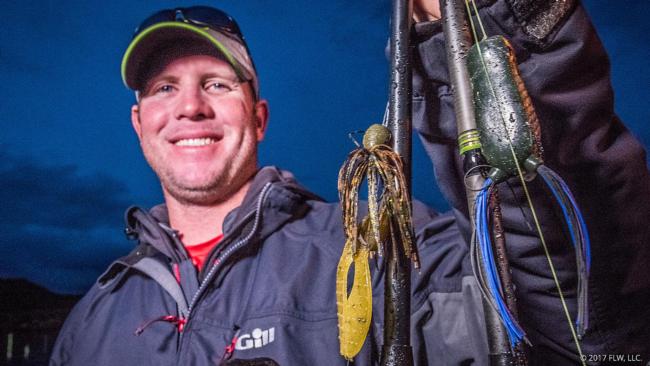 9. Brandon McMillan’s go-to bait at Beaver was a 1/2-ounce 4×4 jig with a Zoom Super Chunk Jr. trailer in golden craw. He also caught some fish on a SPRO popping frog. 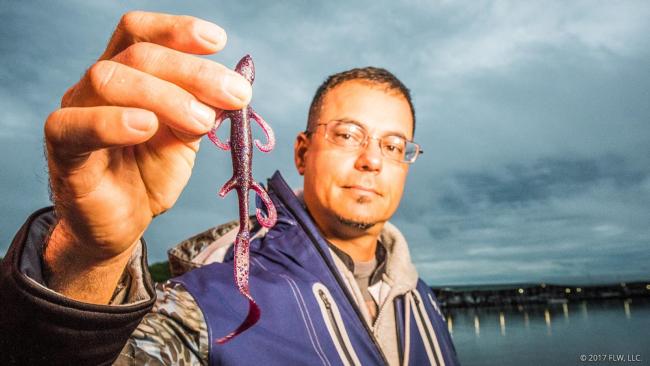 10. Dean Alexander was one of the few who mostly stuck to a single bait for his bites. In this case the Georgetown, Texas, pro threw a 6-inch Zoom Lizard in blue fleck.