Can we go ahead and give it to Thrift? 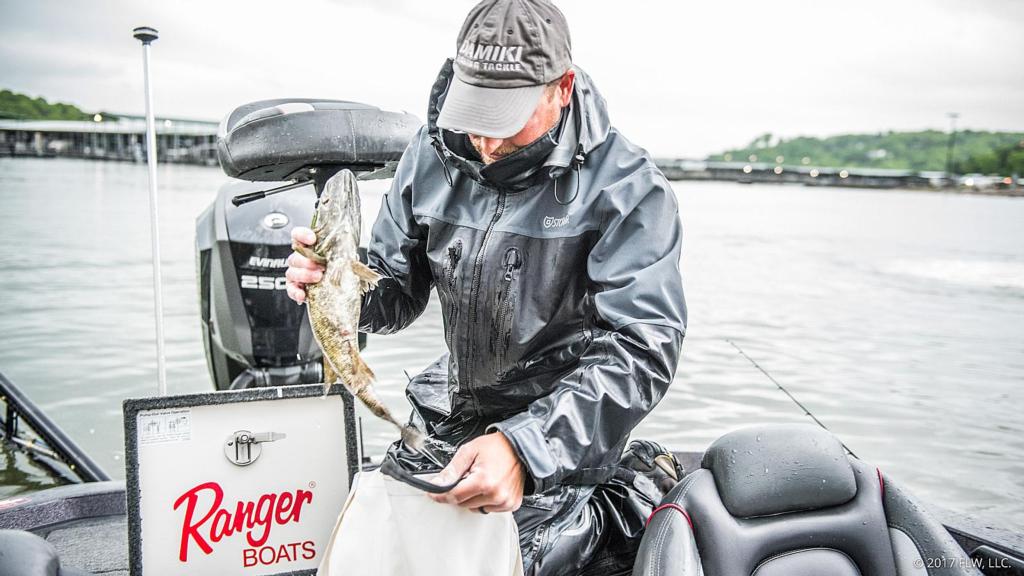 Thrift has four top-10 finishes through five events, and his “worst” finish was 12th place at Lake Cumberland. His average finish is fifth. FIFTH!

The record for highest average finish in a Tour season is 7.6th place, which was set by Thrift (who else?) in 2010. That season was shortened to five tournaments because the Red River event was cancelled due to high water.

To give you an idea of just how well Thrift is fishing, here’s a list of average regular-season tournament finishes by AOY winners throughout Tour history, rounded to two decimal places.

As you can see, Thrift is on the most dominating AOY pace in FLW Tour history. Frankly, he’s kicking so much butt that everyone pretty well believes he’s already won the award. At least, everyone but Thrift believes it. He seems pretty terrified of the last two events, which will be on the Mississippi River in La Crosse and the Potomac River.

“I don’t like rivers,” he said at the final weigh-in on Beaver Lake, when asked about his AOY chances.

In particular, Thrift is worried about the finale. The last time the Tour visited the Potomac was in 2015 for the finale, and Thrift coughed up the AOY lead to Scott Martin with a 74th-place finish.

Maybe as a result of that 2015 upset Thrift feels like there’s some bad juju at the Potomac, but his results there aren’t entirely bad. He finished sixth at the Potomac in a May 2012 Tour event.

Still, Thrift isn’t comfortable with his lead and has been fishing as if he has to stockpile enough points before the two river tournaments to allow him the cushion of a complete bomb at one event. He told one FLW reporter at Beaver that he wouldn’t feel comfortable without a 200-point lead going into the Potomac. We’re still not sure if he was exaggerating.

In terms of AOY points, Thrift has 980. That’s 33 more than he had after a full six-event season in 2016, when he finished 19th. Thrift leads Alabama pro Scott Canterbury by 84 points and Casey Scanlon of Lenexa, Kan., by 93 points. Mark Rose, who won the first two Tour events of the season, is in fourth place and a whopping 100 points back of Thrift.

Only time will tell if Bryan Thrift will win his second AOY prize. This is fishing, and weird things happen all the time. Thrift could post back-to-back 100th-place finishes at the next two events, allowing one of the studs behind him to snatch away his trophy. I wouldn’t bet on that happening, though.

Here’s more on the chasers. 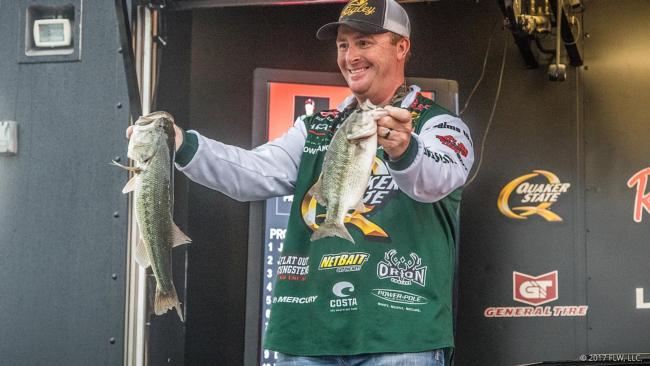 Canterbury put together back-to-back top-10 performances at Cumberland and Beaver to give himself a chance at catching Thrift.

The Alabama pro is a river fisherman back home in Alabama, and he’s skilled at any shallow tactic, which means he ought to have a shot at a good finish in La Crosse. He’s done pretty well at the Potomac, too, including a top 20 in 2015.

Probably the biggest advantage for Canterbury is that he has zero pressure in the second-place spot, while Thrift is feeling the weight of being the man on top.

La Crosse will determine a lot in this race. Everyone should catch fish, and it might be a tournament where a few ounces in the weigh bag can equate to a big move up or down the standings. If Canterbury can close the gap to 50 or so points, watch out for him in the finale. 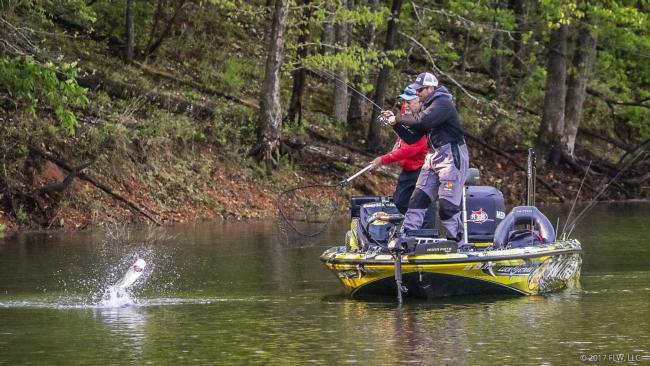 Scanlon is having a tremendous first year on Tour, and is going to be fishing his first Forrest Wood Cup this summer. Whether or not he also wins AOY really depends on how the two superstars ahead of him perform in the coming events. They won’t give it up easily.

The Kansan is in the race still because he’s finished no worse than 25th in the last four events. He’s cashed a check at every stop, too.

As discussed in previous AOY updates, Scanlon has had decent luck at La Crosse, but has little history on the Potomac. He’s a wild card. 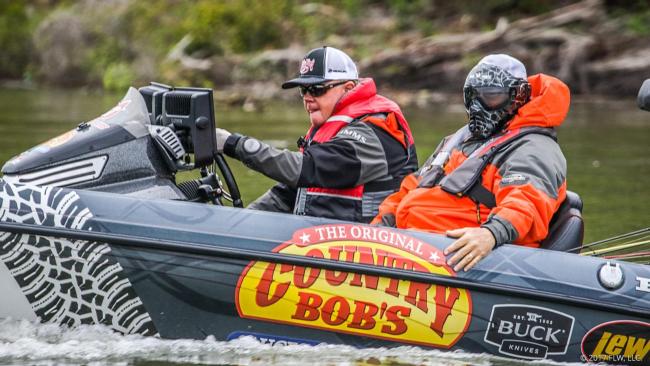 After winning the first two tournaments, Rose has hung around the top of the standings with steadily improving finishes of 65th, 35th and 23rd. He’s a river rat who should be chomping at the bit to fish La Crosse. Expect a strong finish there. His last two Potomac River finishes were 28th and 23rd, which suggest no weaknesses at the final destination. 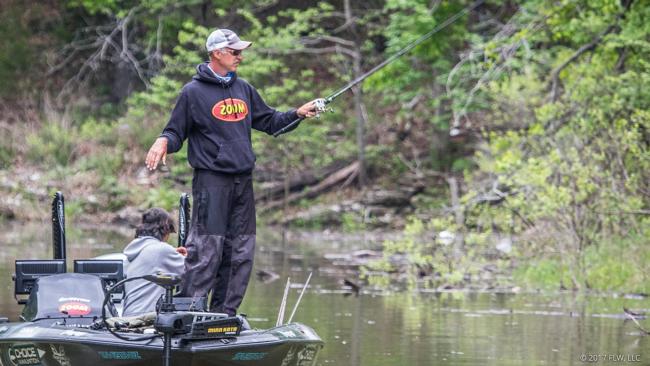 Why not add Morgan to the AOY mix? It would almost feel weird for him not to have a shot. Still, Morgan needs to make up 133 points in two events if he wants to catch Thrift. Can he do it? It’s Andy Morgan. Of course, he can. Doesn’t mean he will, though.

Morgan can catch fish anywhere, and odds are he’ll be able to throw a jig or a shaky head and catch good limits each day at the two final events. How he fares at the Potomac is probably more up in the air than at La Crosse. In 2012, he posted a triple-digit finish, but he righted the ship with a runner-up spot behind Clark Wendlandt in 2015.